AppleInsider
Posted: June 7, 2021 10:04PM
in iOS edited June 2021
Apple's new iOS 15 update contains a number of smaller features and changes, such as an EXIF data reader for Photos and a baked-in password authenticator. 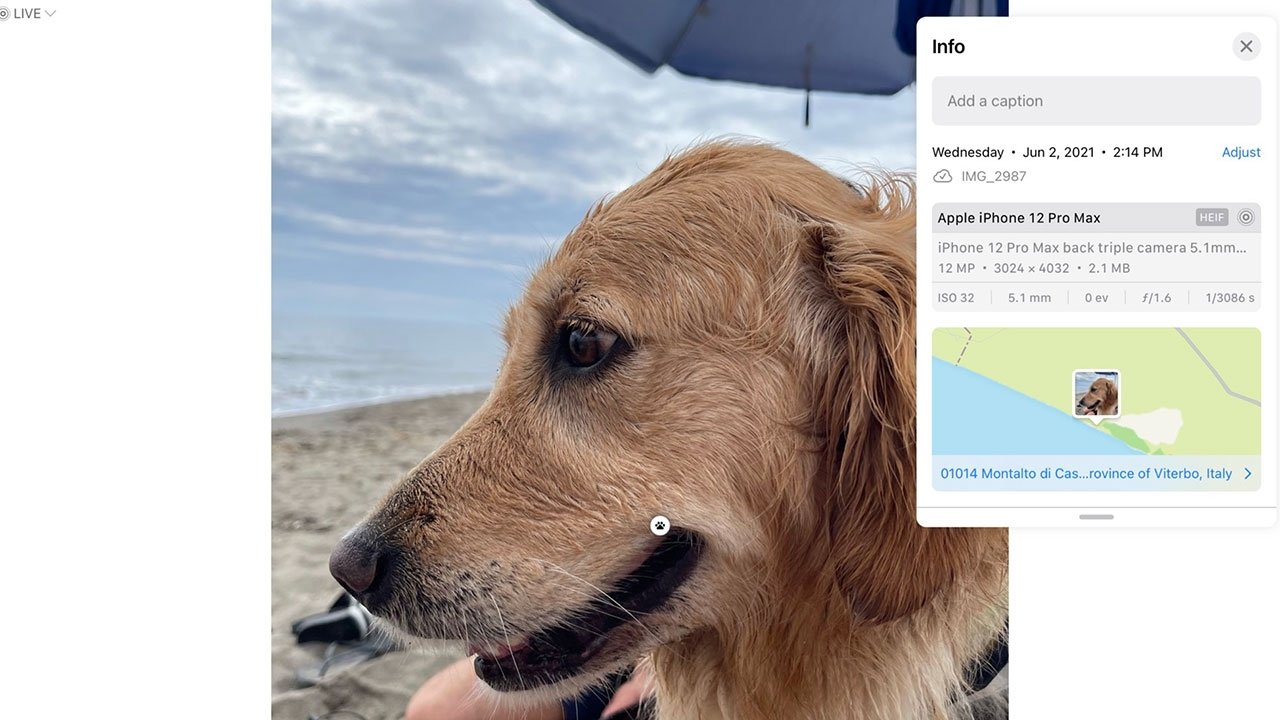 After years of going without, Apple's native Photos app gains the ability to view and edit EXIF metadata. According to developer Federico Viticci, users can adjust a photo's time and date manually within the metadata viewer.

The feature also surfaces object recognition based on machine learning. For example, Viticci's picture of a golden retriever results in a pop-up with Siri Knowledge on the breed and similar photos found on the web.

One of the features of iOS 15 not mentioned during the keynote was an authenticator tool built into the operating system. Authenticators are typically used for two-factor security, generating codes for websites and apps to safely confirm the identity of the user.

Verification codes can be set up within Passwords in the Settings app, which can automatically fill into a login page when required, rather than requiring user input. It also means users won't need a dedicated third-party app for the security feature to work.

Apple is including the option for users to set one or more contacts as an Account Recovery Contact, to help with getting back into an Apple account.

Apple is also introducing the Digital Legacy Program, which enables users to designate people as Legacy Contacts. These individuals will be able to access the user's account and personal information in the event of the user's death.

In iOS 13, Apple removed a magnification loupe that appeared when moving the cursor in text, a feature that made it easier to tell where the cursor is currently located. The feature is making a return in iOS 15, with a pill-shaped loupe.

The Magnifier app also becomes a default app in iOS 15.

Apple created a number of new Widgets for its first-party apps and services, including the App Store, Contacts, Find My, Game Center, Mail and Sleep.

Game Center gets two distinct widgets, one for jumping back into a recently played game and another for checking in on what games friends are currently playing. Users can see one email from a selected mailbox in the Mail widget, while Sleep shows recent data and a sleep schedule overview.

A big part of the marketing themes for WWDC 2021, Memoji gain multiple changes in iOS 15.

Over 40 outfit choices are included in the new version, with up to three colors able to be selected. Three new glasses options will be available, including heart, star, and retro shapes, with user-selectable colors for the frame and lenses.

Nine new Memoji stickers will include a hand wave, a lightbulb moment, and a shaka, among others.

Apple is paying homage to the first Mac by including the message "hello" in cursive text, when you first boot up an iPhone or iPad running iOS 15 or iPadOS 15. Much like earlier first-boot screens, the script will show "Hello" in multiple different languages, all using the same script.

This style of homage previously appeared in a "Hello" screensaver, which surfaced in a release candidate for macOS Big Sur 11.3 in April.

Focus will include a mode for gaming that will filter out unwanted notifications during gameplay.

Game Center widgets include the Continue Playing widget that shows your recently-played games, while Friends Are Playing shows games contacts are playing on their own devices.