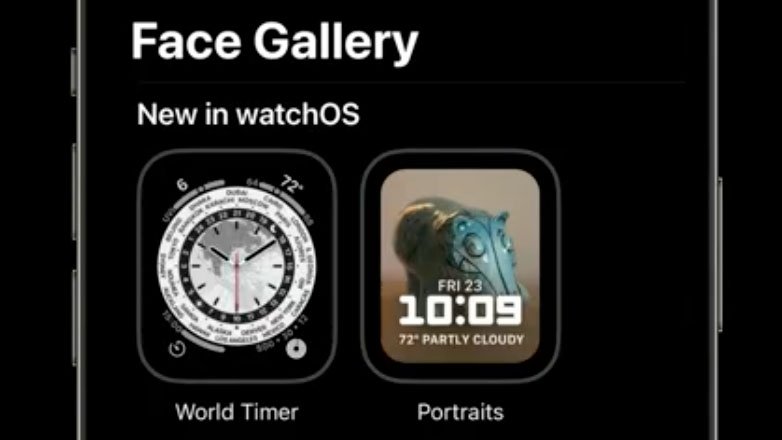 Typical world time, or world timer, watches include an outer bezel or wheel displaying 24 well-known cities arranged by time zone. An inner 24-hour clock ring moves in time with the main watch hands. Users can set a "home city" by rotating the outer ring until a city in their time zone sits at the top of the dial. The main display denotes time in the home city, while the 24-hour clock designates the hour of each respective city on the bezel wheel.

World time movements were first developed in the 1930s and quickly gained popularity as major watch houses adopted the technology. Apple's design with an internal world map is reminiscent of Patek Philippe's ref. 5231J and, to a lesser extent, the Montblanc 4810 Orbis Terrarum. Other manufacturers, like Vacheron Constantin, also use the world map motif.

Apple's version includes room for four complications in what would otherwise be dead space at the corners of Apple Watch's display. Many of the company's watch faces feature a similar pattern that displays a main circular dial flanked by complications.

Whether Apple plans to introduce the World Timer face for Apple Watch is unknown, though tech giant typically unveils fresh designs to go along with new hardware revisions. The next Apple Watch update is expected to drop this fall alongside watchOS 8.

Apple announced watchOS 8 on Monday alongside iOS 15, iPadOS 15 and macOS Monterey. The upcoming wearable operating system puts an emphasis on new health and fitness features but also includes upgrades to the Home app, Messages and more.