AppleInsider
Posted: June 9, 2021 3:01AM
in iOS edited June 2021
Apple's "Unlock with Apple Watch" feature will expand its scope in iOS 15, with the alternative authentication method soon to be used to enable Siri device requests. 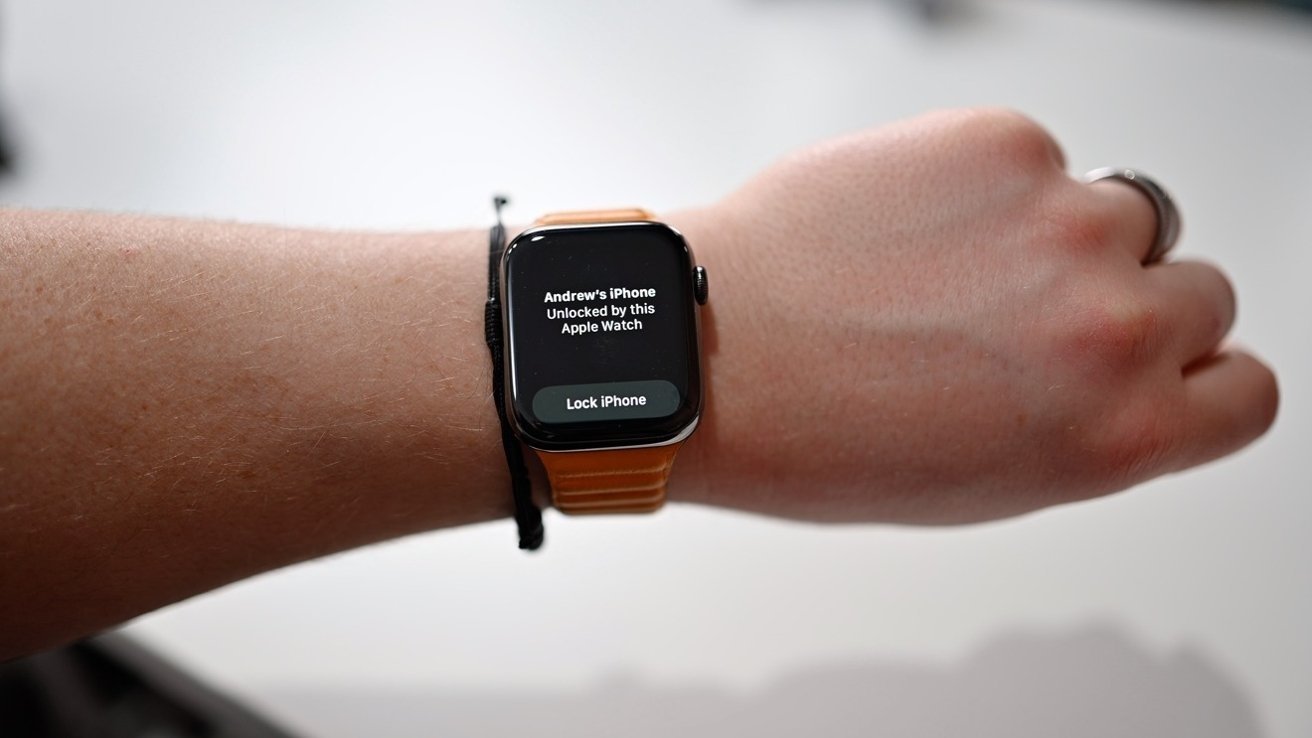 A solution born out of necessity during the coronavirus pandemic, "Unlock with Apple Watch" first appeared in iOS 14.5 as an augmentation to Face ID that enabled users to unlock iPhone while wearing a mask. With a paired, password-protected and unlocked Apple Watch, users are able to authenticate and access their device when Face ID detects a face covering.

The verification technology is expanding with iOS 15. As spotted by 9to5Mac, "Unlock with Apple Watch" in iOS 15 will also apply to Siri requests such as adjusting phone settings or reading messages. Currently, users must confirm ownership of a device via Face ID, Touch ID or passcode before conducting such operations.

"Use the secure connection to your Apple Watch for Siri requests or to unlock your iPhone when an obstruction, like a mask, prevents Face ID from recognizing your Face. Your watch must be passcode protected, unlocked, and on your wrist close by," the text reads.

It is unclear whether watchOS 8 is also needed for the new capability to function, though such a requirement is unlikely considering "Unlock with Apple Watch" is already available in watchOS 7.

Apple announced iOS 15 during Monday's Worldwide Developers Conference keynote. The next-generation operating system comes with a slew of new features and improvements, and is expected to see release this fall.