AppleInsider
Posted: June 10, 2021 3:52PM
in iOS edited October 2022
Following Apple's acquisition of Dark Sky, the weather app and service has finally announced when it will no longer be available to existing users. 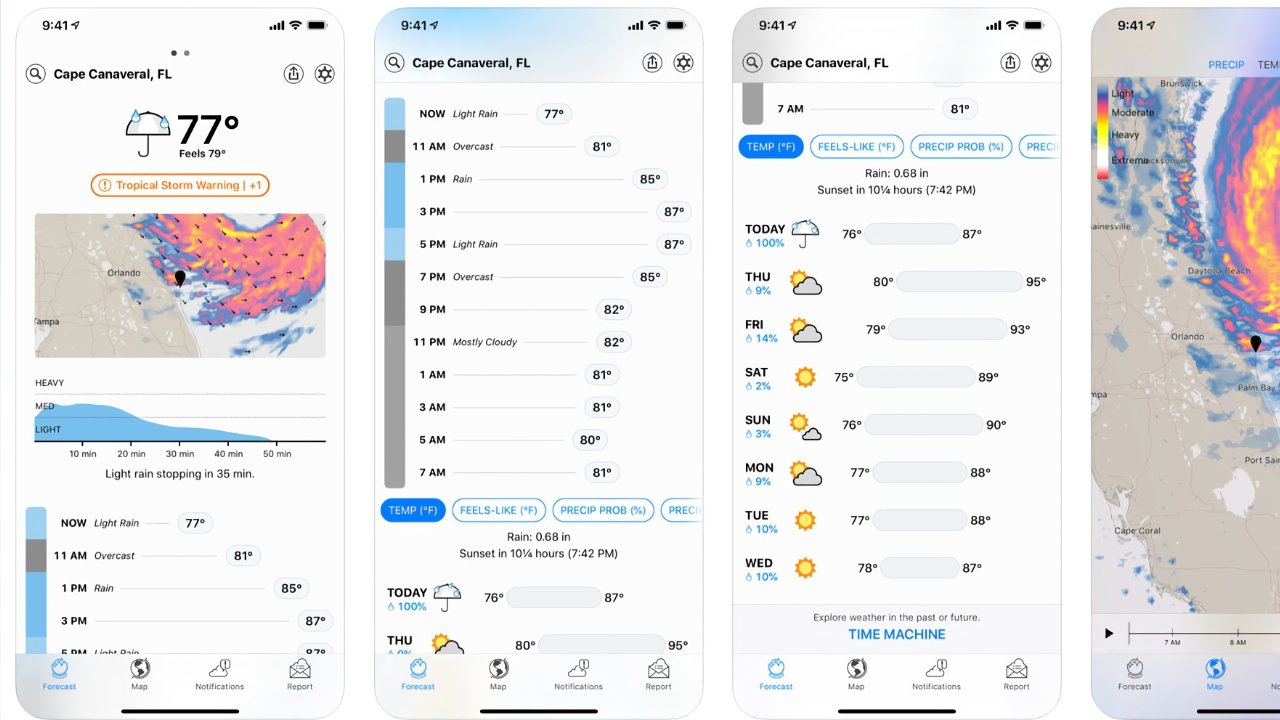 Apple acquired third-party app company Dark Sky in March 2020, with the intention of utilizing its software within the official iOS Weather app. Now that the revamped Weather has been announced for iOS 15, the makers of Dark Sky have confirmed when their app will shut down.

As well as a standalone app, Dark Sky provided weather data that was used by many other services. This news means that existing services will be able to continue using it for longer than expected.

Previously, the Android version of Dark Sky had a one-month stay of execution, being shut down in August 2020. At the same time, the Wear OS version was closed then too, but the iOS app continued, and so did the website version.

Apple's updated Weather app will be launched officially as part of the forthcoming iOS 15 later in 2021.