AppleInsider
Posted: June 16, 2021 2:38PM
in General Discussion edited June 2021
After the WWDC reveal of WatchOS 7, Apple vice president of technology Kevin Lynch spoke about the evolution of Apple Health features, and how he sees the health monitoring potential of "Sensor Fusion" in more Apple devices like AirPods. 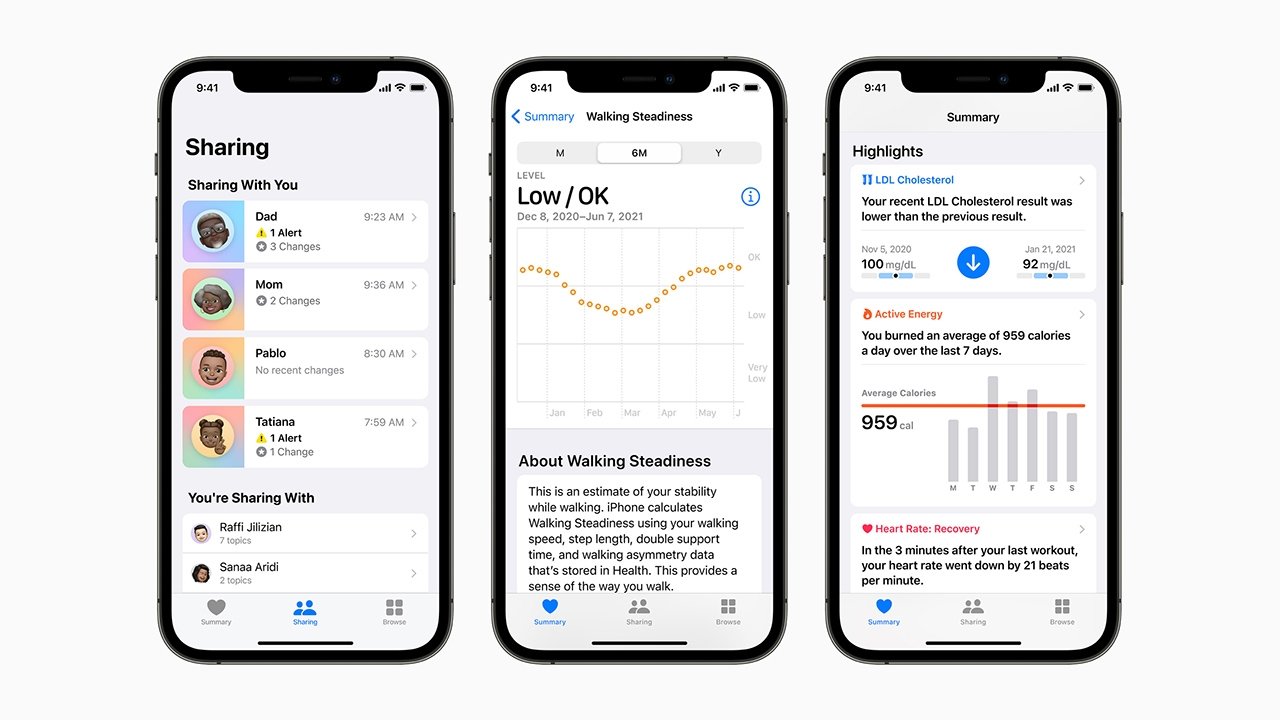 About a week after WWDC, Lynch spoke with TechCrunch about the course of the Apple Health platform, which initially started with the Apple Watch and fitness tracking.

"It's been amazing how much it's evolved over time. It actually started from Apple Watch, where we were capturing heart rate data for calorimetry activity, and [Activity] ring closure, and we needed a place to put the heart rate data. So we created the Health app as a place to store the data," Lynch said.

From there, the evolution of the Apple Health ecosystem was actually guided by users. Lynch said Apple noticed that users were bringing their resting heart rate data to doctors -- particularly if they were elevated heart rates. Apple then began receiving letters indicating that the Apple Watch helped a healthcare provider discover medical issues.

"We still get letters today about our work in the space, which is amazing. But some of those early letters were clueing us into, 'Wait, we could actually look for that ourselves in the background,'" Lynch.

From there, of course, Apple began introducing features like high and low heart rate alerts. It also started hiring more medical researchers and physicians to help chart a new path for Apple Health.

That includes recently announced features at WWDC 21, including Walking Steadiness. This feature, Lynch said, evolved from Fall Detection. It's a useful and clinically validated metric, but unlike some other health metrics, it's also much easier to improve.

Walking Steadiness, Fall Detection, and even the heart rate alerts are part of a category of features that Apple thinks of as an "Intelligent Guardian." While the Apple Watch wasn't intended to protect user health, the early letters of the device doing so were "really inspiring" the direction that the wearable would take.

The Apple VP also spoke about secure data sharing, which evolved from Apple's Health and Movement Study, and health sharing among loved ones, which he suggested is a natural extension of the "Intelligent Guardian" approach.

Lynch also hinted that Apple could include other types of device-borne sensors in its Health ecosystem, including those in AirPods. The Apple Health system already uses "sensor fusion" to pull useful data from different devices, like an iPhone or Apple Watch.

TechCrunch asked Lynch about the opportunities that AirPods, which has its own suite of health sensors, could add to the health system.