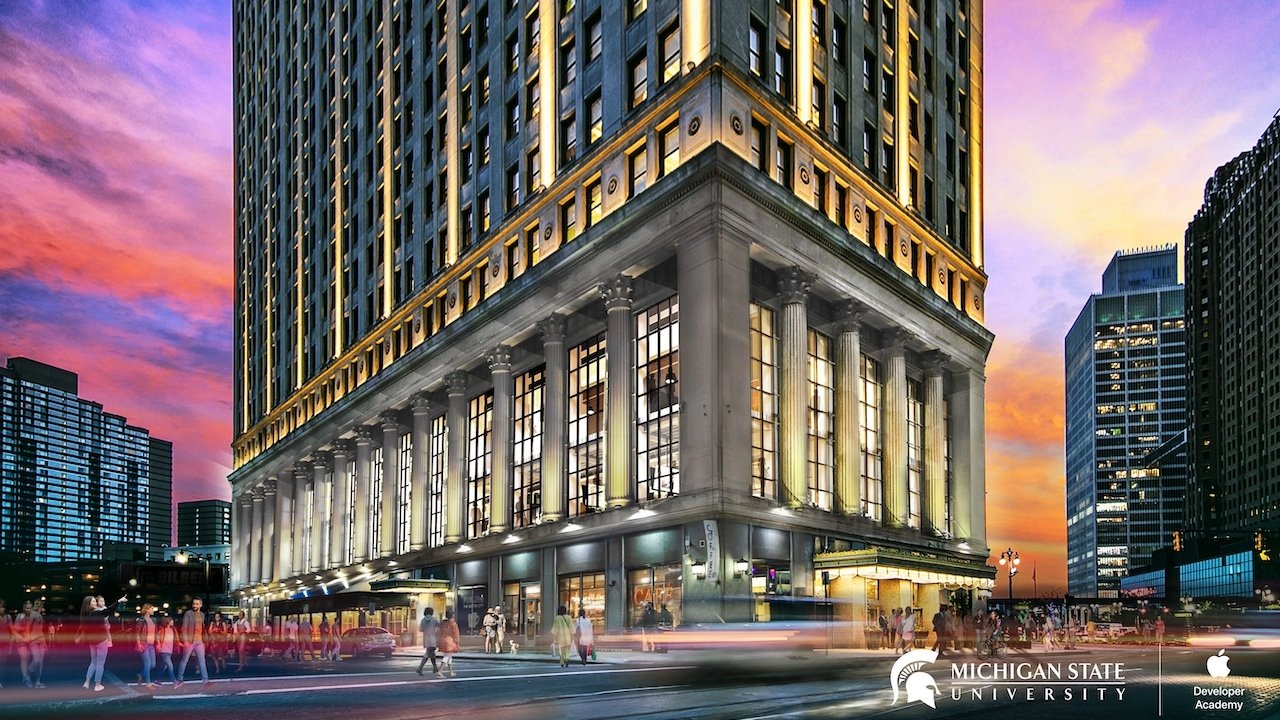 The grant is being provided in partnership with the Rock Family of Companies, which includes Quicken Loans and Rocket Homes. Businessman Dan Gilbert owns Rock Ventures, and also founded the Gilbert Family Foundation with his wife Jennifer. Additionally, Rocket Ventures said it will draw on its network of businesses to propose "mentor and student pathways."

There's no word on the exact dollar amount of the grant.

Apple first announced that it would open a developer academy in Detroit in partnership with Michigan State University earlier in 2021. Applications opened in May, and the academy is slated to officially open in October.

"Apple's arrival in Detroit has the potential to impact generations of Detroiters by offering new, unique pathways to join the tech renaissance. As Detroit's tech sector strengthens, we need to invest in intentional programming like the Academy to advance equity and remove barriers to entry for members of our community. Jennifer and I are proud to be partnered with our alma mater, MSU, and Apple to realize this vision," Dan Gilbert said.

The Apple Developer Academy will provide coding and technology education to the community. Learning will be provided free of charge to all students regardless of academic background, while priority admission will be given to Detroit residents.

"At Apple, we have seen how technology can be a powerful force for good, creating new opportunities and providing tools for creativity and entrepreneurship. It's critical that all communities have access to those opportunities, which is why we are thrilled to open the first Apple Developer Academy in the US in downtown Detroit, a city full of resilience, creativity, and entrepreneurship," said Lisa Jackson, Apple's VP of Environment, Policy and Social Initiatives.