AppleInsider
Posted: June 21, 2021 11:54AM
in iOS
Facebook has started to ship its Clubhouse-inspired Live Audio Rooms in the United States, as well as a selection of its own exclusive podcasts, as the social network capitalizes on audio-based trends. 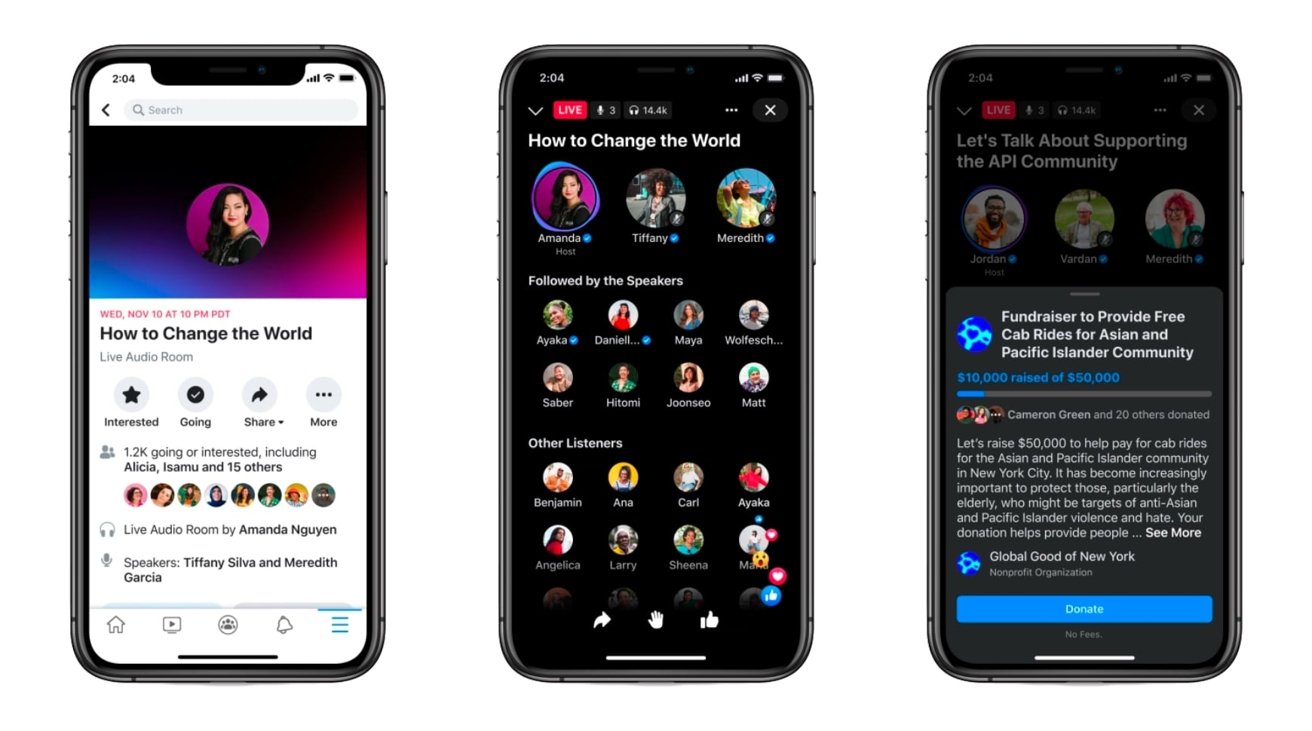 The new features were outlined by Facebook in April, with a launch set for sometime in the summer. On Monday, the first sections of its audio changes started to surface on devices.

Among the first features to launch were Live Audio Rooms, a service that functions like Clubhouse and Twitter Spaces, where a person sets up a virtual stage in a room and can invite others to converse with them in an audio-only format. While group members will be able to hear the conversation, only those selected to speak will be heard in the room.

Facebook is initially limiting the feature's availability to US-based verified public figures and select groups, and only on iOS, according to Variety. Up to 50 speakers will be able to speak in a room, with a theoretically unlimited capacity for listeners.

Live captions will be available, along with notifications for users when friends and followers join, a "raise a hand" feature to request to join a conversation, and reactions.

The service is also monetized, with audio chat Stars able to be paid by listeners to speakers, with the added benefit of recognition to the donator by being bumped up to the "front row." Stars will cost $1.99 for a pack of 95, with Facebook paying out a penny per Star received by room creators. 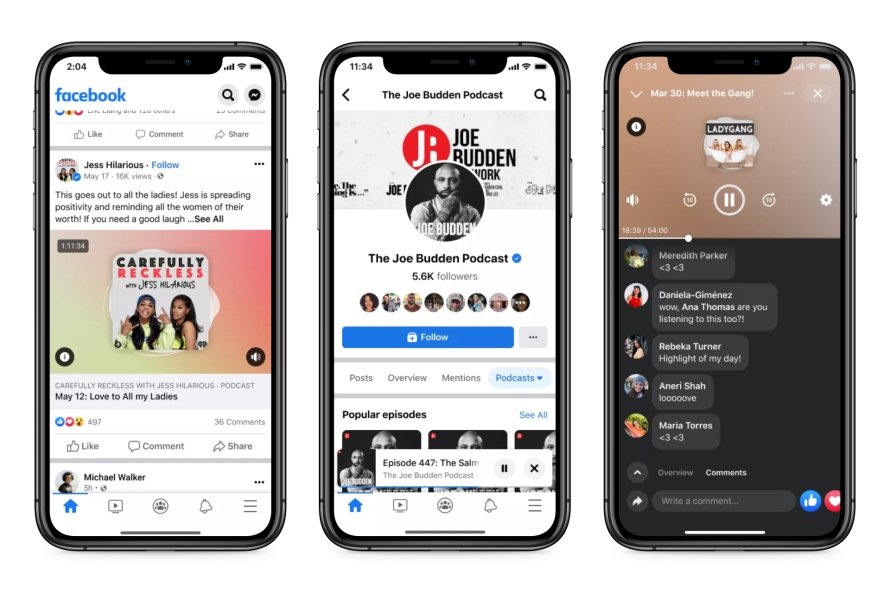 The podcasts can be listened to within Facebook, using either a full-screen player or a mini-player as they navigate the rest of the site, and shows can continue to play in the background when the screen is turned off.

Facebook still has other audio features planned, including captions and clipping segments from podcasts for sharing. It is believed these other features could roll out later in the summer.