AppleInsider
Posted: June 22, 2021 12:30PM
in Future Apple Hardware edited June 22
An iPhone or another remote control may one day take advantage of Ultra Wideband to provide users with information about nearby devices or change what controls are available, simply by pointing it at different things. 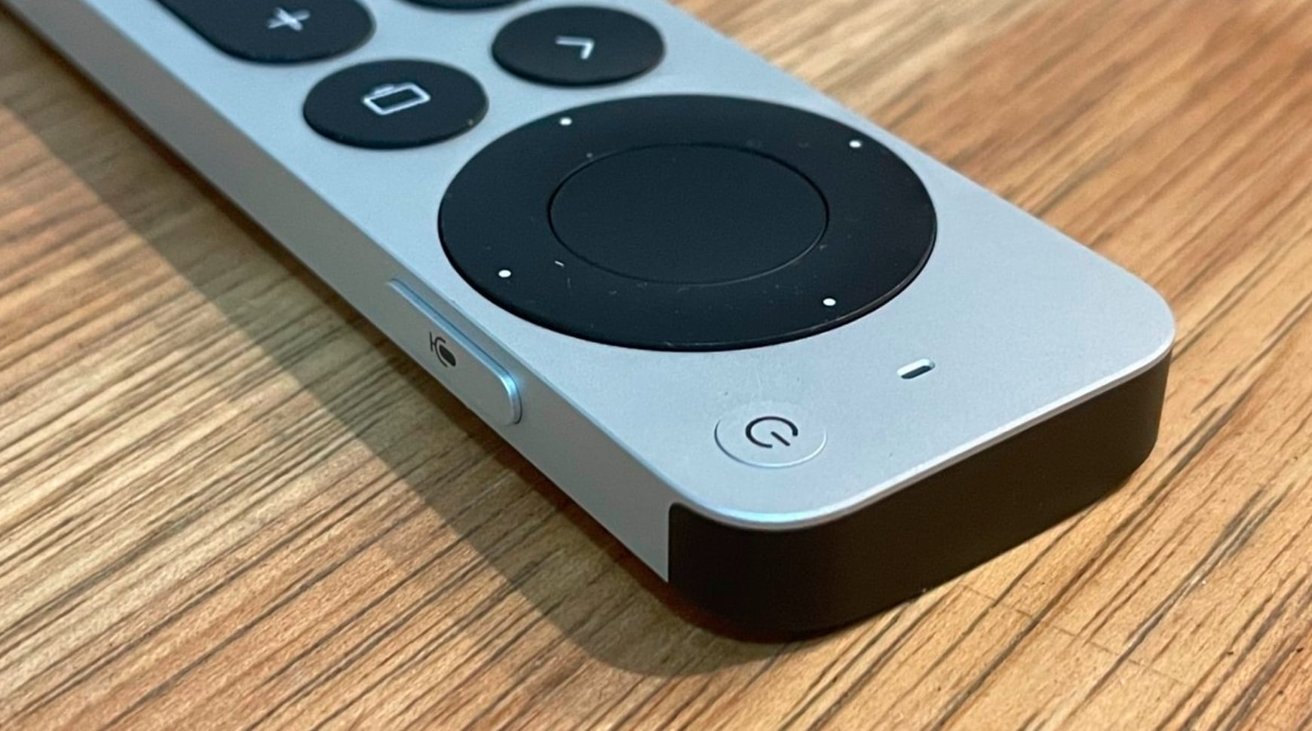 The second-generation Siri Remote, which doesn't have UWB.

The concept of a remote control is simple, in that it transmits signals from the controller to a target device a short distance away, which then carries out its instructions. While there are also remote systems that work in two directions, in that the controller receives displayable or usable data in return, such systems typically don't require any form of directionality.

In many cases, bi-directional systems work with radios that broadcast out without any knowledge of the recipient device. Also, such systems are usually set up to pair the controller with only one device, and are not capable of handling multiple different device types.

In a patent granted to Apple on Tuesday by the US Patent and Trademark Office titled "Location systems for electronic device interactions with environment," Apple believes extreme directionality could enhance the remote control paradigm.

In the patent, Apple proposes a system where a controller could interact with other devices and objects, simply by pointing at it. For example, imagine having a universal remote that can automatically switch between controlling a TV and a home stereo system, just by aiming the remote at each device.

While the controller could be a remote, the patent also hypothesizes that it could be an iPhone, which can alter its display to match the needs of the user for the device they want to interact with. This display could also feasibly display information fed back to it from the device it is pointed at, without necessarily requiring prompting from the user. 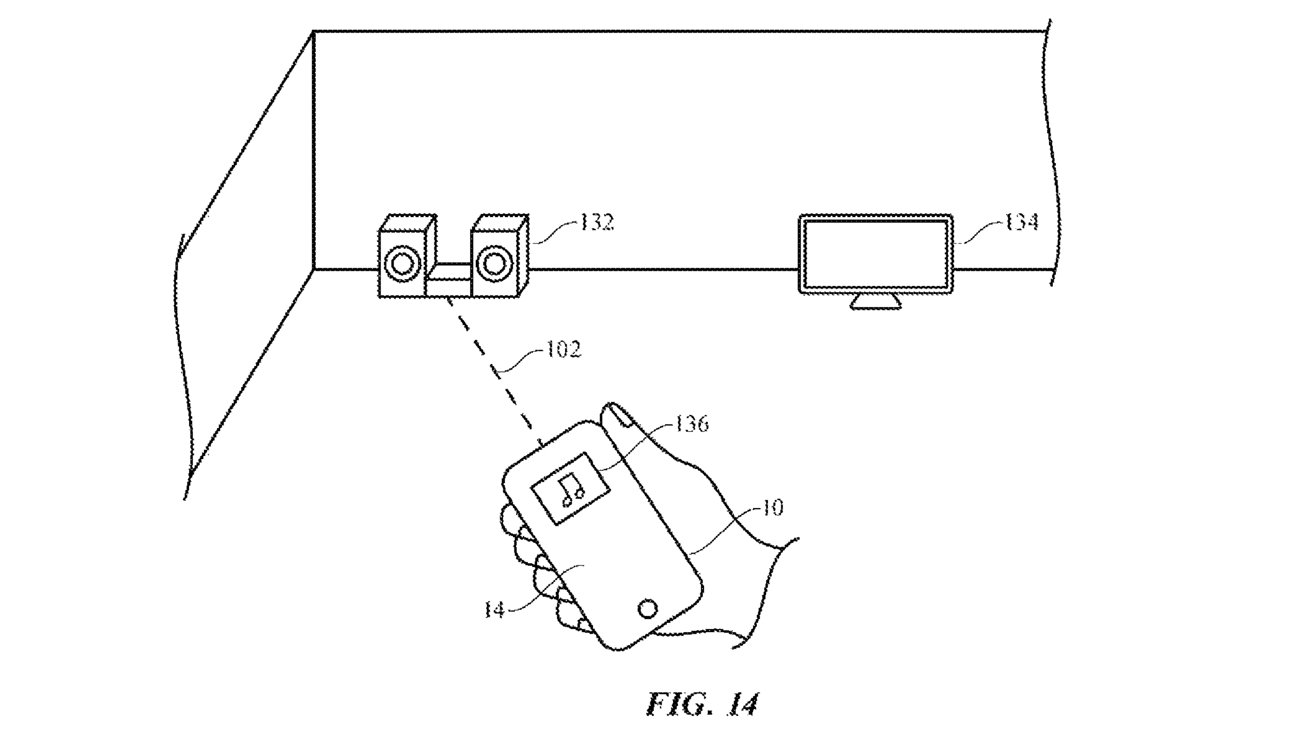 Apple's proposal could offer different controls depending on where the remote is pointed.

To do this, Apple suggests a system where Ultra-Wideband signals are transmitted from the object, and are received by the controller. The controller then determines using the angle of arrival of the signals to determine if it is aligned towards the object.

The system could also use motion data and other sensors to fine-tune the directionality and accuracy of the system. Once an alignment is confirmed, information about the pointed-at device or object can be transmitted to the controller over a wireless communications link.

If the controller has a camera and a display, this could allow for an AR view to be used, with data overlaid on top of a video feed showing the pointed-at object.

Such a system cold have multiple applications, including displaying only data and controls for a controllable device on the remote control, and showing the information for multiple viewable devices simultaneously but only providing controls for the pointed-at device. This can also work for non-electronic items fitted with a UWB transmitter, such as a painting at a museum that allows a companion app to display more information for a visitor. 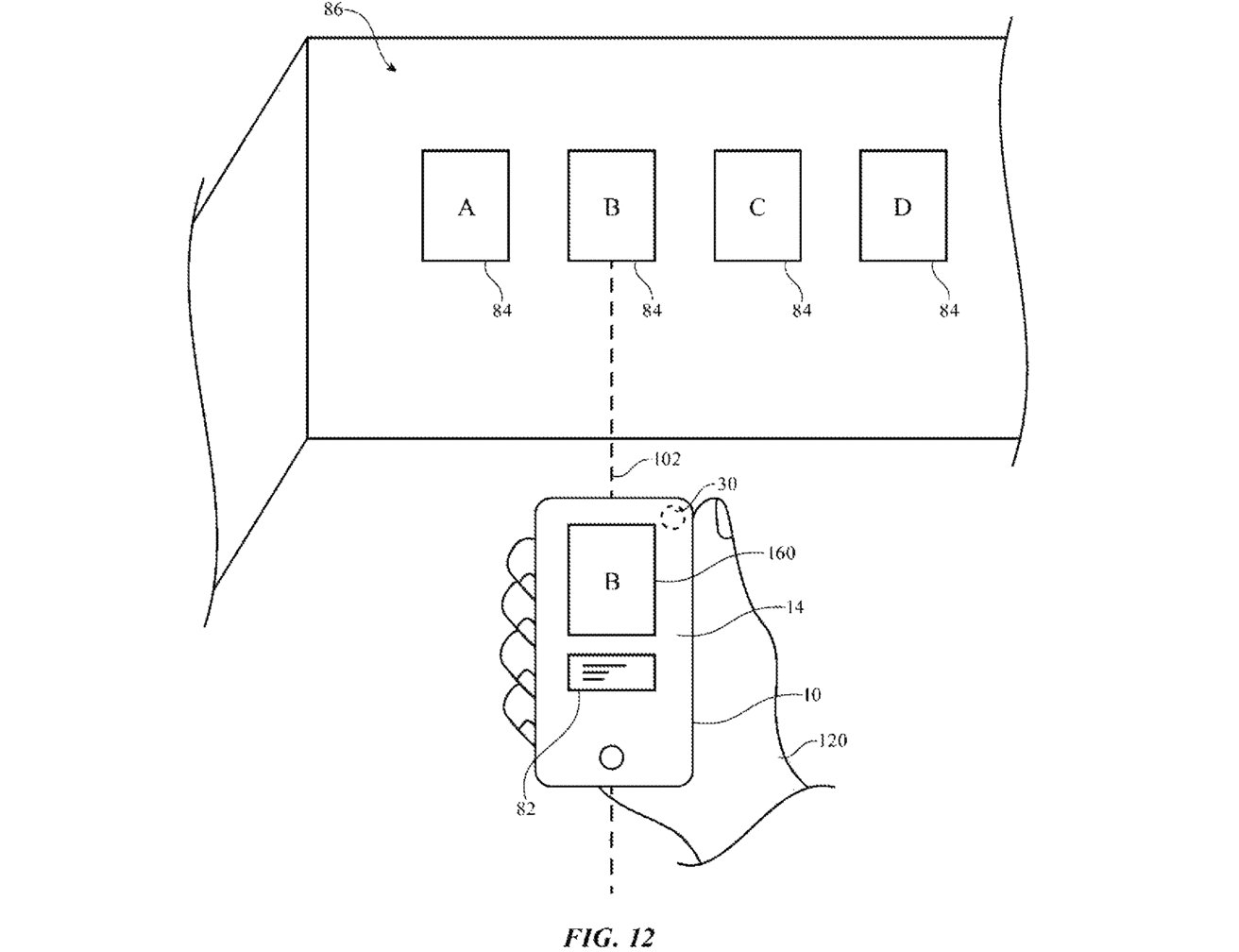 Such a system could give museum visitors more information by pointing their iPhone at a painting.

There are deeper suggestions of AR being used in the patent, including claims where a smartphone collects images on multiple sides of a real-world object to create a virtual object, which in turn could be overlaid over the real-world object in the AR view.

Apple files numerous patent applications on a weekly basis, but while the existence of a patent indicates areas of interest for its research and development teams, it doesn't guarantee the ideas will appear in a future product or service.

It could be argued that Apple already has a lot of the groundwork laid out, at least for some situations. Current-generation iPhones have UWB capabilities, as does the HomePod mini, which could enable such selective control systems to function

As AirTag also uses UWB, this too could allow for the non-device scenario to be used, with the AirTag used as a directional beacon for an app.

This is not the first time Apple has considered using inter-device positioning for control and communications. In February, a patent surfaced suggesting the use of wireless ranging to determine what device a remote control was pointed at, and adjusting the available controls to suit.

There has also been the suggestion of creating "modular wall units" to determine a user or object's location in a house, which could allow for simplified HomeKit setup or enhanced smarthome features.

Other remote control-related patents include a 2014 patent for a "remote wand," another from 2009 for a Nintendo Wii-style interaction with a screen, and a 2012 patent using motion and light-sensing technology for absolute positioning on a display.