AppleInsider
Posted: June 23, 2021 11:33AM
in iPhone edited June 23
Dummy models of the "iPhone 13" range including an "iPhone 13 mini," show changes in camera module position, and a slight increase in the size of the "iPhone 13 Pro Max." 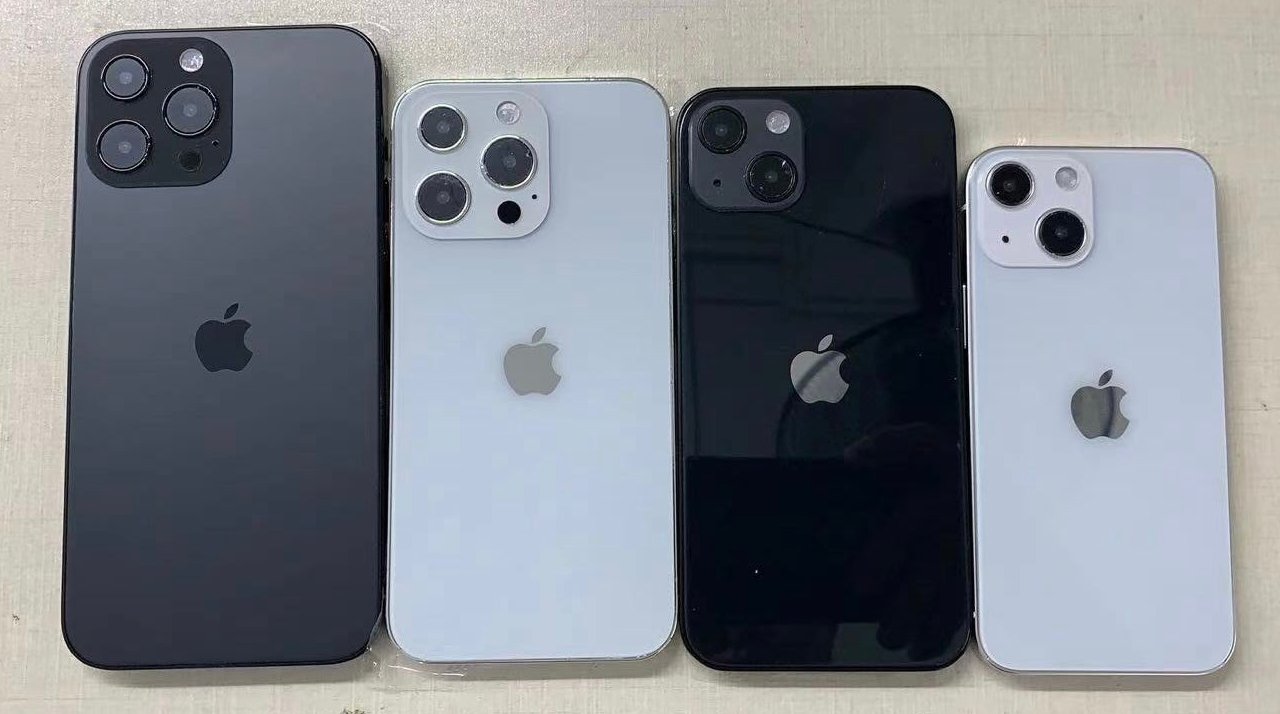 Leaker Sonny Dickson -- who previously shared dummy images of the iPad Pro and iPad mini -- has now tweeted a single image showing the next iPhone range. The backs of four different models are shown, with Dickson noting that "all 4 sizes are still in the running," despite previous rumors that the "iPhone 13 mini" might be cancelled.

If the dummies are accurate, and Apple keeps to this design, then the "iPhone 13" and "iPhone 13 mini" will feature a rearranged camera layout. According to Dickson, the dummy for the "iPhone 13 Pro Max" looks "slightly larger" than the iPhone 12 Pro Max, but there are no more details.

The dummies were likely spawned from alleged leaked diagrams of the "iPhone 13" lineup from April. They are also very close to 3d prints generated at about the same time, and match other discussions about the device.

Separately, TSMC is reported to be prioritizing the manufacture of processors for Apple's forthcoming "iPhone 13," as well as the automotive industry, because of the global chip shortage. Although a recent survey, 74% of respondents said they hope Apple's next release won't be called the "iPhone 13."