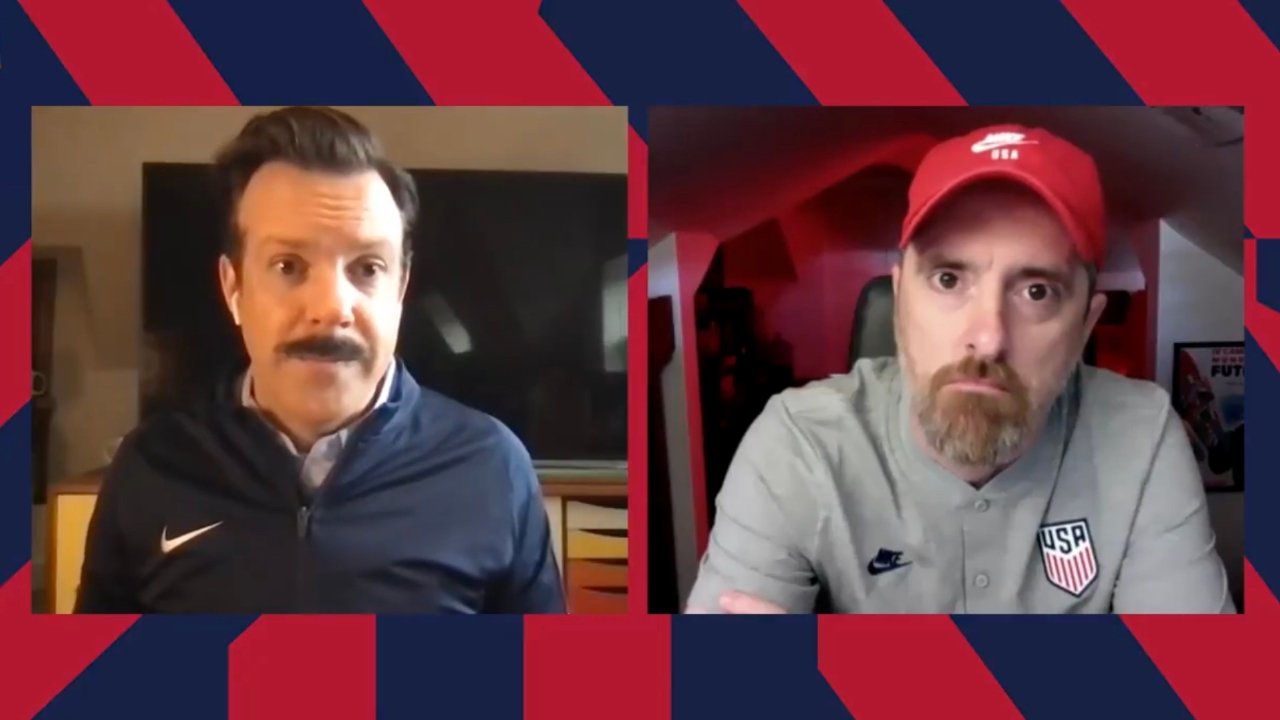 #Believe
They do. We do.
Let's bring it home #OneNationOneTeam #RoadToTokyo pic.twitter.com/rloJ1rzu5M

"Ted Lasso" has been an unlikely candidate for placing Apple TV+ on the map, but many say the show is the must watch series on the platform. Even Apple CEO Tim Cook has commented "Ted Lasso" is his favorite show, leaning into the hype.

It is unclear how this publicity stunt was put together, but the result was the same -- a fun promotion of both the 2021 Tokyo Olympics and "Ted Lasso" rolled into one. The first game for the U.S. Women's National Team is held on July 21 with "Ted Lasso" premiering season two on July 23.

"Ted Lasso" is available on Apple TV+, a streaming service that costs $4.99 per month. The service is also included in every tier of the Apple One subscription bundle.