AppleInsider
Posted: June 24, 2021 11:13AM
in General Discussion edited October 2021
Following a debate that extended into the early morning, the US House Judiciary Committee has advanced all but one of the bills before it that focus on curbing Big Tech and its ability to promote its own products and services over others -- and the last one will likely get the nod on Thursday. 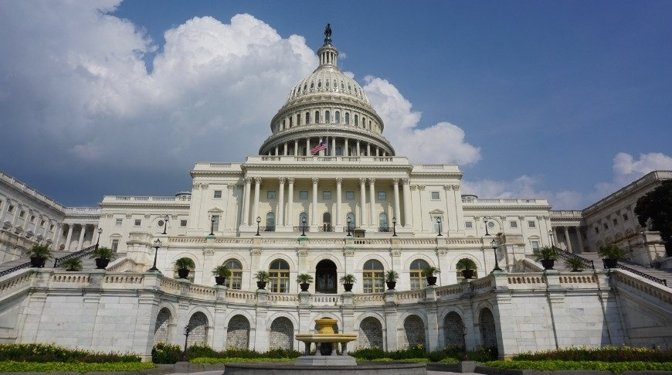 After a Wednesday approval of a bill to increase the antitrust enforcement budget, the committee has now also backed all but one of the bills concerning Big Tech market dominance. The bills have advanced despite lobbying efforts from Google and Apple, which included CEO Tim Cook reportedly phoning Speaker Nancy Pelosi directly.

Central to the package is the American Choice and Innovation Online Act, which is concerned with preventing dominant platforms from unfairly promoting their own services. According to the Wall Street Journal, it was approved by a vote of 24 to 20.

The Augmenting Compatibility and Competition by Enabling Service Switching, or Access, Act, was passed 25 to 19. This bill aims to give the FTC extensive new powers to set standards for the large tech companies.

Rep. Jim Jordan (R - OH), was among those objecting to extending the FTC's powers. He argued that gave unprecedented power and even the ability to impose a political agenda on the firms.

Broader concerns regarding all of the bills was reportedly also debated by both Democrats and Republicans. Reportedly, issues were raised over the fairness of targeting only the largest technology platforms.

At the same time, the Wall Street Journal says that lawmakers questioned whether Microsoft had successfully lobbied to be excluded from the proposed legislation. Rep. David Cicilline (D - RI) denied that any firm was exempted, and separately a Microsoft spokesperson claimed there had been no lobbying.

"At its core, this issue is fundamentally about whether or not we have an economy where businesses fighting for economic survival can actually succeed," said Cicilline. He claimed that the unchecked power of the largest technology firms was a threat to the economy, and even to American democracy.

"The president is encouraged by the bipartisan work to address problems created by big tech platforms," said a White House official. "We hope the legislative process continues to move forward on these bipartisan proposals, and we look forward to working with Congress to continue developing these ideas."

With the Committee expected to approve the entire package after it reconvenes at 11:00 AM on Thursday, the entire package will likely move forward to debate and a vote by the full House. It is not yet clear when that may take place, and the White House reportedly suggested that more work was needed on the legislation.

Apple has not responded to the outcome of the vote, though it did release a public document and an open letter to the committee ahead of it.