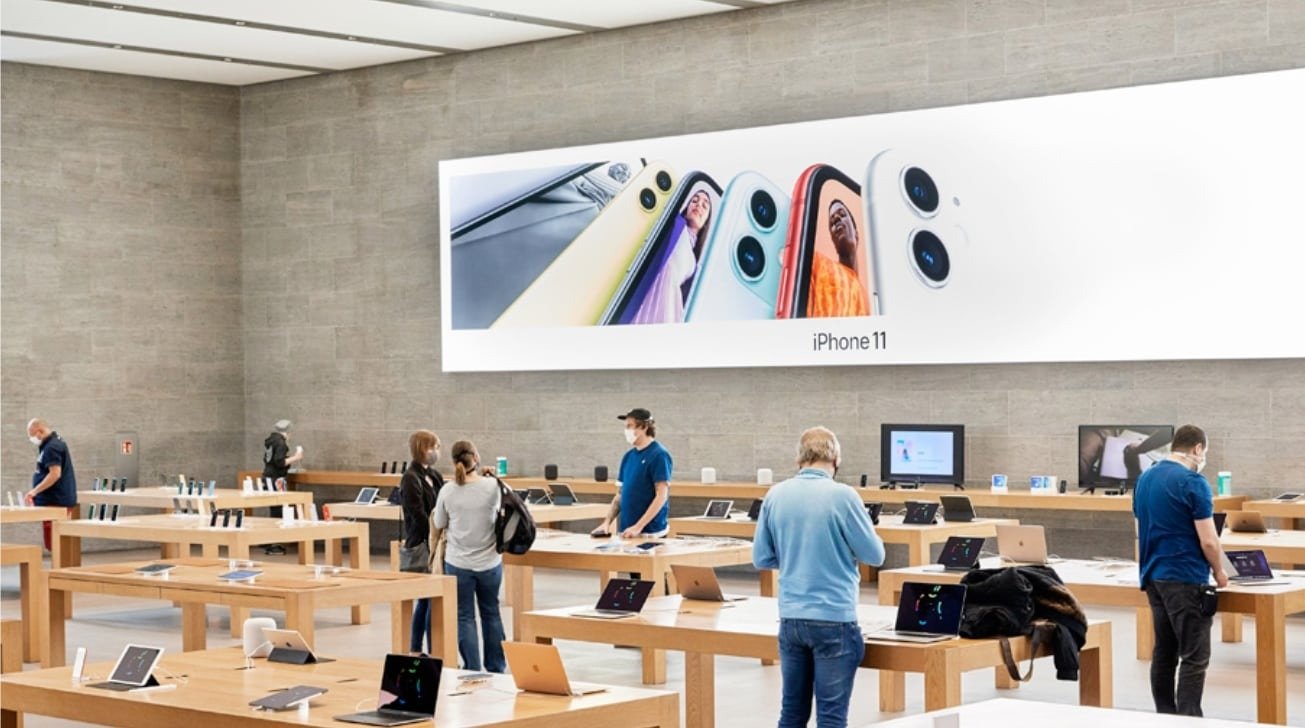 The Cupertino tech giant will test a pilot program called "Retail Flex" later in 2021, Bloomberg reported Thursday. The arrangement will allow retail staffers to work some weeks at brick-and-mortar locations, and other weeks completely remotely.

When they're working at home, retail employees will handle customer service, online sales, and technical support. The move acknowledges that many consumers still prefer online shopping to in-store retail, even as vaccination rates and economic re-openings increase around the world.

Retail workers will move between in-store and remote roles depending on brick-and-mortar demand versus online shopping demand in a particular period, sources familiar with the matter told Bloomberg.

The first batch of participants in the pilot program will test out the "Retail Flex" model for at least six months. Apple is planning to ramp up the arrangements from September to December, when new iPhone, iPad, Apple Watch, AirPods, and other devices are released.

Apple reopened all of its retail stores in June after a series of coronavirus-related closures. In some parts of the U.S., the company has also dropped pandemic-era safety requirements -- such as mask wearing -- at its retail locations.

Earlier in 2021, Apple announced a plan for non-retail employees to return to work for several days of the week starting in September. Per the plan, in-office work is optional on Wednesdays and Fridays for most staff.