The biggest story of the week is a new firmware update rolling out to Nanoleaf's Shapes and Elements line. This new firmware brings Thread support to these devices. This isn't standard Thread support though, as the lights are still operated over Wi-Fi. Instead, they act as Thread border routers, bridging your home's existing Thread devices to the network.

That means they now operate just like Apple's HomePod mini, and so can extend the robustness of your Thread network.

This week also marks the launch of a new HomeKit-focused video channel from AppleInsider. 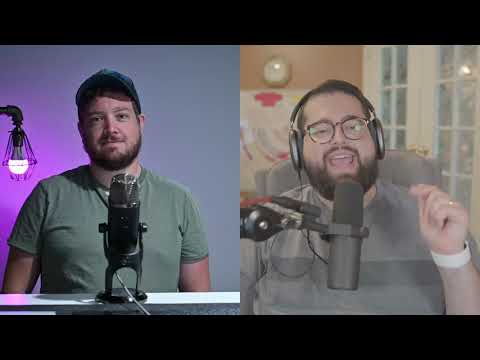 Each new episode of HomeKit Insider can now be streamed in 4K video or as audio in your favorite podcast app. Visit our new channel and subscribe as well as turn on notifications so you don't miss an episode.

Next, a new retrofitted shade controller has appeared on Aqaba's website, which would easily allow users to add HomeKit to their cord or beaded-chain shades.

Plus of course, hosts Stephen and Andrew have a number of personal projects they've been undertaking. Stephen, for one, has continued his efforts on creating a smart notification that runs when you leave your house that lets you know if there is a door or window left open.

This time he's been using advice from listeners on just how to pull it off. While some recommended HomeBridge Messenger or a third-party app called Pushover, Stephen wants to recommend an app called Pushcut.

Pushcut allows you to set up a wait command in the Shortcuts app and then use this third-party app to send the notification if a door was in fact left ajar.

Meanwhile, Andrew had a different project where he was embedding NFC into various things around his house.

By adding an NFC chip to a his wedding photo, tapping it with his iPhone will open his wedding album on his phone, set his HomeKit lights to his wedding colors, and play his wedding song.

Alternatively, tapping on his LEGO Star Wars set of Mos Eisley cantina will dim the lights and play the cantina band's music from the film.

This project all spawned from a wooden memory box he built as a baby gift. It was crafted from elm and had laser-engraved stars on the top. He hid an NFC chip in the front of the box so that when it is tapped with an iPhone, it would play an instrumental version of "When You Wish Upon A Star" and opened up a baby album of the couple's ultrasound photos.

Listener questions and feedback has continued to pour in -- a big thank you as always -- so there is a lot to answer this time.

Carl, for instance, has asked us if there was any way to set up Ecobee's sensors without installing an Ecobee Smart Thermostat. He doesn't need a new thermostat, he's just interested in the sensors.

Then Patrick Berney inquired whether or not there was such thing as a four-way HomeKit switch. Bendik wants to know about EU light switches that can be installed without wiring.

Finally, Alex Hall asked us how the Wemo Stage comes apart and if it can truly be used with any face plate.

Find out what we've got answers for -- and what we haven't -- on the latest HomeKit Insider podcast.