AppleInsider
Posted: July 13, 2021 2:04PM
in iOS
WhatsApp is testing ways to make it easier for banned accounts to ask for a review on iOS, at the same time as making changes to calls so that a user can easily join a group call.

A set of features have been uncovered in the latest beta of the WhatsApp app, which are currently under development. Tested under beta, the features should provide quality-of-life improvements to the messaging app's users, in two different areas.

Tested using TestFlight for iOS but also on the way for Android, beta update 2.21.140.11 includes new user interface elements relating to group calls. One is a "Ring" icon, to allow group call owners to call others to join the same call.

According to Wabetainfo, the change is apparently similar to the version offered within Apple's FaceTime.

A second group call addition deals with invited members who do not join the call straight away. If the call is still ongoing, an alert can be presented to that user, showing other participants and enabling them to instantly join the call, without needing prompting by the other members. 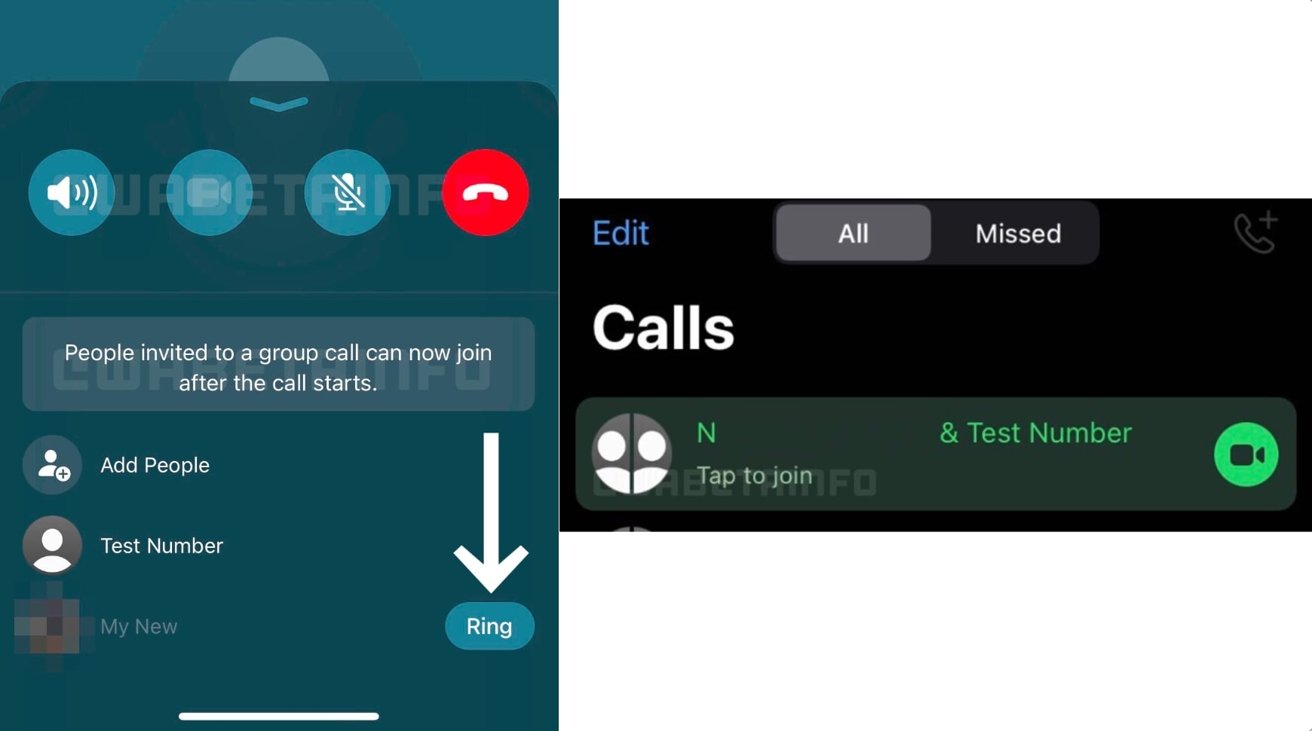 The second area relates to banned accounts, which currently requires users to ask for review by WhatsApp's support teams. As part of a beta that has been spotted for iOS and will soon be on the Android version, WhatsApp is including a link on its notification screen warning users the account is not allowed to use the service.

The new link to "Request a review" will take users to a second screen, which says the account will be reviewed once the form is submitted, as well as asking for any information that could assist with the review process.