AppleInsider
Posted: July 15, 2021 1:00PM
in General Discussion
In an attempt to ensure fair pay for musicians, UK parliament members are asking the music industry to give artists a higher cut of profits earned from streaming services like Apple Music and Spotify. 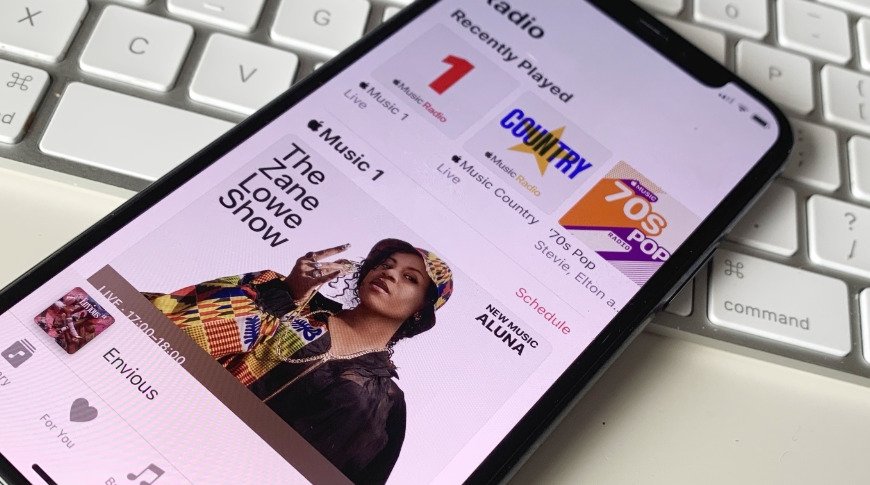 United Kingdom government officials are looking to change the way musicians get paid, citing concerns over how streaming funds are distributed. The government had launched the inquiry into streaming service payouts in October of 2020.

There is some discrepancy in the findings, though, as in April Apple claimed it pays a penny per stream

According to the UK government's findings, artists receive about 13% of the revenue they make off their music, with the rest of the money going toward record labels and distributors. Artists who release their own music or work with independent labels tend to get a higher share, though many of these artists have a more difficult time getting their music in front of potential fans.

Government officials argue that the split should be 50/50 between artists and "rights holders," which has been the established rate for radio play.

"While streaming has brought significant profits to the recorded music industry, the talent behind it - performers, songwriters and composers - are losing out," said Julian Knight, MP, who chairs parliament's Digital, Culture, Media and Sport (DCMS) committee.

Artists such as Mick Jagger and Paul McCartney have called on the Prime Minister to reform the way artists are paid through streaming services. Record labels are arguing against any changes, claiming that giving artists a higher revenue would damage investment into new music.

Parliament is pressing into three major record labels: Sony, Universal, and Warner Music. MPs have accused the record labels of being intentionally evasive about how the industry works.

"Streaming is 24-7 in every country in the world," said David Joseph, CEO of Universal Music UK. "You can listen to the greatest record store ever - it's clearly a sale, it's not radio, it's on-demand."

Representatives from streaming companies have claimed they're more amenable but were quick to point out that most of the money goes to labels and publishers.

"It is a narrow-margin business, so it wouldn't actually take that much to upset the so-called apple cart," said Apple Music's Elena Segal.

Parliament suggests that the government pass legislation to give artists "equitable remuneration," where artists and labels receive an equal share of streaming royalties.

They also suggest that musicians and songwriters should be able to reclaim the rights to their work from labels after a set period of time.

The situation is similar in the United States, with artists earning roughly 12% of music revenue as reported by Rolling Stone in 2018.

According to a report in 2020, Streaming now accounts for 79% of US music industry revenue. That number was up 25% year-over-year.

Purchasing music digitally, however, declined 18% between 2018 and 2019. Streaming revenue first surprised the sales of digital downloads in 2015.