AppleInsider
Posted: July 23, 2021 9:50AM
in iPod + iTunes + AppleTV edited September 2021
Isaac Asimov's epic "Foundation" novels are famously impossible to reduce to a film or series, but Apple TV+ asked for a one-sentence summary -- and got it. 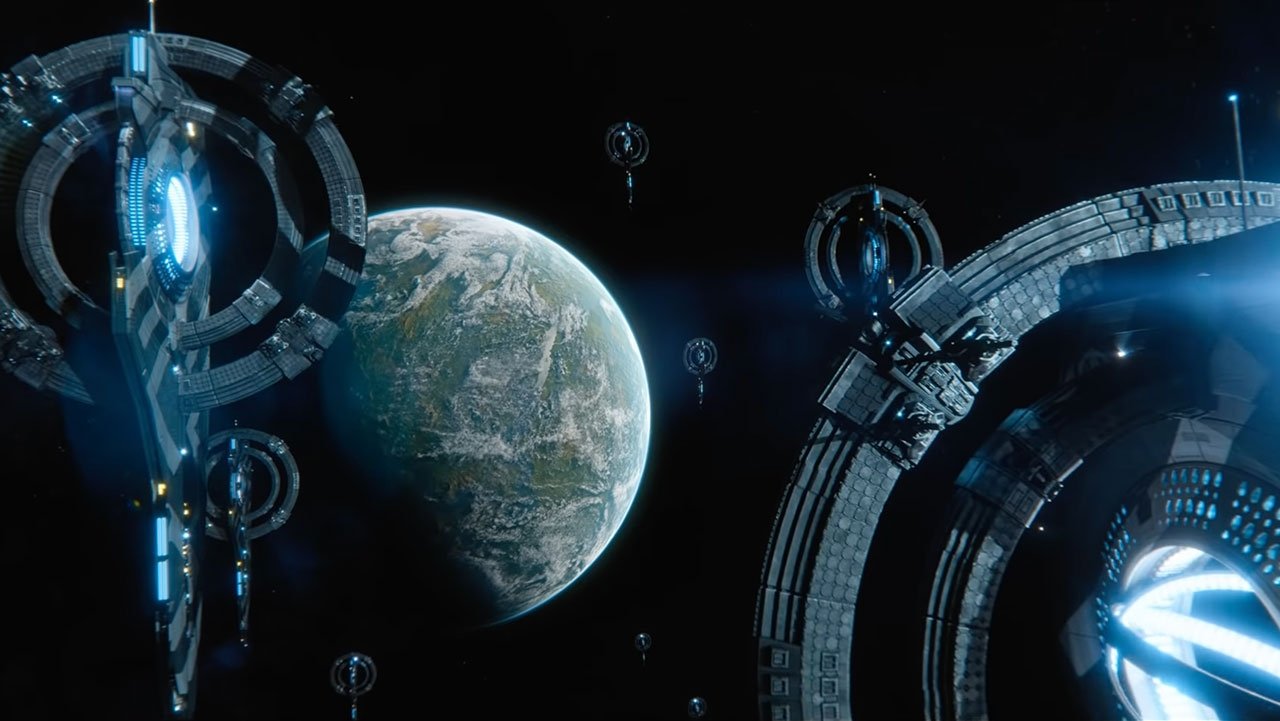 Initially a trilogy, Isaac Asimov's "Foundation," coming to Apple TV+ in September, was considered unfilmable even before he added a further four novels to the series. That's chiefly because Asimov was more interested in ideas than characters, and discards all of them in order to have his "future history" story span a thousand years.

"Apple asked me if I could pitch it in one sentence," producer David S. Goyer told The Hollywood Reporter in an interview about his filmmaking career. "They sort of asked it laughingly."

"I said: 'It's a 1,000-year chess game between Hari Seldon and the Empire, and all the characters in between are the pawns, but some of the pawns over the course of this saga end up becoming kings and queens.'"

"Foundation" began as a series of short stories in the 1940s, which were then collected into novels in the 1950s. Since the three novels were published, many attempts have been made to film the story, but Apple TV+ and David S. Goyer's version is the only one to make it to the screen.

"There are three tricky aspects to Foundation that I think have tripped up all the other adaptations," said Goyer. "The first is that the story is supposed to span 1,000 years with all these massive time jumps -- that's hard to tell. It's certainly hard to capsulize in a two- or three-hour film."

"The second aspect is... [you] have a couple of short stories in the first book with main character Salvor Hardin," he continued, "then you'll jump forward a hundred years and there'll be a different character."

"The third thing is that they're not particularly emotional; they're books about ideas, about concepts," says Goyer. "So a lot of the action happens off-screen. In the books, the Empire, which is on 10,000 worlds, literally falls off-screen -- like, it happens in between chapters."

"Obviously, that wasn't going to work for a television show," he continued. "So without giving too much away, I figured out a way to have some of the characters extend their lifespans."

Apple TV+ has ordered a 10-episode adaptation of "Foundation," but Goyer hints that more may be coming.

"About six characters will continue from season to season, from century to century," he said. "That way it becomes half anthological, half continuing story."

"Foundation" was previously dramatised for BBC Radio in the 1970s, and Isaac Asimov wrote sequel novels in the 1980s. Now almost eight decades after the first short story was published, the series is set to become the biggest television production filmed in Ireland.