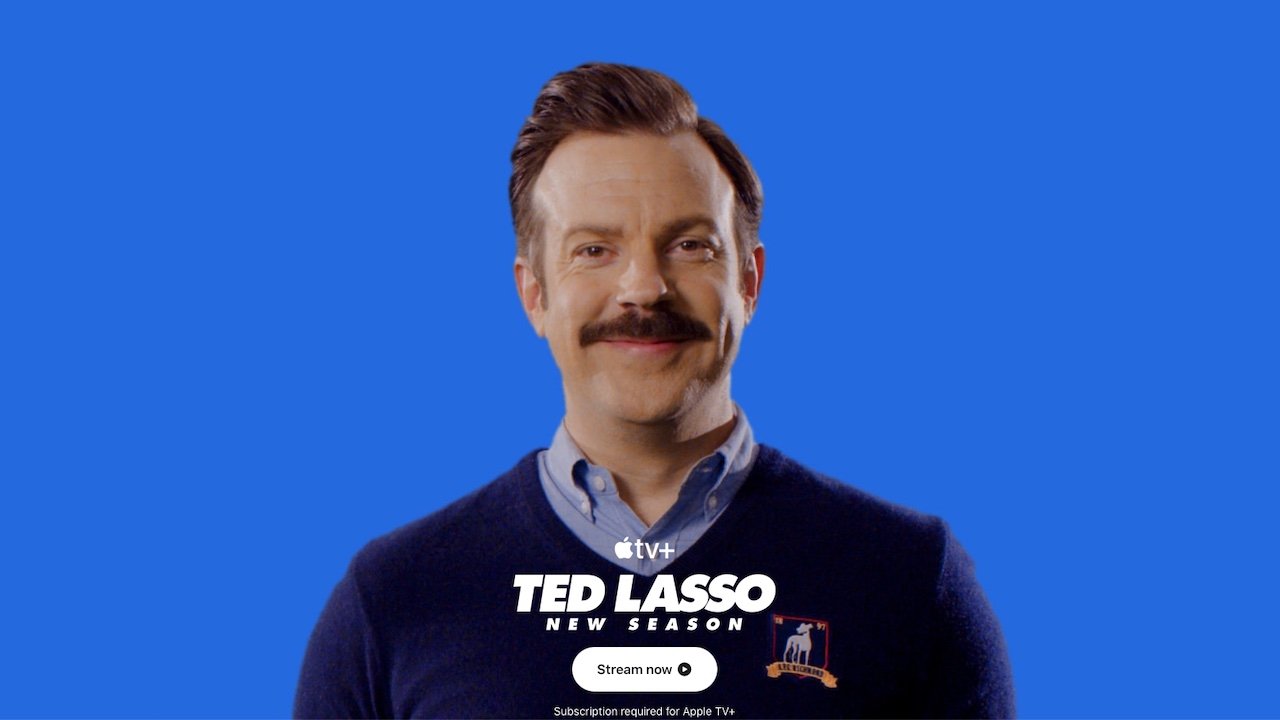 Once the animations stops, Apple leads users to the second season on Apple TV+ with a "stream now" button.

The series has been one of Apple's most successful pieces of original content. It has been nominated for a total of 20 Emmy awards in 2021, and Apple has already renewed the show for a third season.

Apple occasionally uses its homepage to promote services or celebrate other occasions. In 2020, for example, Apple Arcade took over the main website. The "Ted Lasso" promotion is unique because it takes up the entire page and doesn't feature any of the company's hardware products.

The company has also promoted "Ted Lasso" season two with special Memoji stickers at Apple retail locations and Today at Apple sessions focused on artwork inspired by the show.