AppleInsider
Posted: July 23, 2021 7:47PM
in General Discussion
Apple has issued an update that stops the "woozy face" emoji from appearing when users type in the word "stammer" into messaging apps on iOS, including iMessage. 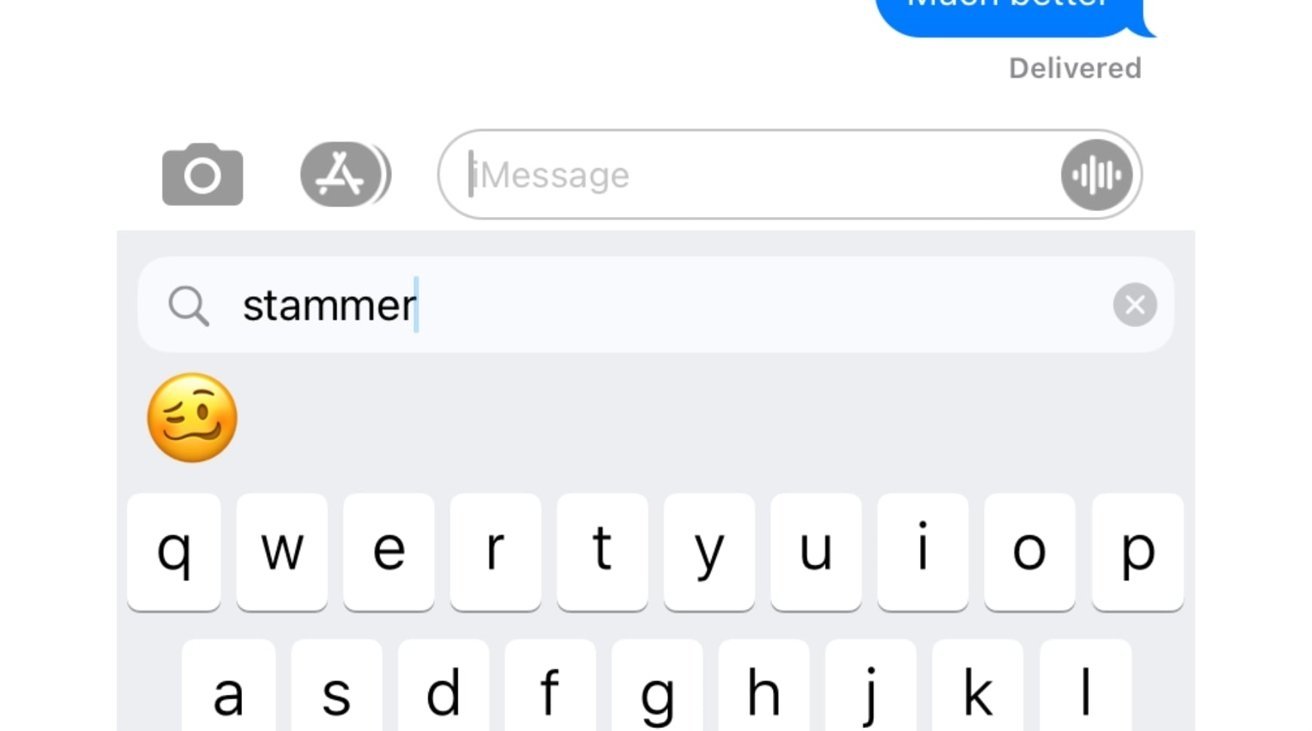 The Woozy face appearing when "stammer" is typed into Messages.

Earlier in July, Stamma, the British Stammering Association, called out Apple for the gaffe, in which the "woozy face" would appear as a suggested emoji if users typed the word "stammer" into a first- or third-party messaging app on iOS.

On Friday, Stamma tweeted that Apple "issued an iOS update to remove the link" that caused the issue.

Our statement on 'woozy face' emoji below: @Apple unacceptably prompted this emoji when typing in stammering, in all languages.

We invite @Apple and companies who a working to create an inclusive space to do better.'

Thank you all who helped stop this. pic.twitter.com/Xb628cgCGU

The link between "stammer" and "woozy face" on iOS was likely not intentional. Instead, it could have been the result of machine learning incorrectly associating the word with the emoji. Apple, like other companies, uses machine learning to determine common word and emoji usage.

It isn't clear whether the issue was resolved in the latest iOS 14.7 update, or if Apple rolled out a server-side fix to correct it.

Stamma noted that "Apple has not issued an apology, nor responded to [its] correspondence." However, it added that it welcomes the response to the problem.