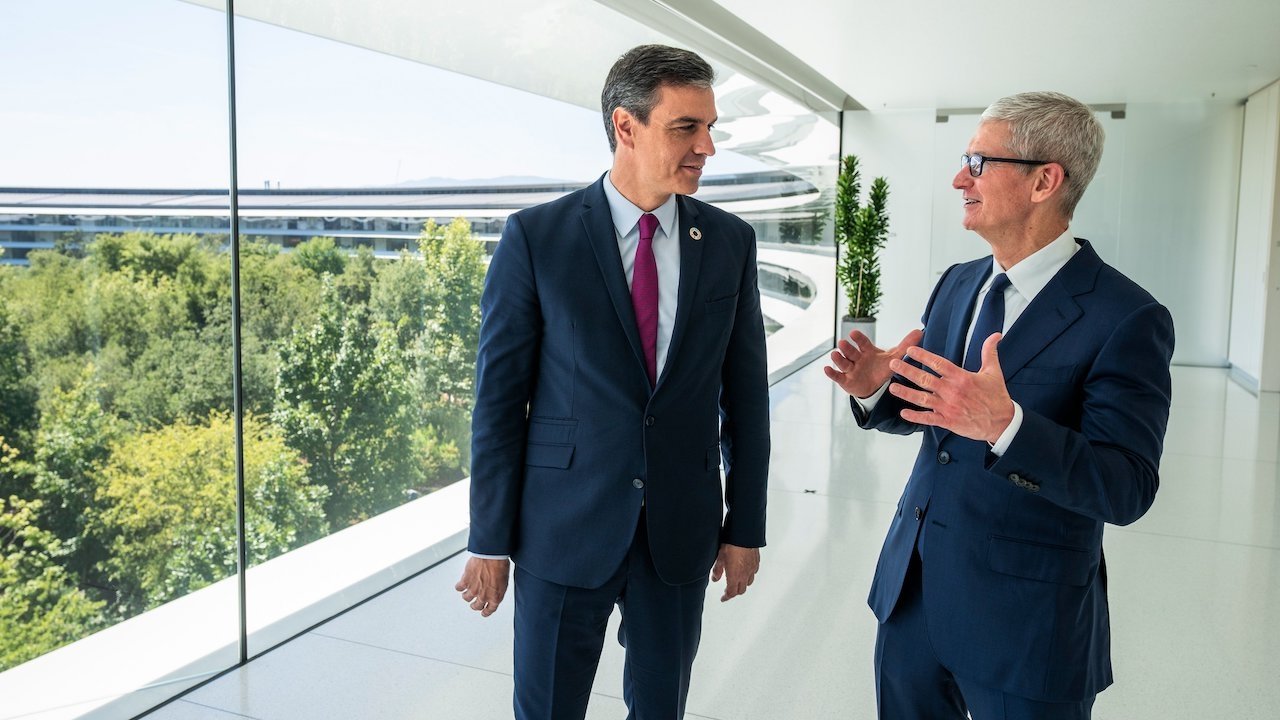 Sanchez posted to Twitter on Friday that he had a "productive meeting" with Cook at Apple's headquarters in San Francisco. The prime minister of Spain also shared a photo of himself and Cook in an Apple Park hallway.

According to his tweet, Sanchez discussed Spain's digital transformation and the country's COVID-19 recovery plan during the meeting.

Today, I met with @tim_cook in Cupertino. Spain knows that the digital transformation is a priority and our #RecoveryPlan offers us a unique opportunity to take on this challenge. There is no better time for tech giants like Apple to invest in our country. pic.twitter.com/e1qyf4wPu9

Sanchez is currently on a three-day trip to the U.S. in an effort to promote Spain-based businesses to industry leaders, Reuters reported Wednesday. Sanchez says that Spain is one of the fastest-growing economies among developed countries as the pandemic recovery accelerates.

During the trip, Sanchez is traveling to New York, Los Angeles, and San Francisco. Bloomberg reported that he will meet with the chief executives of Netflix, HBO and Disney, as well as the chairman of BlackRock, Inc.