'High-end' Apple Silicon iMac may not arrive until 2022

AppleInsider
Posted: July 26, 2021 11:21AM
in Future Apple Hardware
A high-end iMac release may not be until 2022, according to a leaker, with it apparently being launched later than other anticipated Mac updates to the "M1X" chip to maximize attention on the rest of the lineup. 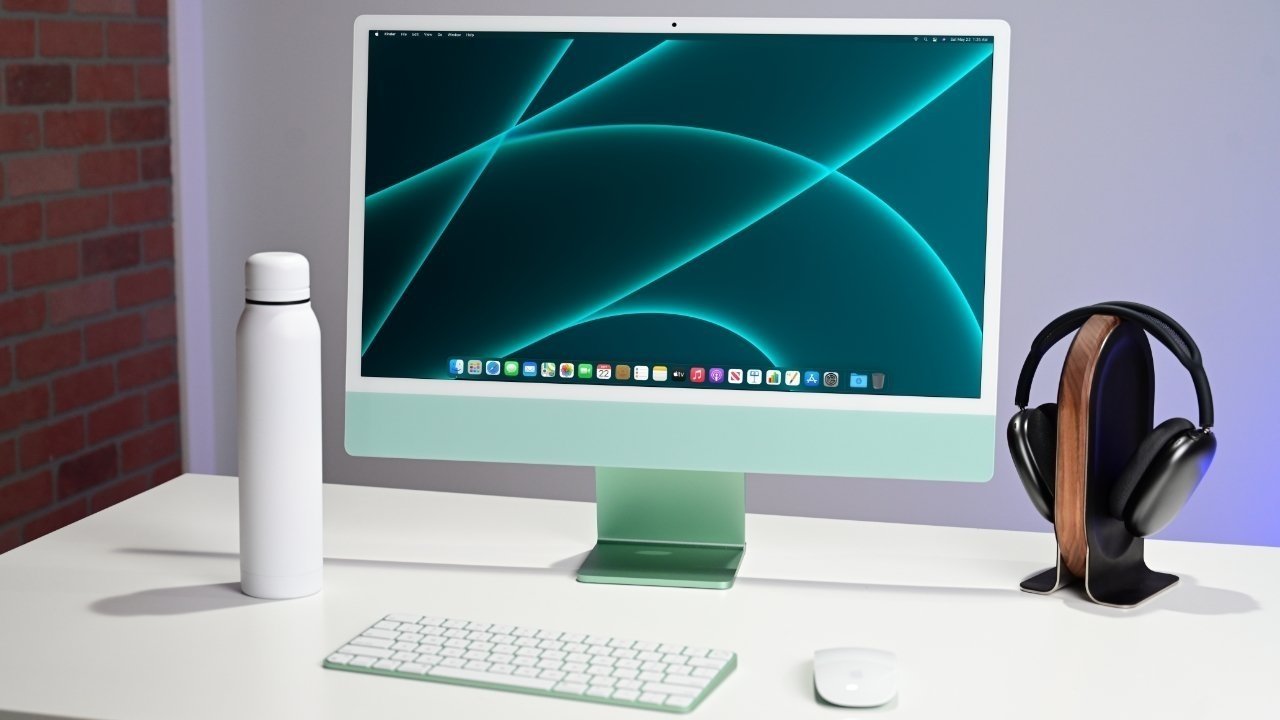 Apple is expected to introduce more Mac products running on Apple Silicon before the end of 2021. While rumors point to a second iMac using Apple's chip family as being on the way, it seems that it won't be part of an expected launch lineup this fall.

According to serial leaker "Dylandkt" on Twitter, a "high end iMac" will be released in 2022. The iOS developer later explained that the model is not expected to be released in the fourth quarter alongside "other M1X Macs."

Dylan reasons this to be the case because "Apple simply does not want their devices to compete for attention." There is also the belief that delays in product releases have led to the extended timetable.

As for when in 2022 to anticipate a new bigger iMac, the leaker insists the delays makes it hard to determine a specific schedule for release, since it can "change quickly."

In April, it was rumored by another leaker that a bigger iMac was in development, one that would have a larger viewable area than the existing largest 27-inch iMac. In July, another report chimed in to say a new iMac was on the way to replace the 27-inch model, though with a potentially bigger screen and using an M2 chip.

The leaker does have a track record. He was accurate in predicting that what turned out to be the 24-inch iMac reveal would focus on the lower end, versus a 27-inch replacement. About a half-year before it happened, he also predicted that the M1 was going to come to the iPad Pro.