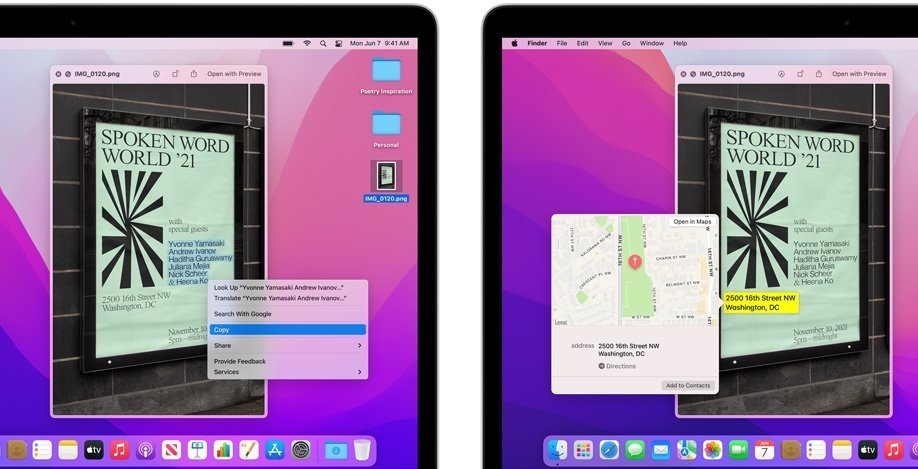 Apple's Live Text feature allows Mac, iPhone, or iPad users to select text within photos and images. However, on macOS, Apple previously stated that the feature would require an M1 chip.

That no longer appears to be the case in macOS Monterey beta 4. Live Text now works on Intel Macs in the latest beta, as first spotted by Rene Ritchie.

Sounds like Apple prioritized it based on demand, but it was made much easier by the lack of real-time requirements for a camera system

(So instead of kicking it to the ANE, it'll just process opportunistically) pic.twitter.com/vM5Nd7TGh8

Ritchie says that the feature was likely included for Intel Macs because of demand. Although system limitations might have prevented it on an Intel Mac, its inclusion was made easier by the fact that it didn't need to be present in a live camera view like on an iPhone or iPad.

Using Live Text, Mac users will be able to select text within images. That could allow them to easily search for an address or call a phone number, or copy and paste the text into a document or browser.

Of course, there's always the possibility that Live Text could be removed before the public release of macOS Monterey. As of writing, Apple's website still says that the feature requires a Mac with an M1 chip.