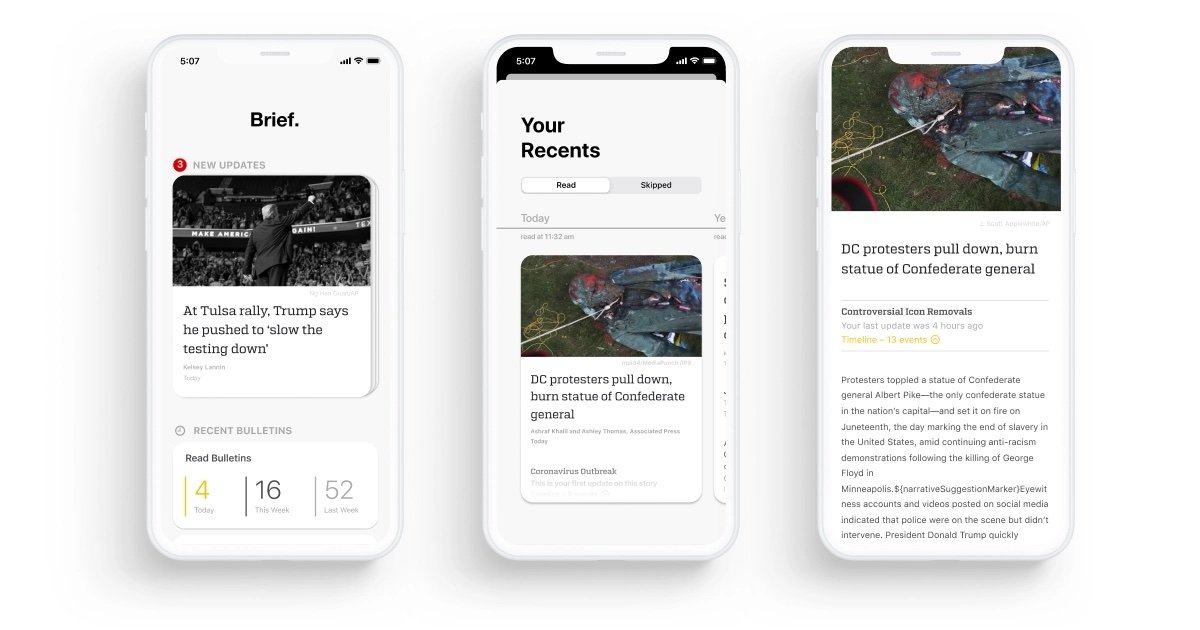 Brief announced the acquisition in its iOS app, stating that the company would be joining Twitter in its "effort to improve the public conversation." TechCrunch confirmed the deal, but noted that Twitter didn't disclose details.

The Brief app will officially shut down after July 31. In its announcement, Brief said that current subscriptions have been canceled and that it would provide additional details on refunds to subscribers.

Founded and launched by former Google engineers in 2020, Brief is a subscription-based news summary app that aimed to cut down on information overload and fight algorithms that prioritized engagement over accuracy.

According to TechCrunch, the team from Brief will join Twitter's experience.org group. They'll work on projects that support public conversations on Twitter Spaces and Explore, among other places across the social media website.

Although Twitter declined to detail exactly how Brief would improve the social media app, it did say it plans to use the founders' expertise to build and accelerate development of projects related to public conversation.