AppleInsider
Posted: August 3, 2021 11:00AM
in Future Apple Hardware
Apple could create a full-screen display for the iPhone that doesn't have any notches or holes for cameras or other sensors, by moving the display panel to create a window whenever a photo is being taken. 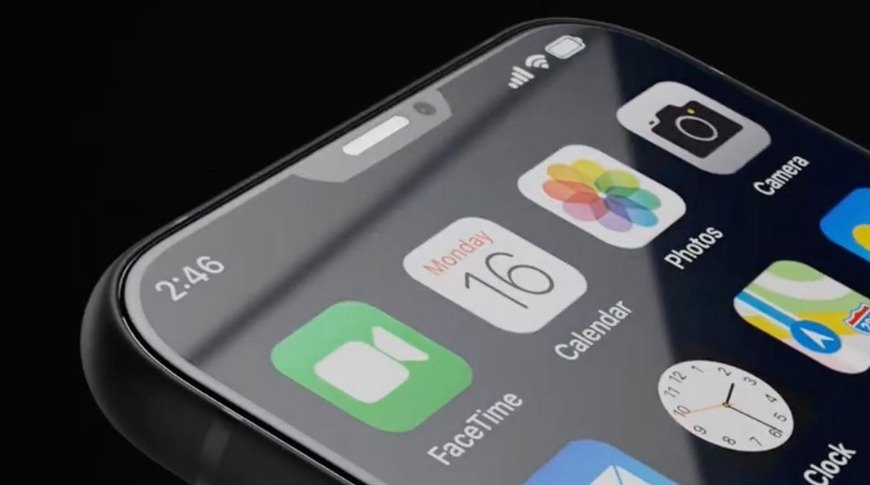 One of the recognizable, often copied, and complained about elements of the iPhone's design is the notch at the top of the display. Intended to allow the TrueDepth camera array to function, the size of the notch has been a problem for quite some time.

While Apple has been considering ways to shrink down the notch for future devices, what it could ideally do is get rid of the notch altogether. However, doing that introduces other issues, chiefly about having a display and a camera sensor occupying the same space in a device.

In a patent titled "Electronic devices with adjustable display windows" granted by the US Patent and Trademark Office on Tuesday, Apple believes it can fix the problem by moving the display itself.

There have been smartphone designs with sliding displays in the past, but in Apple's case, it wants the sliding to occur completely within the device's enclosure, with no external changes at all. Instead, users would see part of the screen change from being a display to being a dimmer or black section, while a photograph or other sensor-related function occurred. 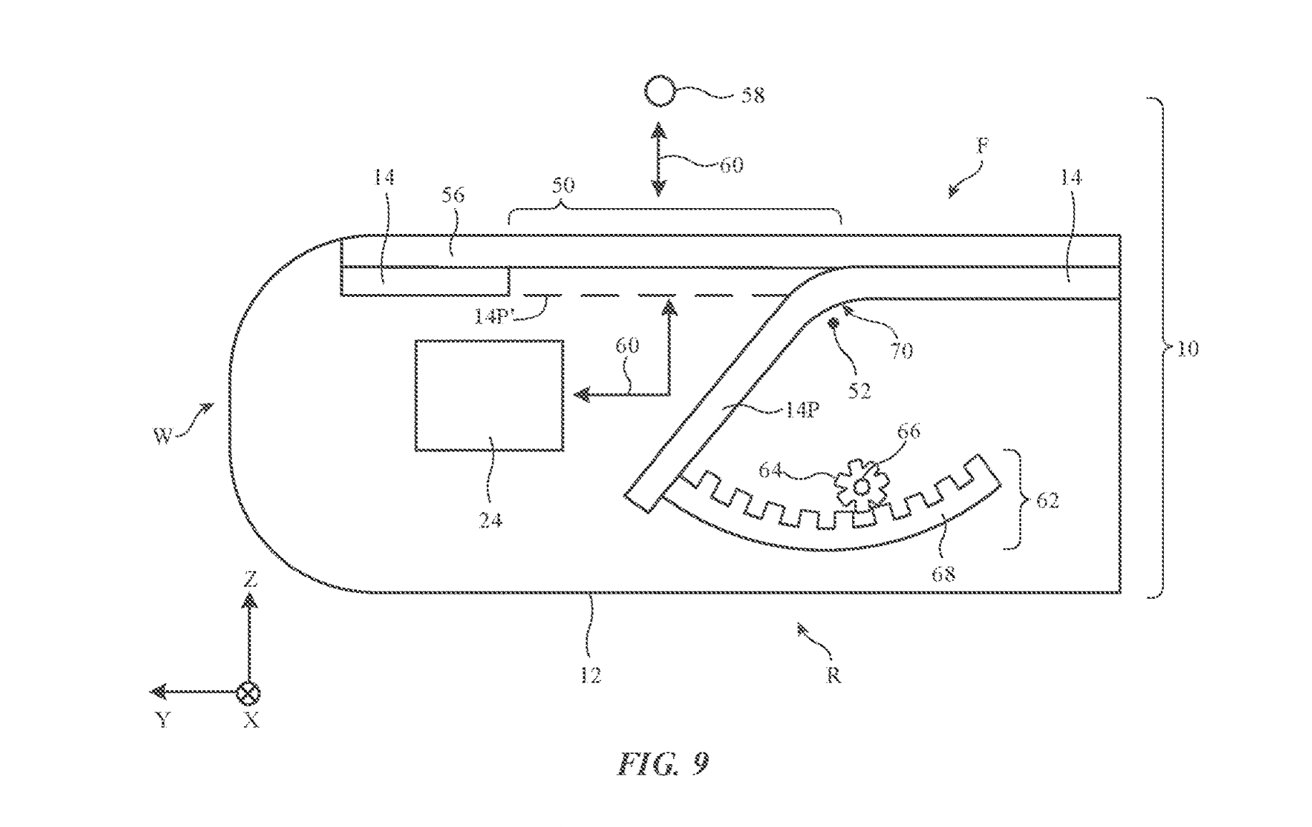 A mechanism could bend part of a flexible display out of the way.

The patent refers to a designated area as a window region in open and closed states. A movable part of the display switches between two positions depending on the state, all under the external glass enclosure.

The movable display can take multiple forms, but largely consists of the use of a flexible display. Depending on the version, this display could be bent out of the way of a sensor's view of the world, have folds to hinge like a door, or to slide up and down with slight bending at one end. 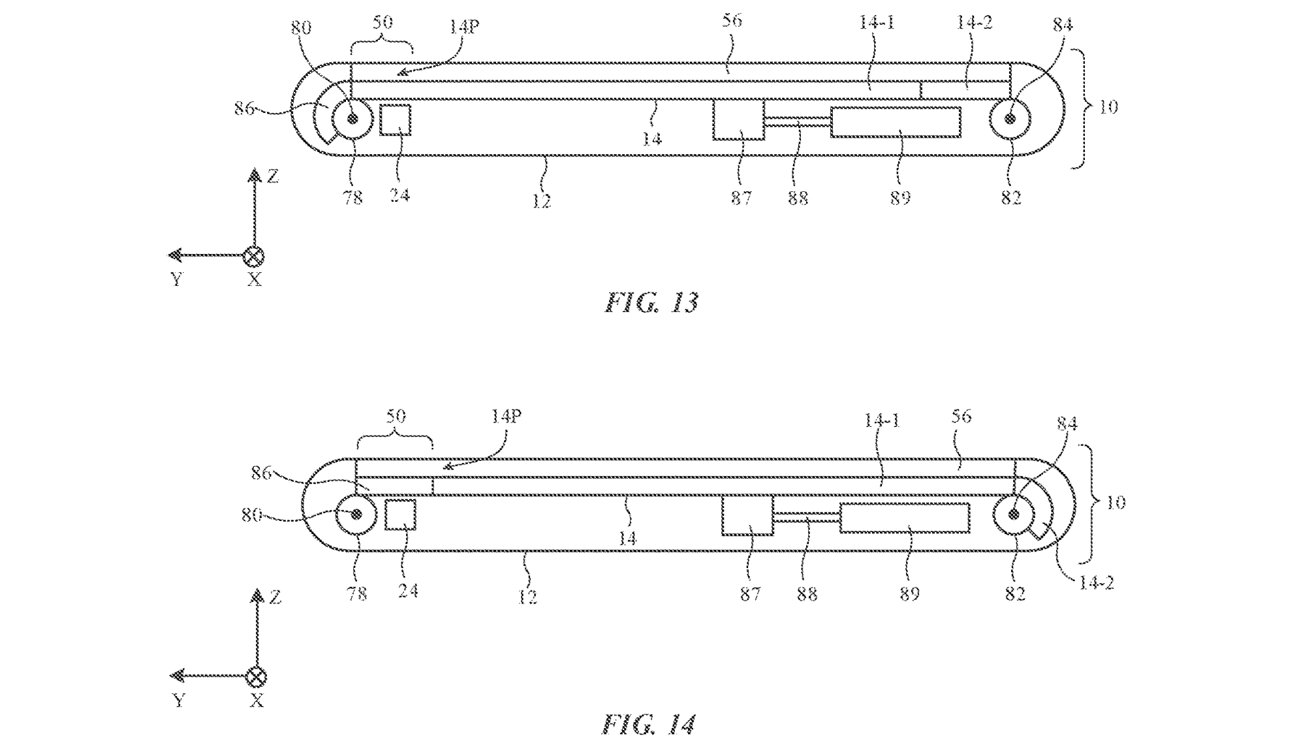 The display could shift up and down, creating a window space.

In each case, the camera is given a direct view of the environment and the subject, though this can also differ. There is the suggestion the camera could move, or the use of a reflective coating as a mirror for light, directing it at the sensor.

Apple files numerous patent applications on a weekly basis, but while the existence of a patent indicates areas of interest for its research and development teams, it doesn't guarantee the idea will be used in a future product or service.

A display window could allow a camera to use a mirror to see the world.

The idea of hiding the camera behind the display has been floated multiple times in the past in previous applications, and in various forms.

In 2017, Apple proposed various ways that sensors and other elements could be embedded into a display, using a variety of holes in the display. In 2009, it suggested placing a camera behind the display of a MacBook that would become functional after the display itself dims in that region.

The idea was enhanced in 2019, with "light transmitting windows" proposing openings for cameras in the display circuitry, which will turn transparent when required. A multi-layer display has also been suggested in 2020, to allow a camera to work in an Apple Watch display.

Apple has also offered the idea of combining the camera and the display. A 2008 patent proposed a display with thousands of microscopic image sensors between the LCD cells of the display, which could later be stitched together in software to create a complete image.