Apple Wallet student ID support rolls out to more schools in US, Canada

AppleInsider
Posted: August 3, 2021 3:22PM
in General Discussion
Apple has announced an expansion of support for mobile student IDs in the iOS and watchOS Wallet app across several universities in the U.S. and Canada. 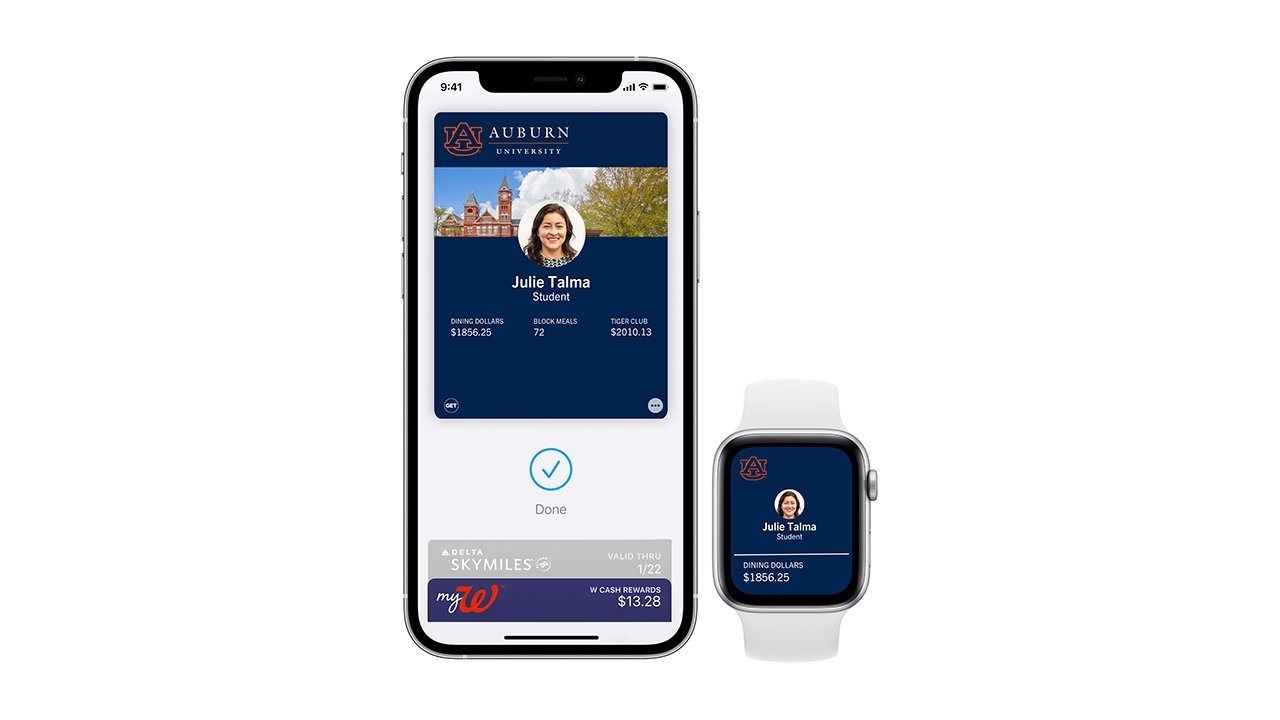 Users will be able to add student IDs to the Wallet app on iPhone and Apple Watch in Canada for the first time later in 2021. The first Canadian schools to introduce support will be University of New Brunswick and Sheridan College, Apple said.

Additionally, mobile student IDs will roll out to more U.S. Auburn University, Northern Arizona University, University of Maine, and the New Mexico State University, among others.

As Apple points out, many universities and colleges are transitioning away from plastic identification cards and toward a mobile-first approach. Students are also hopping onboard. In April 2021, more students used mobile student IDs in the Wallet app to access buildings and make purchases than they used plastic ID cards.

In the fall, the University of Alabama will become the first school to ditch plastic ID cards and issue mobile IDs to their 38,000 students.