AppleInsider
Posted: August 3, 2021 11:17PM
in General Discussion edited August 3
The online Apple Store was taken offline Tuesday afternoon, with the webpage and Apple Store app both displaying a familiar "Be right back" message that typically appears just prior to a product launch. 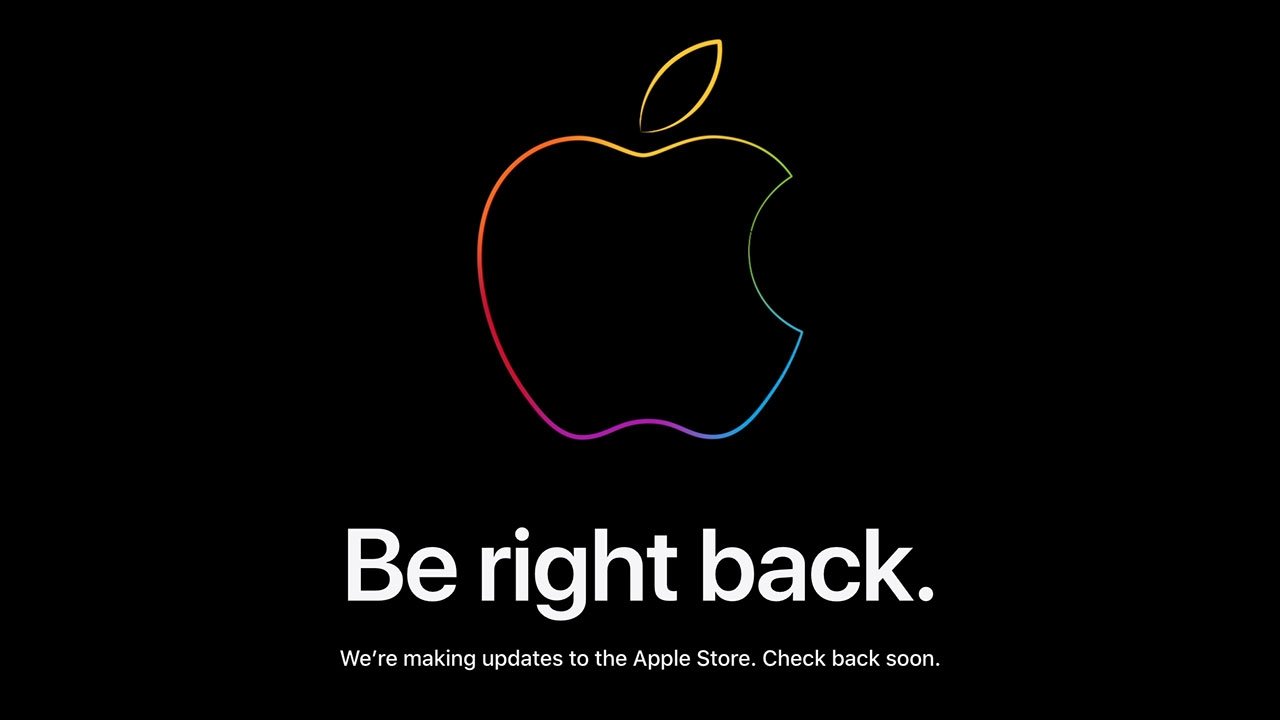 Apple Store downtimes usually result in new products being loaded into the storefront, though Apple has in the past taken the store offline briefly for routine maintenance.

Apple has not announced what changes will take effect when the store returns.

The iPhone maker is rumored to release a slate of major devices this fall, including 14- and 16-inch MacBook Pro variants with M1 chips, a redesigned iPad mini, revamped 10.2-inch iPad and next-generation AirPods. New "iPhone 13" and "Apple Watch Series 7" models are practically guaranteed to debut.

Most hardware releases predicted for this fall will likely be consolidated into one or two press events, not leaving much for a random Tuesday in August. It should also be noted that Apple's store rarely goes down when minor accessories like watch bands are stocked for sale.

This post will be updated when the online Apple Store returns.

Update: The store was back online in about an hour with a major redesign.