AppleInsider
Posted: August 3, 2021 11:30PM
in iOS edited August 2021
Apple is beginning to highlight in-app events in iOS 15, with one of the first being a TikTok Summer Camp session that was featured on the App Store's "Today" page on Tuesday. 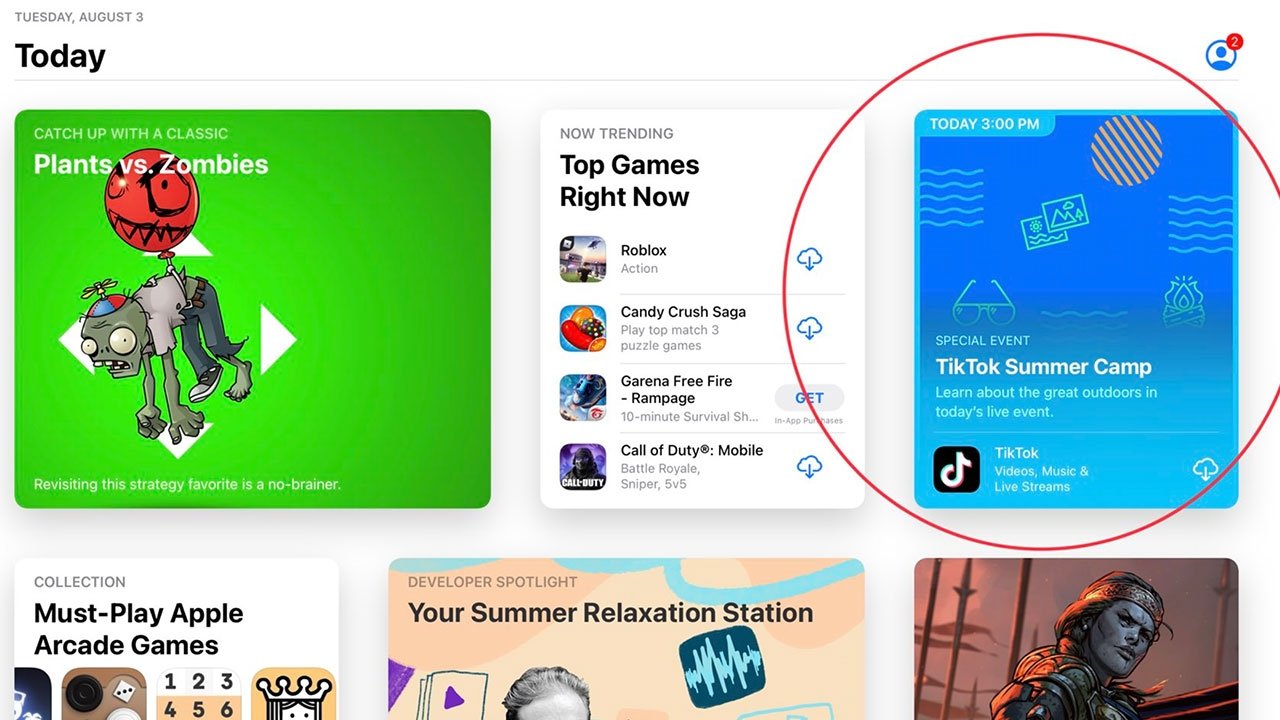 Announced at Apple's Worldwide Developers Conference in June and slated to debut with iOS 15 this fall, in-app events enable developers to surface timely events in apps and games. Apple will feature certain events on the App Store to help app makers reach a wider audience.

It appears that Apple is testing the function ahead of its debut. As noted by graphic designer and podcaster Brahm Shank on Twitter, devices running iPadOS 15 were shown information for a TikTok Summer Camp session in the App Store's Today page earlier today. The same feature was also seen on iOS 15.

As noted by MacRumors, the in-app event is displayed as a card in the Today view complete with start time and link to TikTok's App Store page. The card includes specifics about the event, which for today's TikTok event sees creators and artists discussing content revolving around outdoor themes.

Users can set a reminder to participate in the in-app event via a handy alarm icon on the event card.

In addition to the curated selections and personalized recommendations on the Today, Games and Apps tabs in the App Store, in-app events are featured in a special section on an app's product page and displayed prominently in App Store search results. Users can also search for events directly in the App Store, Apple says in a developer webpage detailing the feature. Developers have the option of charging for certain events, like limited game modes or special presentations.

In-app events will be available to the public when iOS 15 launches this fall.