AppleInsider
Posted: August 6, 2021 12:49AM
in General Discussion edited August 2021
Apple in a counter complaint filed in California on Thursday seeks to nullify a new assertion from patent holdings firm Traxcell, which is suing the tech giant in Texas for alleged infringement of intellectual property covering navigation systems. 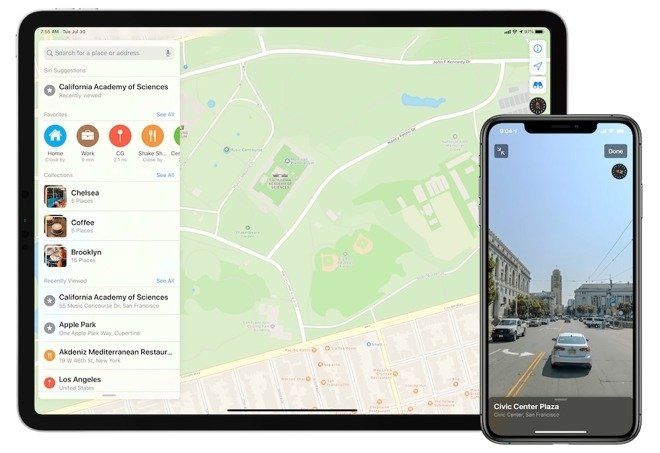 Traxcell, a non-practicing entity, sued Apple in January on claims that the company's Maps product infringes on U.S. Patent Nos. 9,918,196 and 9,549,388. The IP covers locating and providing directional assistance to devices on a mobile network and hardware that facilitates such capabilities.

It appears, however, that Traxcell is attempting to slip in claims from a third, heretofore unmentioned invention in U.S. Patent No. 10,820,147 for a "Mobile wireless device providing off-line and on-line geographic navigation information."

As explained by Apple in a complaint filed today with the U.S. District Court for the Northern District of California, Traxcell served the iPhone maker with its preliminary infringement contentions as related to the lawsuit in Texas. Despite not asserting the 147 patent in its original filing, the NPE included attached claims in the document and in July said it intends to assert the IP against Apple.

On Wednesday, Traxcell sent Apple a draft complaint set for filing in the Western District of Texas. Apple is looking to win a declaratory judgment that it does not infringe on the '147 property.

"This Court should not allow the threat of a future lawsuit and uncertainty surrounding Traxcell's allegations to harm and cause unpredictability to Apple's business," Apple asserts.

Apple lists a number of reasons why Maps does not infringe on the '147 patent, mostly leaning on the fact that it does not own or operate the cellular network through which its devices access mapping tools. That stipulation is detailed in multiple claims of the '147 property, Apple argues.

As for jurisdiction, Apple says California is the appropriate venue given Traxcell continues to communicate with the company's offices in the state. Further, one of the named inventors of the '147 patent participated in prosecution activities while living in Redondo Beach, Apple alleges.

Interestingly, Traxcell followed an identical pattern in a separate case involving Google. The NPE filed suit against the search giant in Texas using the '196 and '388 patents only to later serve contentions and a draft complaint related to the '147 patent. As in the Apple action, Traxcell sent communication to Google's Mountain View headquarters in California.

Apple seeks a finding of non-infringement and court fees in its California case. Traxcell's Texas action is ongoing.