AppleInsider
Posted: August 17, 2021 11:59AM
in Future Apple Hardware
A periscope camera system in a future iPhone could include actuators, allowing the lens to move for autofocus and optical image stabilization applications, without requiring a massive camera bump increase. 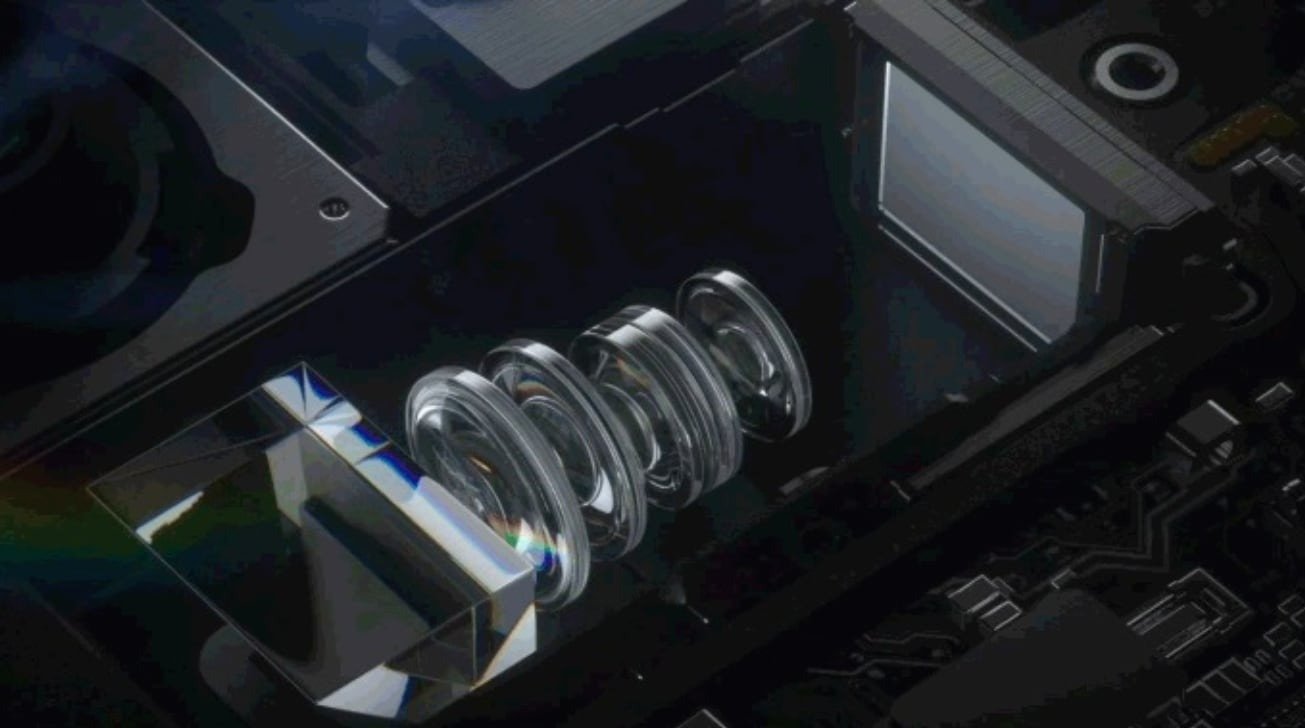 Apple's use of a triple camera system in the iPhone 12 Pro gives a wide optical zoom range to its users. The use of three camera sensors is needed in such cases, as there's not enough thickness in the device to enable a zoom lens to be used.

One way around that is a concept that has started to surface in some devices, referred to as periscope cameras and folded cameras, as used in Samsung's Galaxy S20. These systems rely on an arrangement of lenses that reflect light at an angle, taking advantage of the width of the smartphone rather than the thickness.

Apple has been rumored to be working on a form of folding camera, intended for use in a future iPhone model. 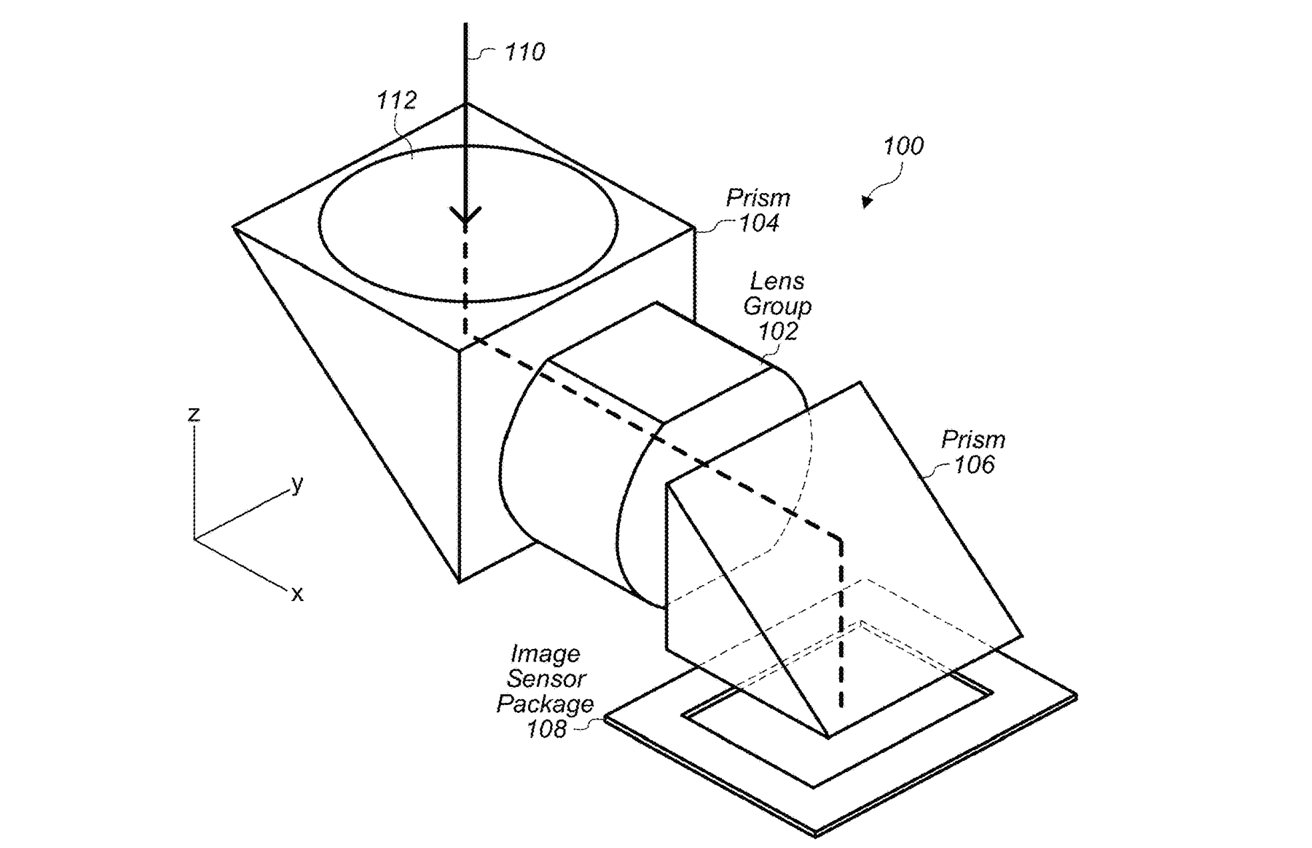 A simplified example of a folding camera lens arrangement.

While doing so can enable extremely long focal lengths, it does still rely on other elements to function. Chiefly, to allow for a range of focal lengths, the lens arrangement must be able to move, which entails creating a way to mount the lenses and to shift them around.

In a patent granted by the U.S. Patent and Trademark Office on Tuesday titled "Folded camera with actuator for moving optics," Apple comes up with a number of ways to include folded optics and lens-shifting capabilities in a device.

In various embodiments, Apple suggests that the system could consist of two prisms, with a lens group of multiple elements between the pair. The prisms divert light along an axis to an imaging sensor, while the lens group handles various optical functions.

The lens group could be held in an inner carrier structure, which itself is connected to an outer carrier structure. Both structures can be moved, with one moving at right angles to the other, allowing for a lot of changes in angle and placement of the lens arrangement. 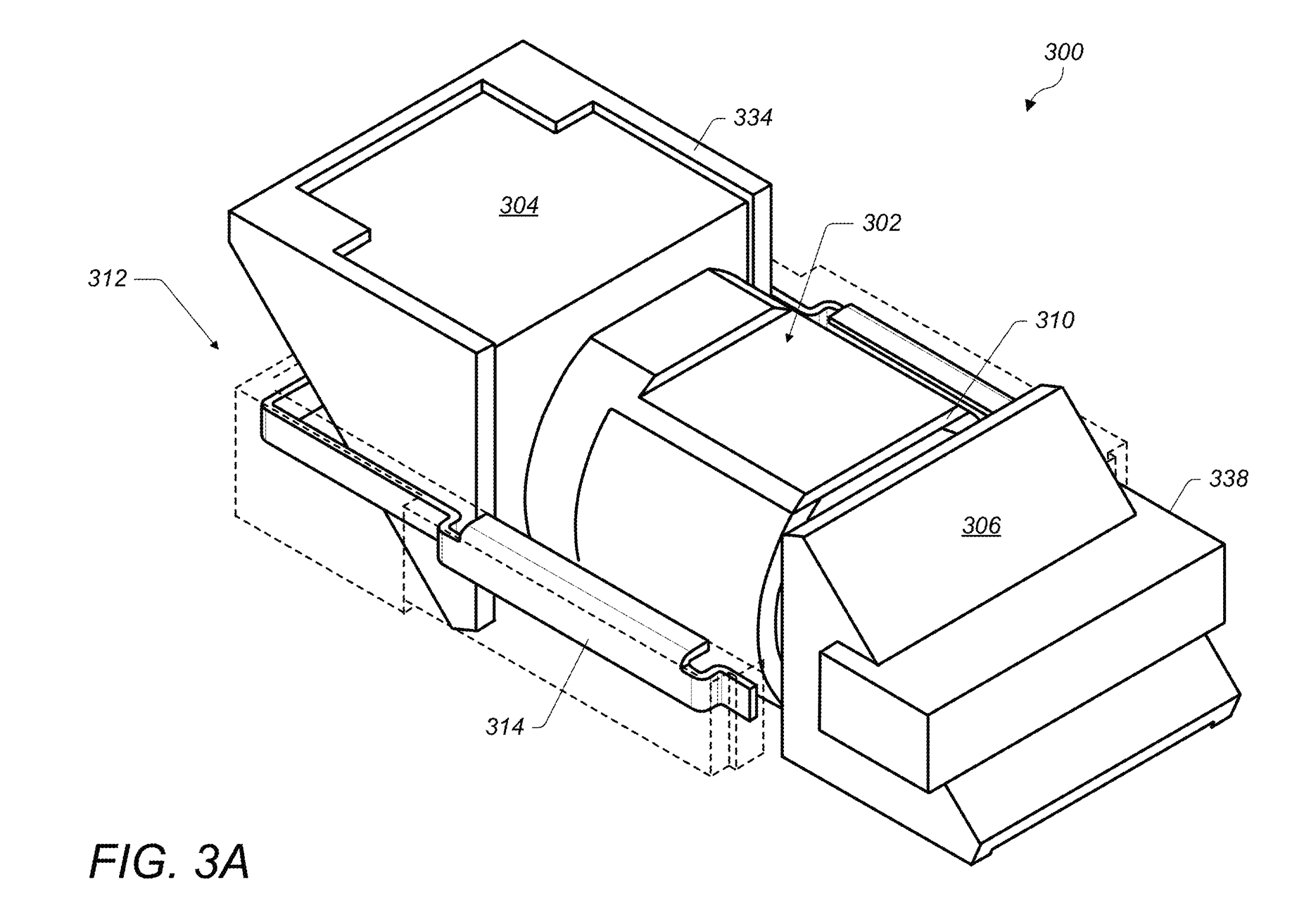 The patent deals with ways to mount or suspend the lens arrangements to offer OIS and autofocus capabilities.

Some variations of the theme describes actuator modules that use one or multiple magnets or coils. Leaf springs and suspension wires could also be incorporated into the suspension arrangement to allow the movement of the carriers freely, as well as to return them to a base position.

Apple files numerous patent applications on a weekly basis, but while the existence of a patent indicates areas of interest for Apple's research and development purposes, they don't guarantee the idea will appear in a future product or service.

In 2016, a patent floated for a compact lens system that used a mirror to reflect light at an angle just once, giving a small increase in distance while still employing a closely-held collection of lenses. In 2019, it had updated the concept with a stack of lenses and a prism, still continuing to shoot at a 90-degree angle rather than operating like a periscope.

In January 2021, a patent for a "camera including two light folding elements" proposed using two prisms either side of a lens system, similar to the newest patent. A second July patent for the year covered the same sort of concept again.

The August folded camera patent differs from the others as it largely handles the mechanics of mounting and moving the lens arrangements, rather than covering the basic idea of folded cameras itself.