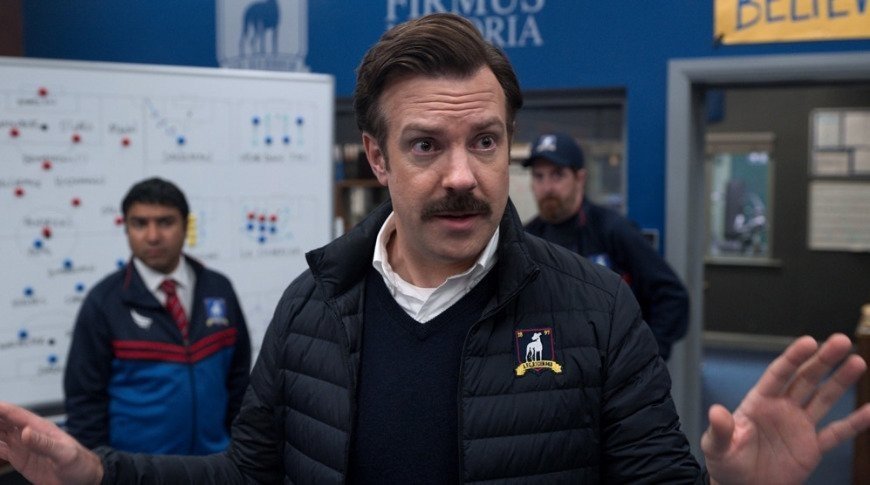 The highly-popular "Ted Lasso" is in the middle of its second season on Apple TV+, with the most recent episode "Rainbow" posted to the streaming service on Friday. By Saturday, it appears that word of one of the jokes from the show reached two big names in Hollywood.

Ryan Reynolds, known for "Deadpool" and "Free Guy," and Rob McElhenney of "It's Always Sunny in Philadelphia," posted an image to Twitter on Monday that apparently complained about the show. However, the complaint appears not to be serious in nature.

The Ted Lasso joke involved the character "Higgins," played by Jeremy Swifts, questioning the purchase of Welsh soccer team Wrexham AFC in 2020 by Reynolds and McElhenney. In the show, Higgins comments he "can't tell if them buying the club is a joke or not."

The purchase of Wrexham AFC by the pair did take place, with the acquisition of the football club featured in a documentary series titled "Welcome To Wrexham."

The tweets by Reynolds and McElhenney, reported by Deadline, consisted of the same image, taking the form of a letter to Apple TV+. While the pair "hold the incomparable Jeremy Swift in no ill regard," and say they are "honored to be mentioned on the platform that's brought us high-quality programming ranging from Mythic Quest season one to Mythic Quest season two," the pair still mockingly object to the joke.

Mythic Quest, which airs on Apple TV+, stars and is co-created by McElhenney.

"We must insist that you cease and desist from the casting of any doubt regarding our commitment to the club, the fans, and the entire Wrexham community," the letter continues.

To erase any doubt about the letter being a bit of fun between the actors and the service, the letter demands that "2 LARGE boxes of Ted Lasso's biscuits" be sent to the Racecourse Ground, the home stadium of the team, to avoid any "legal action."

Ted Lasso's "Secret Shortbread" is a running joke from the show, with the often-referenced prop jokingly featured in the credits of Apple's "Spring Loaded" event in April. While purposefully cut off, online sleuths managed to uncover what they thought was the full recipe a short time after the event concluded.

The Apple TV+ Twitter account responded to the letter, stating "We like our high-profile celebrity arbitration just like Roy Kent: hard packaging on the outside, but soft goodness on the inside. Biscuits are on their way."

The award-winning show has been a massive success for Apple TV+. The second season's premiere broke the service's viewing record, according to Apple, with the show also thought to be increasing popularity of the service overall.