AppleInsider
Posted: August 26, 2021 1:49PM
in General Discussion
Use of the Slack messaging service has become prevalent within Apple, bringing with it changes to how staff discuss projects -- and air grievances. 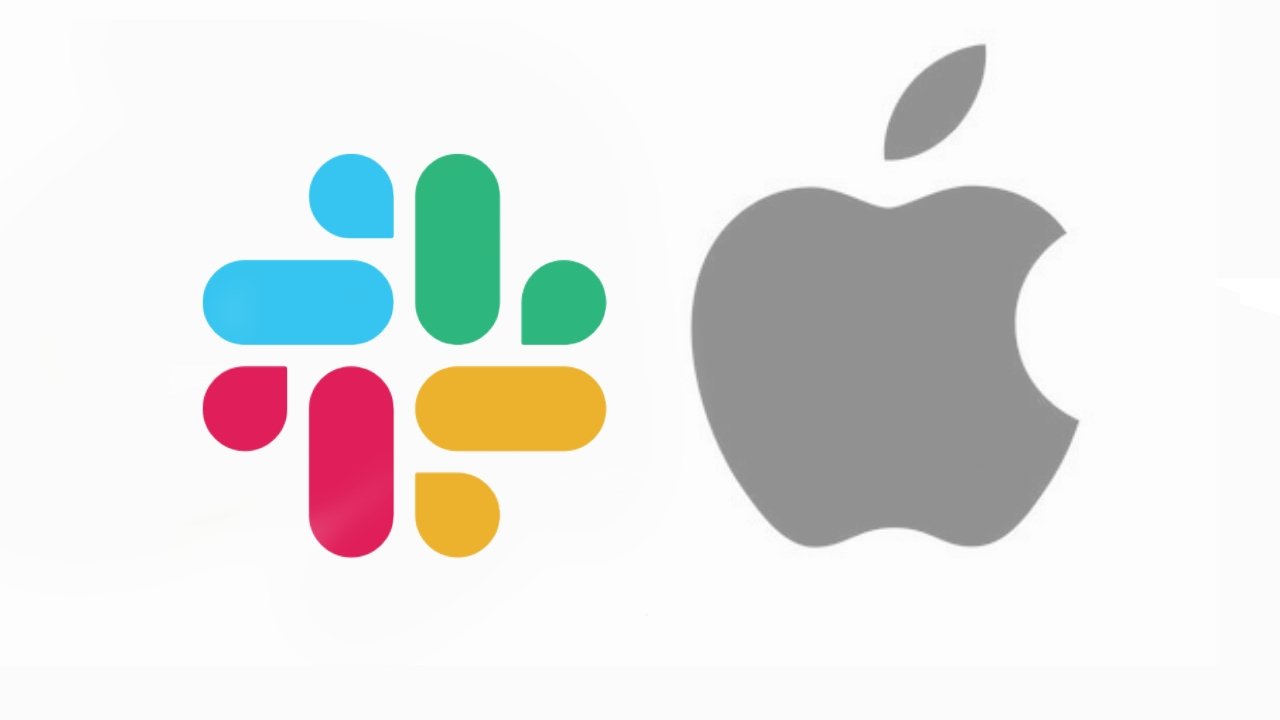 Slack has reportedly become so widespread amongst Apple employees that senior engineer Ashley Gjovik says she was told to stay off it. Gjovik had been complaining about sex discrimination, both directly to Apple and via Slack channels, and says that a condition of her being placed on paid leave was that she not use the messaging service.

Now a new report says that there are 3,000 internal Slack channels in use amongst Apple employees, with some unspecified number exceeding 10,000 members. According to The Information, Apple began using Slack in 2019, but it was during the coronavirus pandemic that it became popular amongst staff working from home.

"People are fully remote now," one former Apple employee, who left earlier in 2021, told the publication. "[So] what was previously water-cooler chat has become much more candid because the digital environment feels safer and less personalized."

Initially the Slack channels were reportedly typical corporate ones with names such as #announcements, and #careers. There will have been channels devoted to particular Apple projects, but then staff began adding broader ones to discuss benefits and other workplace issues.

Then in May 2021, it was directly because of a channel named #women-in-swe (software engineering) that Apple fired Antonio Garcia Martinez. While Martinez's reported views about women and people of color were later discussed on Twitter, and presented to Apple's Eddy Cue in a petition, they were first circulated on the Slack channel.

Apple was accused in July 2021 of shutting down Slack channels that were not directly related to work. Sources within Apple contacted AppleInsider to refute this, but the channels in question were reportedly discussing the dissension over the company's policies about returning staff to office work.

Similarly, Apple is accused of having shut down at least three staff-run surveys regarding salaries and pay equity. Software engineer Cher Scarlett then started her own survey outside of Apple.

"Slack and social media have been absolutely the biggest catalyst in giving workers the ability to organize," Scarlett told The Information.

Scarlett is not officially authorized to speak on the record about Apple, and the company has always been stringent over who can talk, and what they can discuss. But Scarlett says that employees are protected from company retaliation when discussing workplace conditions.

"A nondisparagement clause doesn't mean you can't say anything bad about the company," she said. "You can openly talk about discrimination."

Employment law aside, it appears that internal media such as Slack has emboldened Apple staff to organize, and to then discuss issues publicly.

Perhaps the most visible result of this is the new #AppleToo movement, which is a separate website outside of Apple's control. "We've exhausted all internal avenues," says the site, "we've talked with our leadership... Nothing has changed."

One positive change that Slack has reportedly prompted is what's said to be a newfound ability for Apple staff to discuss projects with colleagues they might otherwise never meet.

"[Slack is] giving people a platform that allows them to connect with people they wouldn't ordinarily connect with," she continued.

Apple has not commented on the article from The Information.