AppleInsider
Posted: August 30, 2021 6:39PM
in iOS edited August 30
Instagram is requiring all users to supply their date of birth, in a bid to make the Facebook-owned image and video-sharing iOS app safer for younger users. 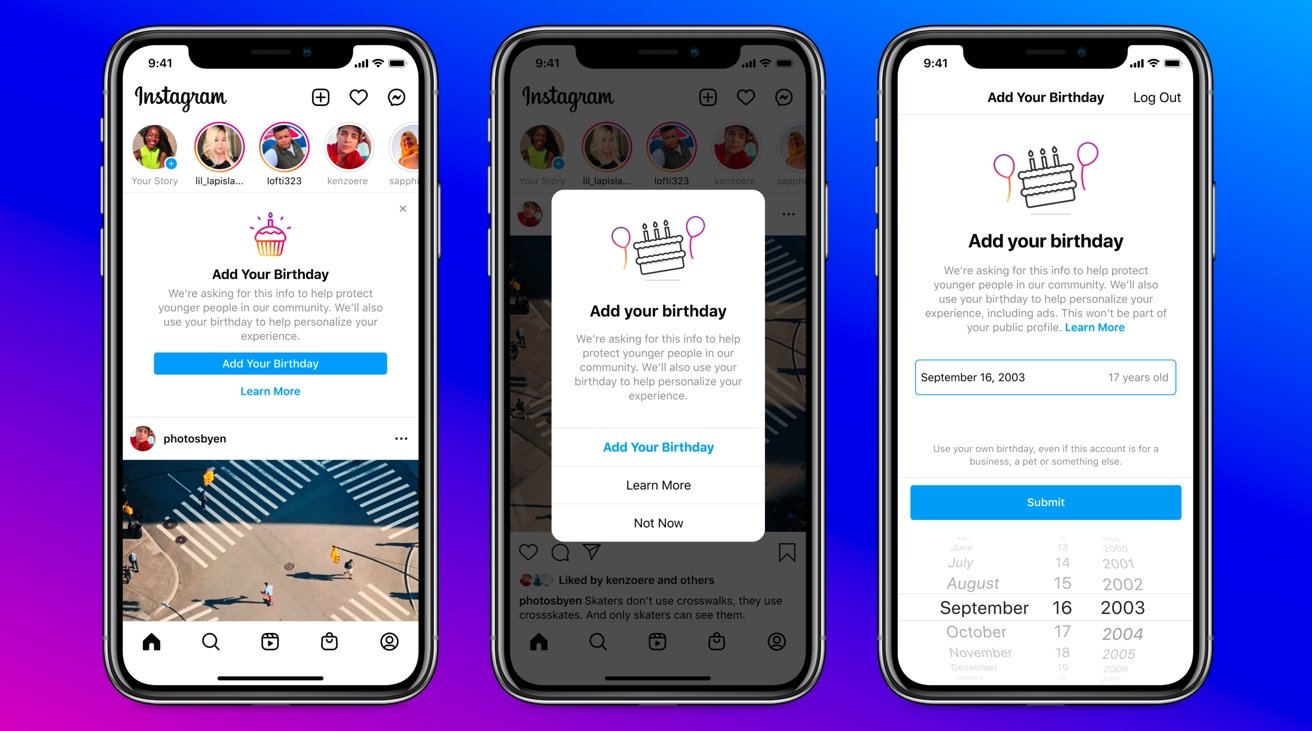 Many apps request ages for compliance purposes, such as to stay within the rules of COPPA. In a change to the social media app's policies, Instagram is now going to force users to supply that information, or be prevented from using the service entirely.

Instagram started to ask users to supply their birthday in 2019, but it was possible to dismiss the request. Announced on Thursday, users will soon have to actually provide the information without ignoring the notice or else face not being able to use the account.

As well as prompting with an occasional notice, Instagram will start requiring users to enter the birthday to see sensitive or graphic content.

In case an incorrect birthday is given, Instagram is also working on AI to estimate the age of users, based on post content like "Happy Birthday" posts. In theory, the in-development system will identify if a user has added an older age than they really are, which could trigger verification systems to correct the age.

Instagram claims the change will allow it to "create new safety features for young people, and helps ensure we provide the right experiences to the right age group."

Reports surfaced in March that Instagram was considering a version of the service for children aged 13 or under. The rumors prompted attorneys general from 44 states to ask Facebook to reconsider its creation.