AppleInsider
Posted: September 7, 2021 11:09AM
in Future Apple Hardware edited September 2021
The redesign of the 24-inch iMac could one day be replaced by a more striking version, with Apple continuing to consider producing an iMac suspended in a single sheet of curved glass. 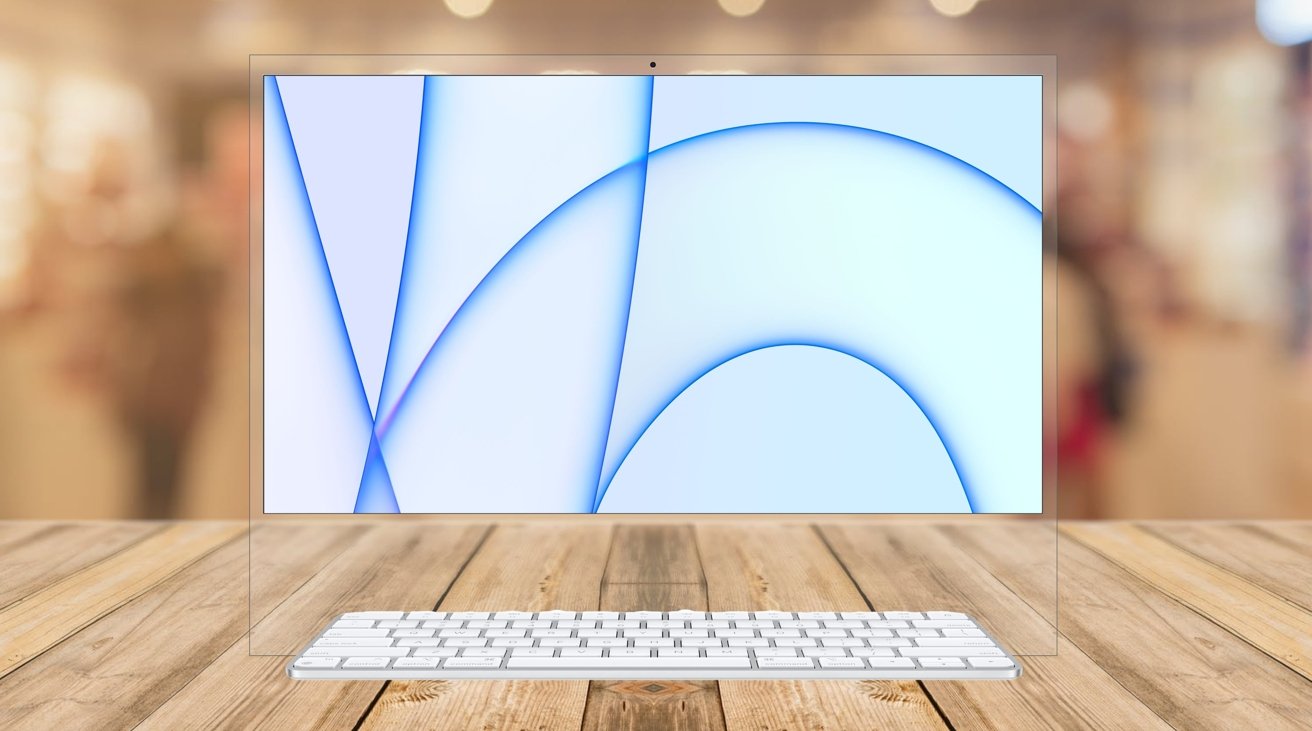 Apple's introduction of the 24-inch iMac was a major event, as the company overhauled the traditional appearance and mechanics of the iMac into something more like an iPad Pro. The large screen in a compact enclosure and held in the air by a small stand was a more minimalist approach to the computer's design.

With the introduction of one new design format, Apple's attention has to turn to the follow-up. If Apple wanted to go more minimalist, it may have to consider how the main screen is held up, possibly by introducing a glass or transparent stand.

In a patent granted by the U.S. Patent and Trademark Office on Tuesday titled "Electronic device with glass housing member," Apple is considering just that very concept. Rather than using a stand, Apple thinks it could create an iMac that is held in the air with a curved sheet of glass.

The patent application first surfaced to AppleInsider in January 2020, but has only just been granted. It was originally filed on May 1, 2019.

The suggestion is that the glass consists of an L-shaped piece, with a large flat section incorporating a curved element, followed by another short flat area. The large section holds the display, which can be attached to the back side of the glass, so the glass sheet itself can protect the screen and have a seamless appearance. 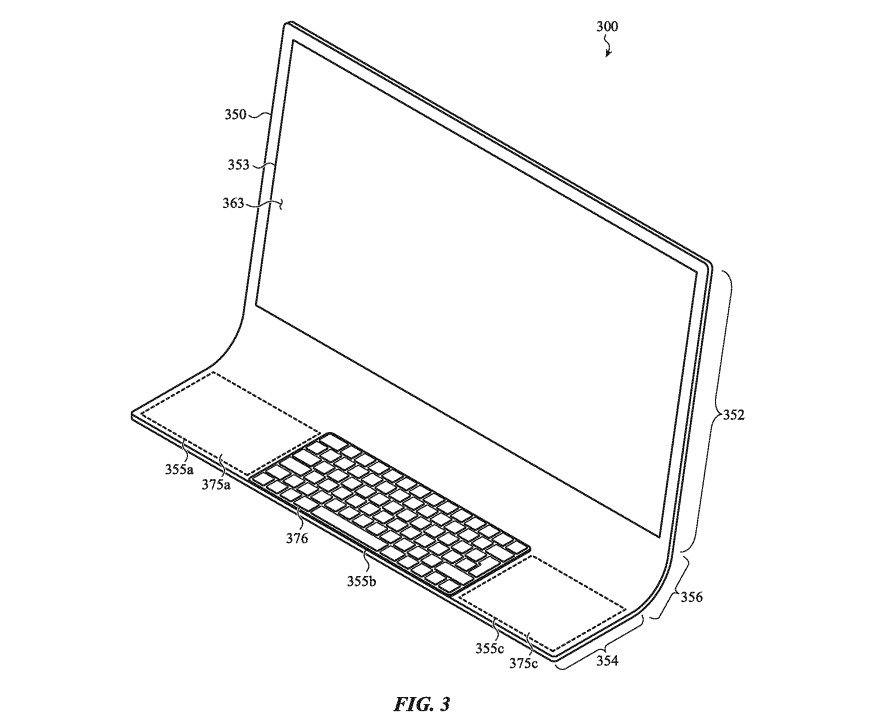 The single glass sheet could have a lip used to hold a keyboard.

The lower section could be used as part of its system for holding the larger section vertically, acting as a large foot. This lower lip could be assisted by a wedge section, propping up the entire curved assembly.

The wedge performs double duty, as it could be used to hold most of the heavier components to minimize the weight being held up by the glass. Shifting the wedge could allow for the angle of the glass sheet to vary, giving users a way to adjust the screen's viewing angle.

The short lip may be used to hold the keyboard, mouse, and trackpad, with a hole in the glass potentially used to feed cables through. On a more extreme level, a large slit could be used, allowing a MacBook Pro or another notebook's lower keyboard section to be slid in from behind, as a form of dock.

If the curved section of the glass is made to be flexible, it could be feasible for it to fold upwards, parallel to the main glass area. This could be useful for storage, keeping the keyboard out of the way when not in use.

The left shows the potential wedge used to prop up the glass. On the right, how it could be used to dock a MacBook.

Apple files numerous patent applications on a weekly basis, but while the existence of a patent indicates areas of interest for its research and development teams, it doesn't guarantee the ideas will be used in a future product or service.

Apple has many patents under its belt relating to the use or manipulation of glass for its products. For example, it has numerous filings relating to a wrap-around display for an iPhone.

These have also included creating "fused glass device housings" that can create a seamless all-glass casing for hardware, with no gaps.

Apple has also looked into ways to make glass thinner and stronger, adding elements like ceramic particles for strength, and even using glass in flexible displays.