AppleInsider
Posted: September 8, 2021 11:12AM
in iOS
A new leak says that Apple will introduce the "AirPods 3" with improved sound and battery life at its September 14 iPhone event. 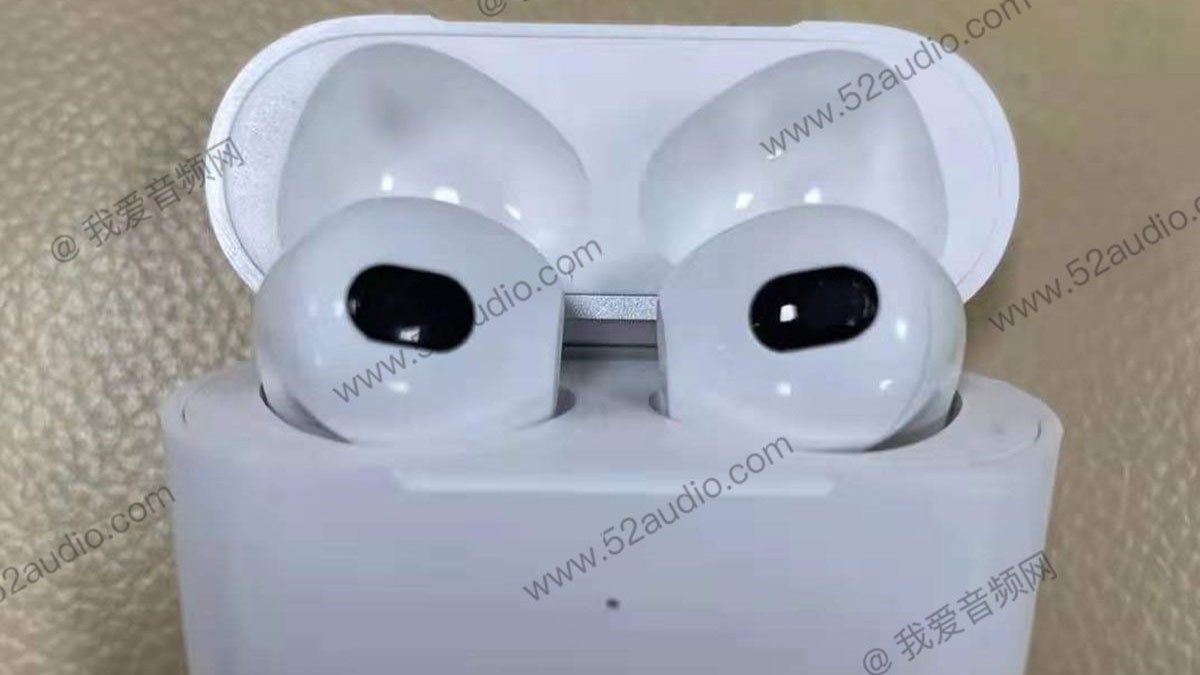 Following Apple's official announcement of an event on September 14, Max Weinbach's PineLeaks account has published a series of reports about the event on Twitter.

Fitting to the annoucement of Apple's September event, we are publishing our report on Apple's upcoming products, including the iPhone 13, Apple Watch Series 7 and 3rd Generation AirPods.

The series of leaks claims that, "AirPods 3," including a revised charging case, will be unveiled. "Overall sound should be about the same as you've seen on the 2nd generation," says PineLeaks, "though with noticeably better bass and low ends."

That charging case "should receive an around 20% larger battery," while the batteries inside the "AirPods 3" themselves "should be around the same size as the ones found on the current AirPods Pro."

Speaking of batteries, PineLeaks further says that the Apple Watch Series 7 "is bound to see its first real battery life improvement since the original Apple Watch."

This claim fits in with multiple previous ones about a redesigned chassis on the Apple Watch Series 7, that would give room for a larger battery. It's also expected that the Watch's "S7" processor will be smaller, and double sided, to save space and give yet more room for the battery.

Citing no sources, PineLeaks also has much to say about the "iPhone 13" range, including how the Pro Max model "will see a[n] 18-20% larger battery."

Both 6.1" iPhones will again use the same battery component, while an increase in capacity of around 10% can be expected. Although the Pro might perform slightly worse due to the presence of 120hz

Finally, the leaker has a small addition about the expected "iPhone 12 mini" and its battery life. "We expect the iPhone mini variant to offer an additional 1 hour of battery life," says PineLeaks.

Max Weinbach has previously claimed, via his EverythingApplePro site, that the "iPhone 13" will have an always-on display for certain elements of the screen. It may, for instance, always show the time and battery icons.