AppleInsider
Posted: September 13, 2021 1:57PM
in macOS edited September 2021
The cloud directory service JumpCloud has raised $159 million and a $2.56 billion valuation in a new funding round, assisted in part by an expansion of its Mac device management services. 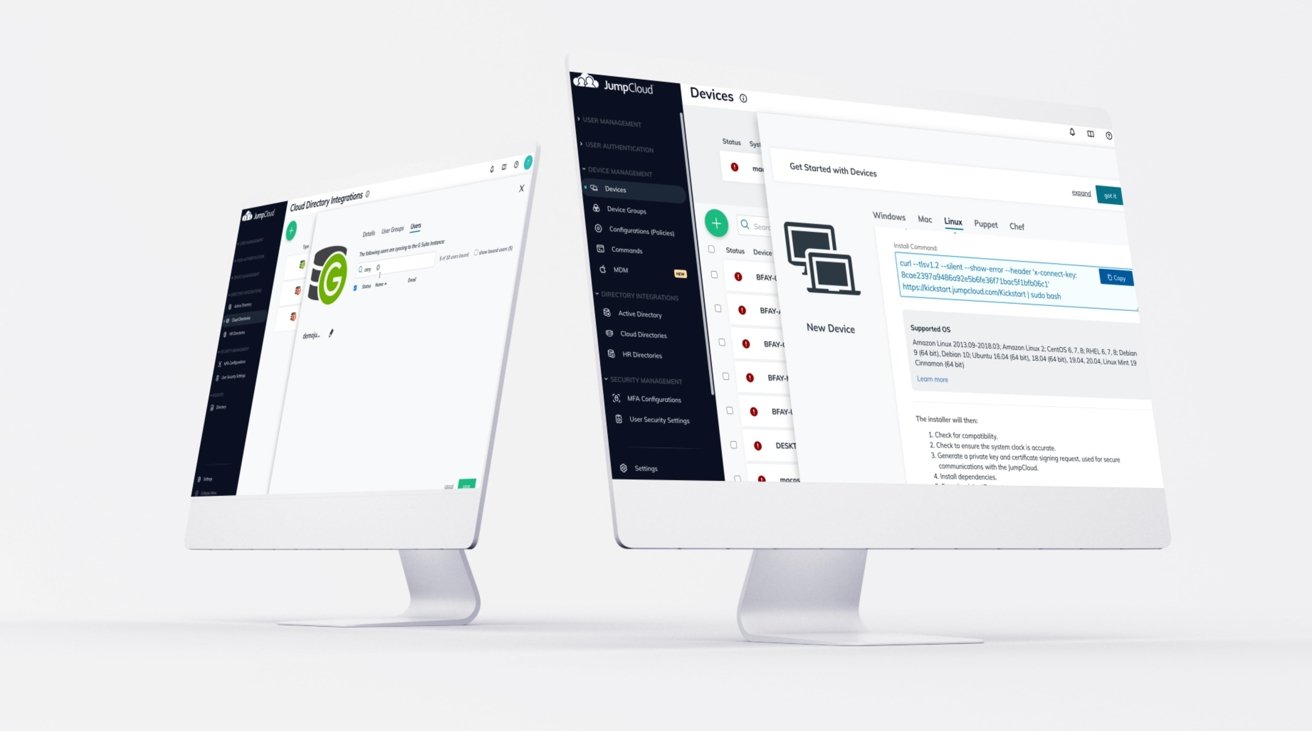 JumpCloud is a directory service that operates in the cloud, providing enterprise firms with the ability to manage devices and users with a single sign-on (SSO) system. On Monday, it announced more cash has been raised by the company.

A series F funding round led by Sapphire Ventures and accompanied by Owl Rock, Whale Rock Capital, Sands Capital, and Endeavor Catalyst raised $159 million in investments in total. The funding follows after a January 2021 series E round, that raised $100 million, with the overall valuation of the company now at $2.56 billion.

JumpCloud now has nearly 5,000 customers across over 100 countries, consisting of many small to medium-sized enterprise IT teams and managed service partners. It has especially benefited during the COVID-19 pandemic, assisting firms with managing devices remotely as work-from-home strategies became important.

"IT teams have a strategic responsibility to ensure work gets done securely and efficiently. The pandemic accelerated their need for an infrastructure platform that is not limited by legacy domain-based approaches, or requires multiple point solutions," said Rajat Bhargava, CEO and co-founder, JumpCloud.

"JumpCloud reimagined the directory with a comprehensive, modern platform that gives IT admins an easier path to adopt Zero Trust security models for more granular access control, with a user-friendly experience"

By taking advantage of Apple Business Manager with its MDM for Mac systems, Macs were set up and configured automatically from first boot, rather than requiring admins to lay hands on the hardware.