AppleInsider
Posted: September 14, 2021 8:53PM
in General Discussion edited September 2021
On a special episode of the AppleInsider podcast, we recap everything Apple announced at its "California Streaming" event, including the new iPhone 13 Pro, Apple Watch Series 7, redesigned iPad mini, and more. 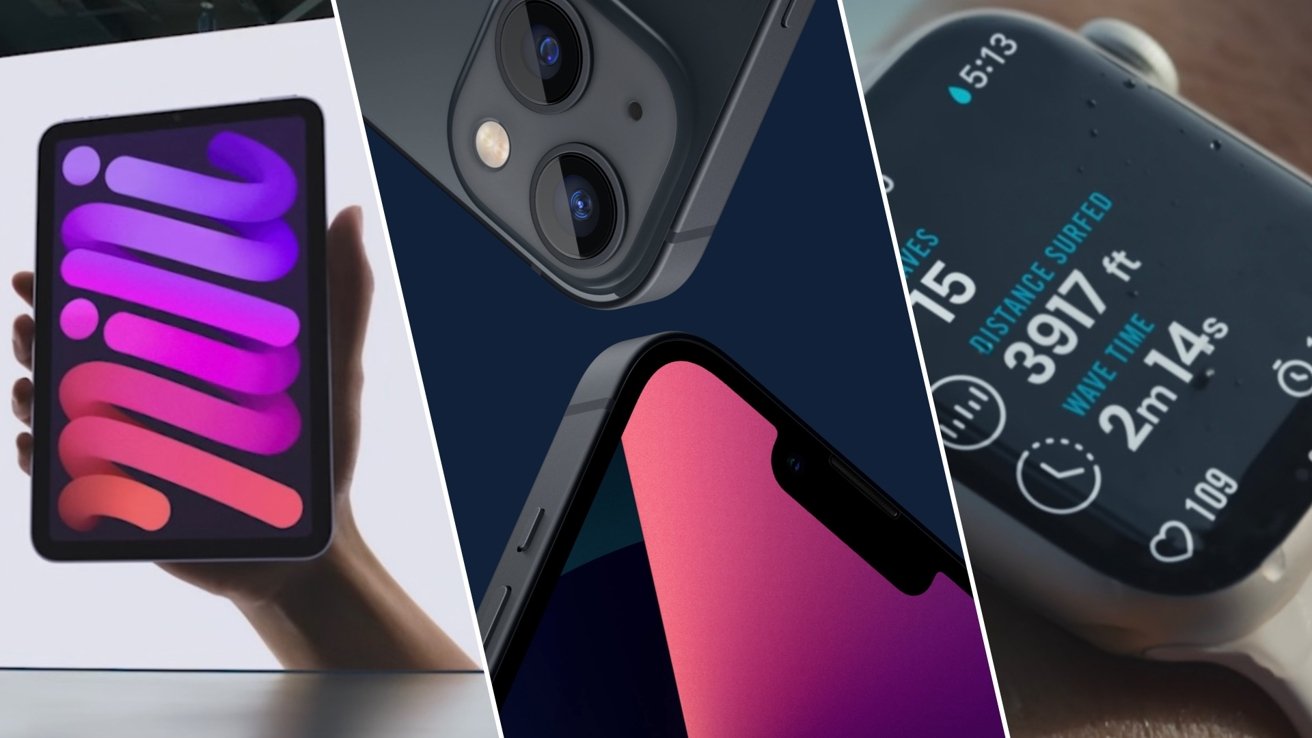 During their "California" streaming event, Apple released a new ninth-generation 10.2-inch iPad with A13 Bionic processor and a new 12MP Ultra Wide front-facing camera. While the physical design remains unchanged, including a Touch ID home button, the new model will include Apple's Center Stage feature, 20% faster performance, and keep the starting price of $329.

Next, Apple revealed a redesigned iPad mini that sports the same flat-edge design as the iPad Air and iPad Pro. Powered by the new A15 bionic chip, iPad mini will sport an 8.3-inch Liquid Retina Display with True Tone, USB-C charging port instead of Lightning, and is compatible with the Apple Pencil 2.

Following the iPad mini was Apple Watch Series 7. Unlike the the flat-edge design shown off by various leakers, the new model keeps the same shape as the Series 6. The Retina display will come in 41mm and 45mm sizes which is 20% larger than the previous model. Current Apple Watch bands will be compatible with this new hardware, and a new USB-C charging cable will allow Apple Watch Series 7 to be charged 33% faster.

Apple finally announced the expected iPhone 13 lineup with new colors, upgraded cameras, and powered by the new A15 bionic chipset. All screen sizes remain consistent with the iPhone 12 models, but will feature a thinner notch thanks to a smaller Face ID system.

One of the biggest features of the iPhone 13 is a new "Cinematic Mode" for video. This shooting mode will allow users to shift focus between subjects manually, or the iPhone can do this automatically. Even after a video is shot in this mode, focus can be adjusted around the frame in post-production.

iPhone 13 Pro was the final hardware announcement featuring a new Sierra Blue option. These new iPhone 13 Pro models include the long-anticipated ProMotion display, which will have a variable refresh rate from 10Hz to 120Hz.

In addition to the ProMotion display, each of the three lenses of the iPhone 13 Pro will be updated with wider aperture settings, the telephoto lens now has 3x zoom, and users will be able to film in ProRes format later this year.

Support the show on Patreon or Apple Podcasts to get ad-free episodes every week, access to our private Discord channel, and early release of the show! We would also appreciate a 5-star rating and review in Apple Podcasts