AppleInsider
Posted: September 20, 2021 11:42PM
in iOS edited September 20
Ahead of Apple's iPhone 13 launch this week, the company on Monday issued updates to its iMovie and Clips video editing apps with support for new hardware features Cinematic mode and ProRes recording. 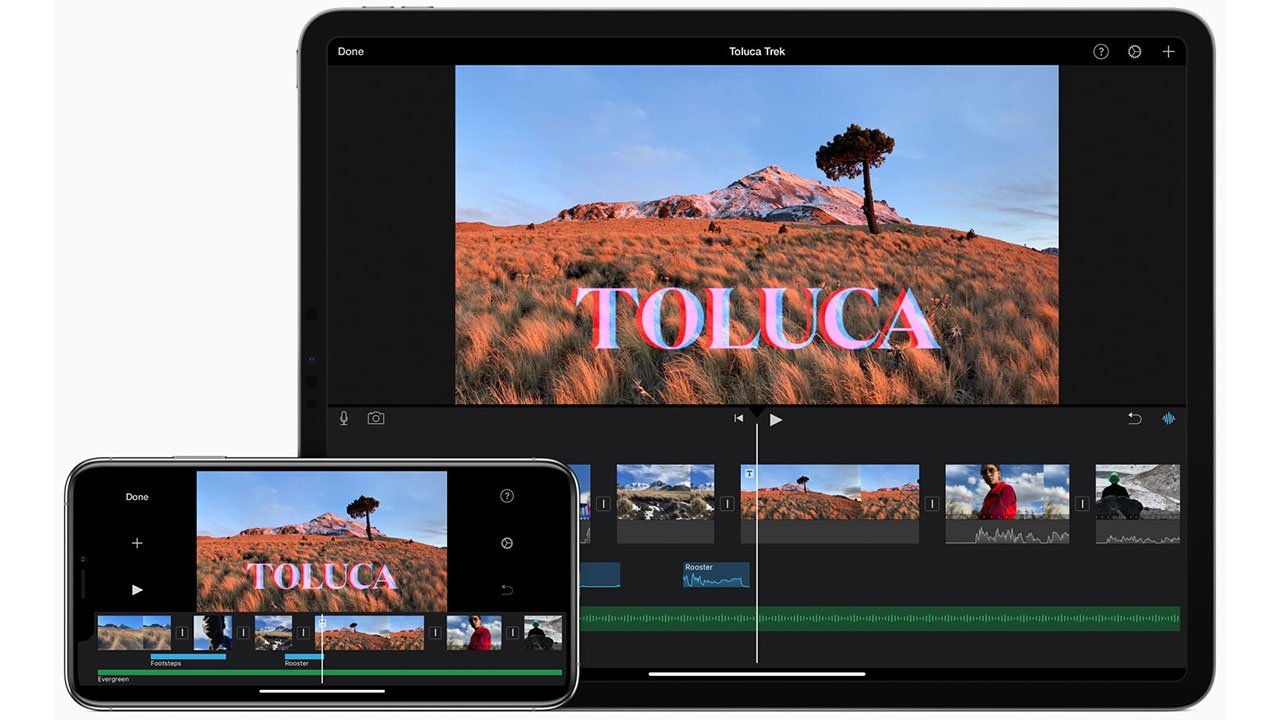 With today's update, iMovie nets support for importing and editing video captured in Cinematic mode on iPhone 13. Users can add, adjust and delete focus points in Cinematic mode footage to change the depth of field effect created by the feature.

Available on all iPhone 13 and iPhone 13 Pro models, Cinematic mode mimics professional videography techniques by automatically shifting focus to people, pets and objects, adding depth of field effects on the fly. For example, the technology might first focus on a person facing the camera and intelligently rack focus to another person in the background when the first person turns away. Cinematic mode can also anticipate when another subject enters the frame.

Apple is also introducing the ability to add ProRAW images to movies and trailers. The update includes the usual unnamed bug fixes and improvements.

Short-format video editor Clips also benefits from iPhone 13 hardware upgrades and can now import and edit Cinematic mode video. While the app is unable to adjust focus after the fact, Clips users can apply filters, stickers, emoji and other effects to captured footage.

Finally, users can now add videos or photos from their Photos library with a tap, transitioning away from a cumbersome import method that required recording each piece of content into a project. As with iMovie, Clips is receiving unnamed stability updates and improvements.

Apple's iMovie and Clips are available for free from the App Store.