AppleInsider
Posted: September 22, 2021 3:14AM
in iPod + iTunes + AppleTV edited September 2021
Spotify will have more U.S. users listening to podcasts on its service than Apple Podcasts by the end of 2021, according to new predictions published this week. 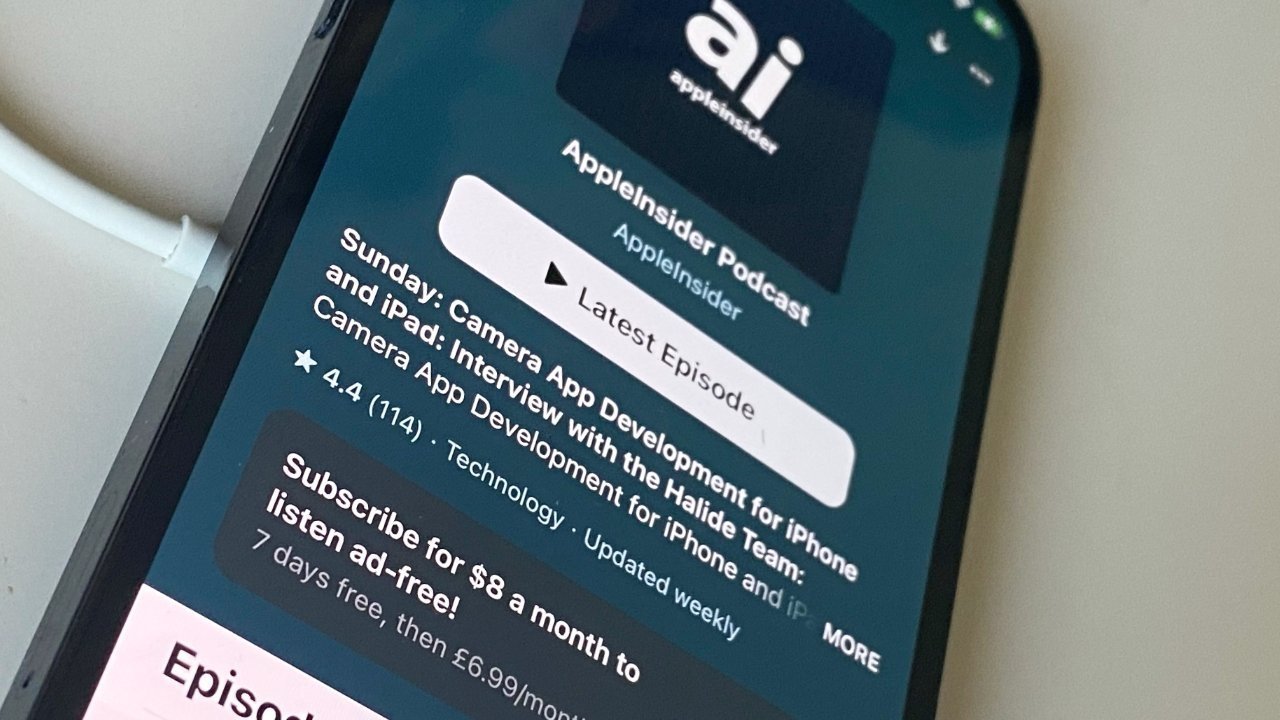 In a report on Monday, eMarketer predicts Spotify will average 28.2 million monthly podcast listeners by the end of the year. That figure compares to an expected 28 million monthly listeners for Apple Podcasts.

While the research firm expects the market to decelerate in the coming years, Spotify is anticipated to gobble up a bigger portion of the pie through 2025. The streaming giant is predicted to grow its podcast listener base incrementally over the next four years to land at 43.6 million users a month, or about 12.7% of the U.S. population.

Apple Podcasts, meanwhile, has "essentially stagnated" and will reach 29.1 million monthly listeners by 2025, according to the report.

Despite having a hand in the creation of podcasting, Apple only recently made definitive moves to capitalize on the medium by introducing a podcast subscription mechanism in June. Spotify, which has aggressively built up its podcasting platform over the past couple years, launched a similar feature in August.

As both companies look to expand their respective content libraries, Spotify is offering creators 100% of subscription revenue until 2023, at which point a 5% commission kicks in. Apple, on the other hand, is levying its normal 30% rate for listener subscriptions, a rate that is reduced to 15% after a year.

Today's predictions come on the heels of a report that detailed a variety of podcast creator complaints with Apple's podcasting solution, including an error prone content management system and a bug that significantly impacted downloads this summer.