AppleInsider
Posted: September 23, 2021 10:32AM
in General Discussion edited September 2021
Apple is to open its first Bronx store in The Mall at Bay Plaza, on September 24, adding to the 11 it already operates across the five boroughs. 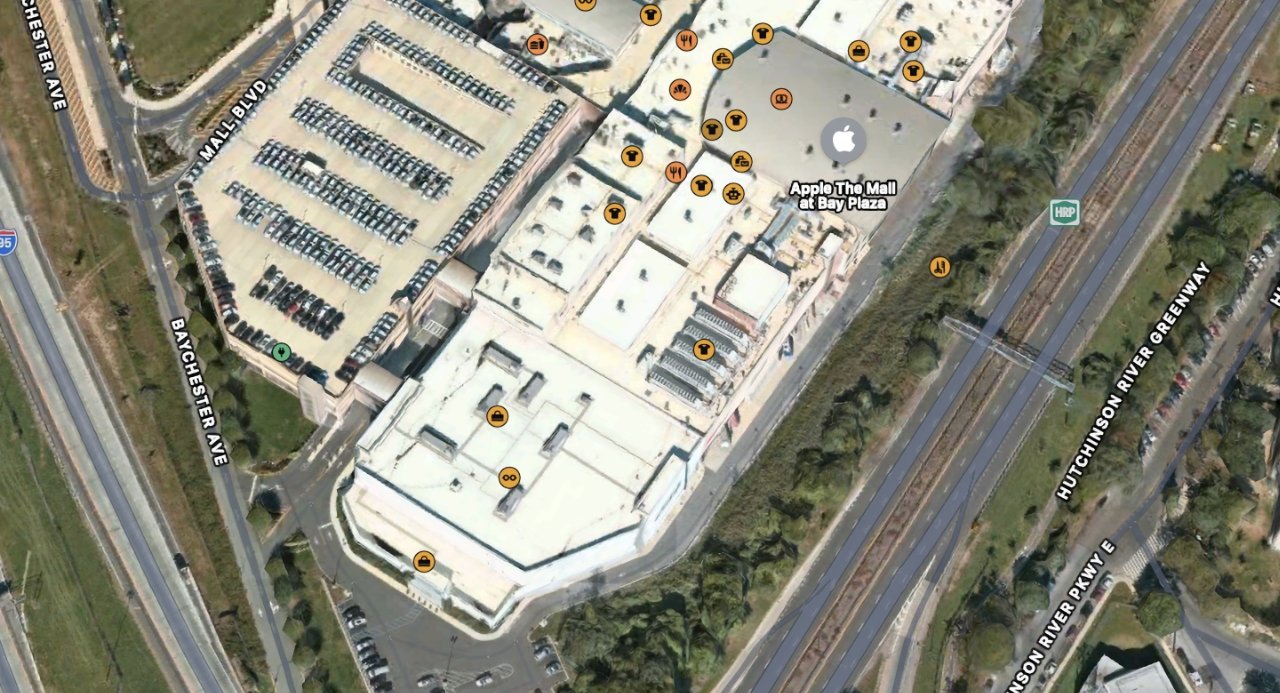 Apple Maps is already showing details of the new Store

Almost two decades after its first New York store opened in Soho in 2002, Apple is expanding to the Bronx. The new store, Apple The Mall at Bay Plaza, is a 10,391-square-foot store at 200 Baychester Avenue.

"We were thrilled that we were finally able to sign a lease with Apple to bring them into the mall," said the mall's agent Jerry Welkis in a statement, "and to service the Bronx population as well as the southern Westchester county."

"There's something special in store for you," says the Store's website. "A brand new Apple Store is coming September 24."

Apple The Mall at Bay Plaza will open at 8 a.m. Eastern for what are being described as "special store hours." After launch, it will chiefly operate 10 a.m. to 9 p.m.

The Mall at Bay Plaza was opened in 2014 at the intersection of New England Thruway and Hutchinson River Parkway, on the border of Westchester County.