AppleInsider
Posted: September 23, 2021 11:48AM
in iPhone
Twitter user Sonny Dickson has taken apart what appears to be an iPhone 13 to reveal its newly redesigned interior, with the battery and Taptic Engine changes being the most notable changes. 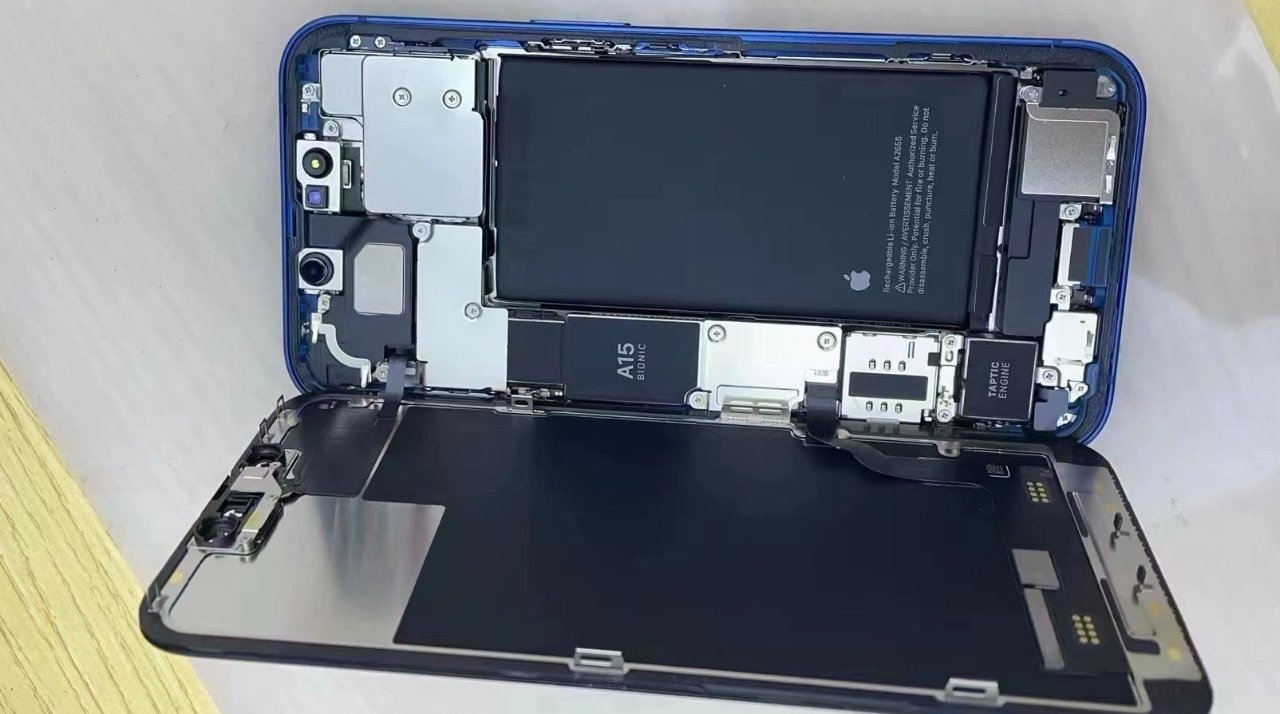 As shipping notifications for the iPhone 13 range are starting to arrive, a prolific leaker has already received and partially disassembled a device. Sonny Dickson, on Twitter, does not say which model it is, but based on other tweeted images of packaging, it is most likely to be an iPhone 13.

The greater portion of the phone's interior is taken up by the new, larger, battery, which is chiefly responsible for the iPhone 13 range's increased battery life. The clearest sign of how Apple has accommodated this increased battery volume, is in how the Taptic Engine is visibly reduced and can be seen in the bottom left of the iPhone.

Sonny Dickson has previously shown what were claimed to be dummy models of each of the iPhone 13 range.