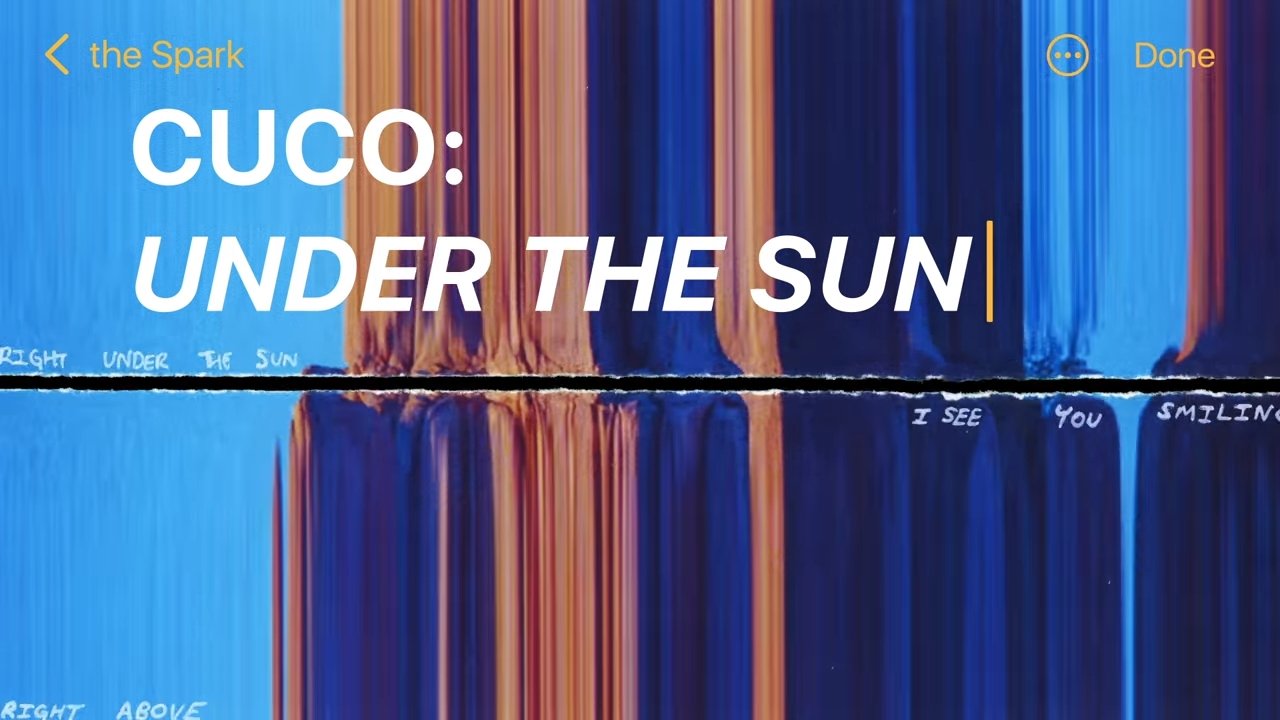 Apple describes "The Spark" as a "series exploring the origin stories of some of culture's biggest songs and the creative journeys behind them."

The first episode profiles Mexican American singer-songwriter Cuco as he creates his song "Under the Sun." The video shows Cuco using his iPhone to quickly jot down notes as he begins to flesh out his songs' lyrics.

Cuco explains how his environment, family, and girlfriend play a heavy role in his ability to create music.

"Being in this place with some really good people brought back this spark that I didn't have before," he says. "I really could be doing a lot more with my music. I want different generations to be listening to it."

The series will likely continue to update periodically with other established and upcoming artists profiled on future episodes of "The Spark."

Apple recently debuted a new game show called "Play, Pause, Delete," where artists are asked to make tough decisions about music, culture, and everything in between.