AppleInsider
Posted: October 11, 2021 1:30PM
in General Discussion
Apple is preparing to open a new store in Turkey, with the Bagdat Street outlet in the middle of Istanbul promoted by a giant mural covering the front of the store. 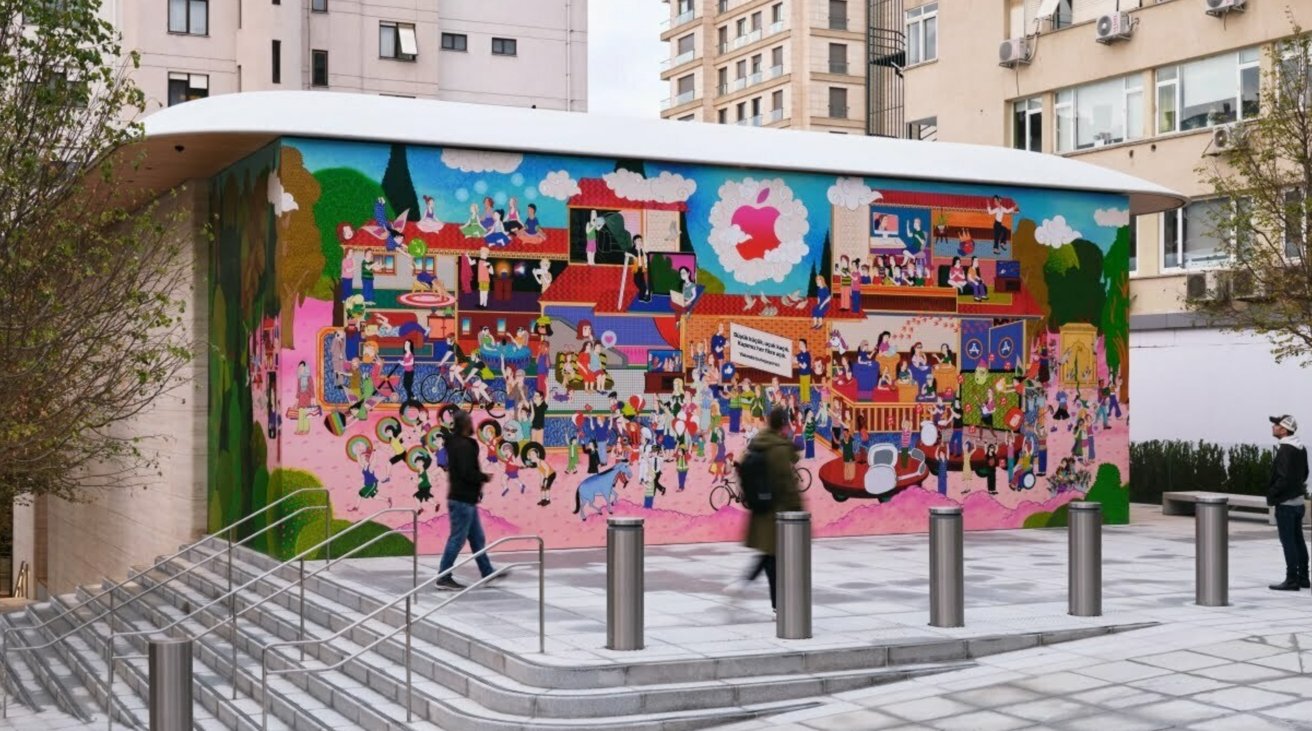 Apple confirmed there would be a new store opening in Bagdat Street, Istanbul in the future. While an opening date for the outlet is currently unknown, Apple has started to promote the store, announcing its presence via its online store listings as well as through a mural on the store itself.

The multi-storey graphic is produced by Murat Palta, a Turkish artist known for his reworking of western films into traditional Ottoman miniature style posters, reports Bigumigu. The main graphic covers the entire front of the store, with extra elements attached to other public-facing facades, all to minimize inspection of work by the public.

Apple told the report that the store will feature a garden area for people to relax in, and for the store to be lively both inside and out.

As well as appearing on the store itself, Apple has made the graphic available to download as a wallpaper from the store's online listing. In describing the outlet, Apple says "We look forward to meeting you and all your crazy ideas, big and small," and for users to "be inspired while spending time in the garden and reveal your creativity."

The store will be Apple's third in the country. Apple's first retail outlet in Istanbul surfaced in 2014 at the Zorlu Mall, followed closely by one in the Akasya Mall.