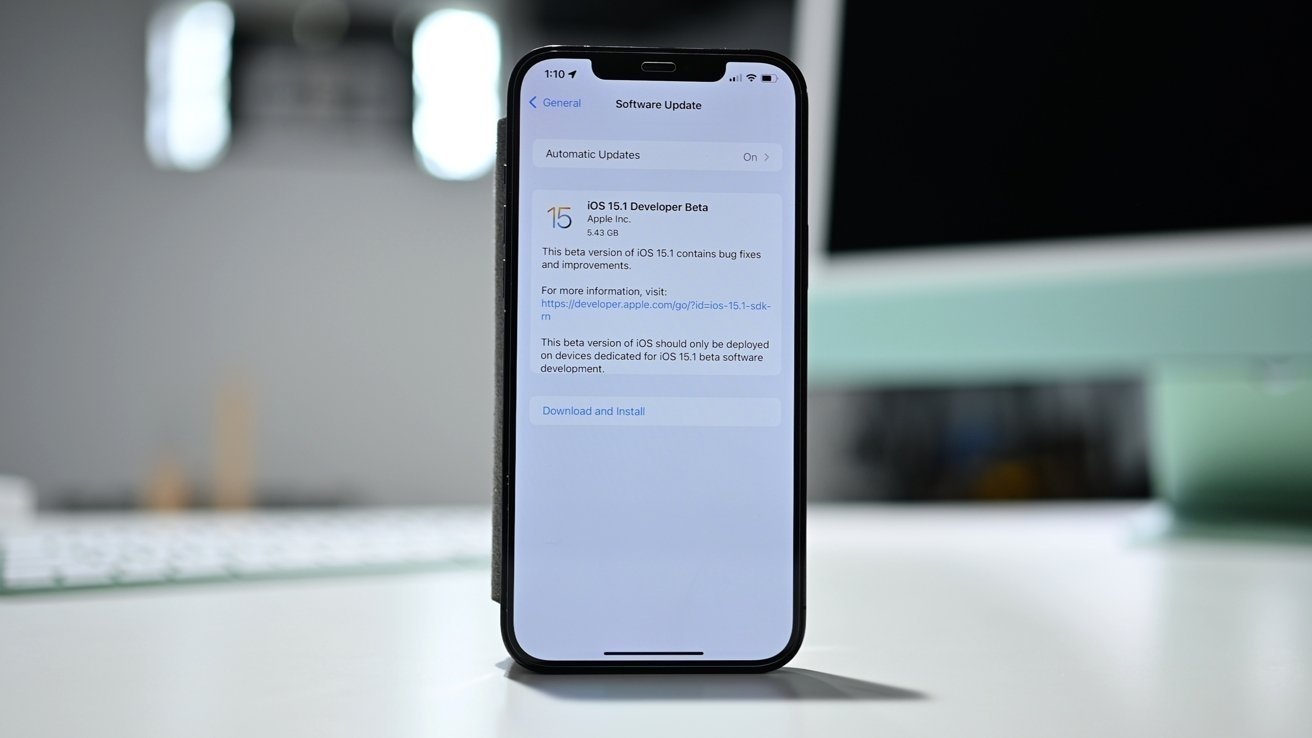 The new builds can be acquired by developers in the beta as an over-the-air update on devices already enrolled into the program, or through the Apple Developer Center. Public beta variants of each operating system normally surface shortly after the developer betas, and can be accessed from the Apple Beta Software Program website.

The new betas of iOS and iPadOS are denoted as build number 19B5068a.

The first build of iOS 15.1 reintroduced features that were missing from the iOS 15 release, such as SharePlay. One major new feature also surfaced, with users able to add verifiable COVID vaccination cards to Wallet.

AppleInsider, and Apple itself, strongly recommend users don't install the betas on to what they could describe as "mission-critical" or primary hardware, as there is the small possibility of data loss or other problems. Instead, testers should install betas onto secondary or non-essential devices, and to ensure there are sufficient backups of data before updating.