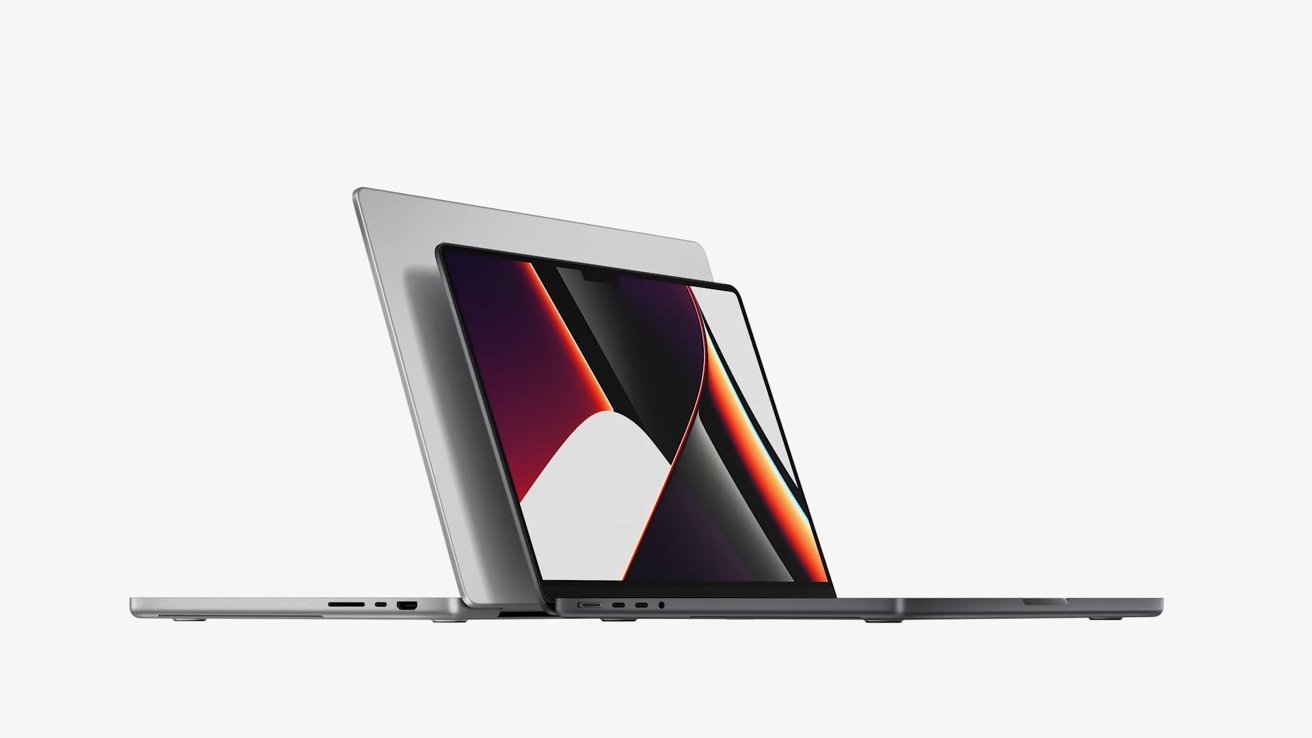 That Liquid Retina Pro XDR display is also significant for its backlighting, as Apple is using mini LED instead of LED. By dividing the backlight into thousands of localized dimming zones, the mini LED display offers considerably improved contrast ratio at 1,000,000:1, better color representation, and brightness over older models, as high as 1,000 nits sustained and 1,600 nits at peak.

That minimal bezel means the display has the infamous notch from the iPhone in the middle of the top area. The notch includes a 1080p FaceTime HD camera with an advanced image signal processor, with computational video support. 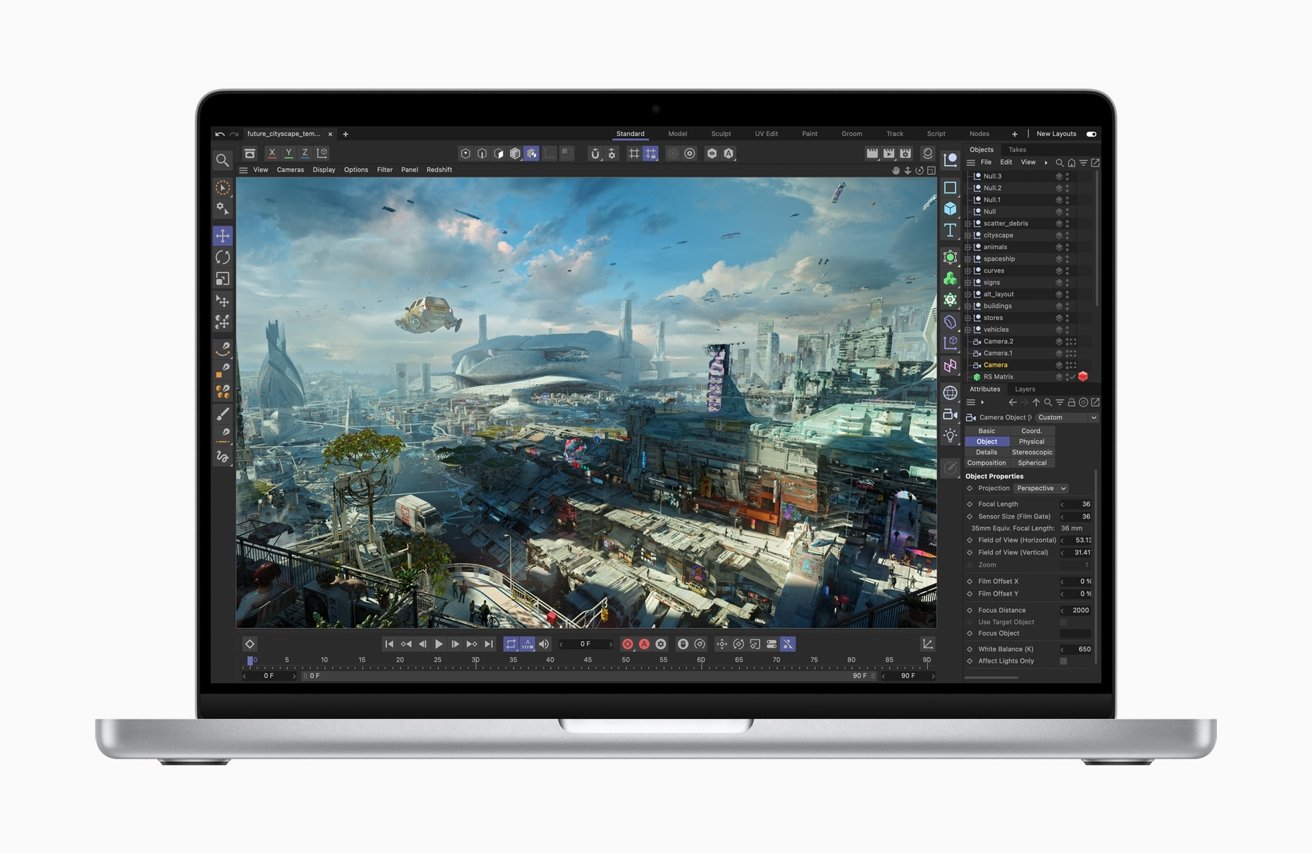 The M1 Pro and M1 Max will make the 14-inch MacBook Pro an impressively powerful notebook.

Driving the new MacBook Pro size is an Apple Silicon chip, continuing Apple's transition away from Intel processors. It can be configured with either the M1 Pro or the M1 Max, while memory can be configured from 16GB to up to 64GB.

Storage starts from 512GB, rising up to 8TB at the highest capacity.

The Touch Bar from earlier MacBook Pro models has disappeared, in favor of full-size function keys. Touch ID is still available, in the top-right of the keyboard.

On the sides are ports that are making a return to the device. This includes an SD card reader slot, as well as HDMI for video out on the left-hand side alongside one Thunderbolt 4 port, while the other side has two Thunderbolt 4 ports, a headphone jack, and MagSafe 3, which enables fast charging in the Mac for the first time. 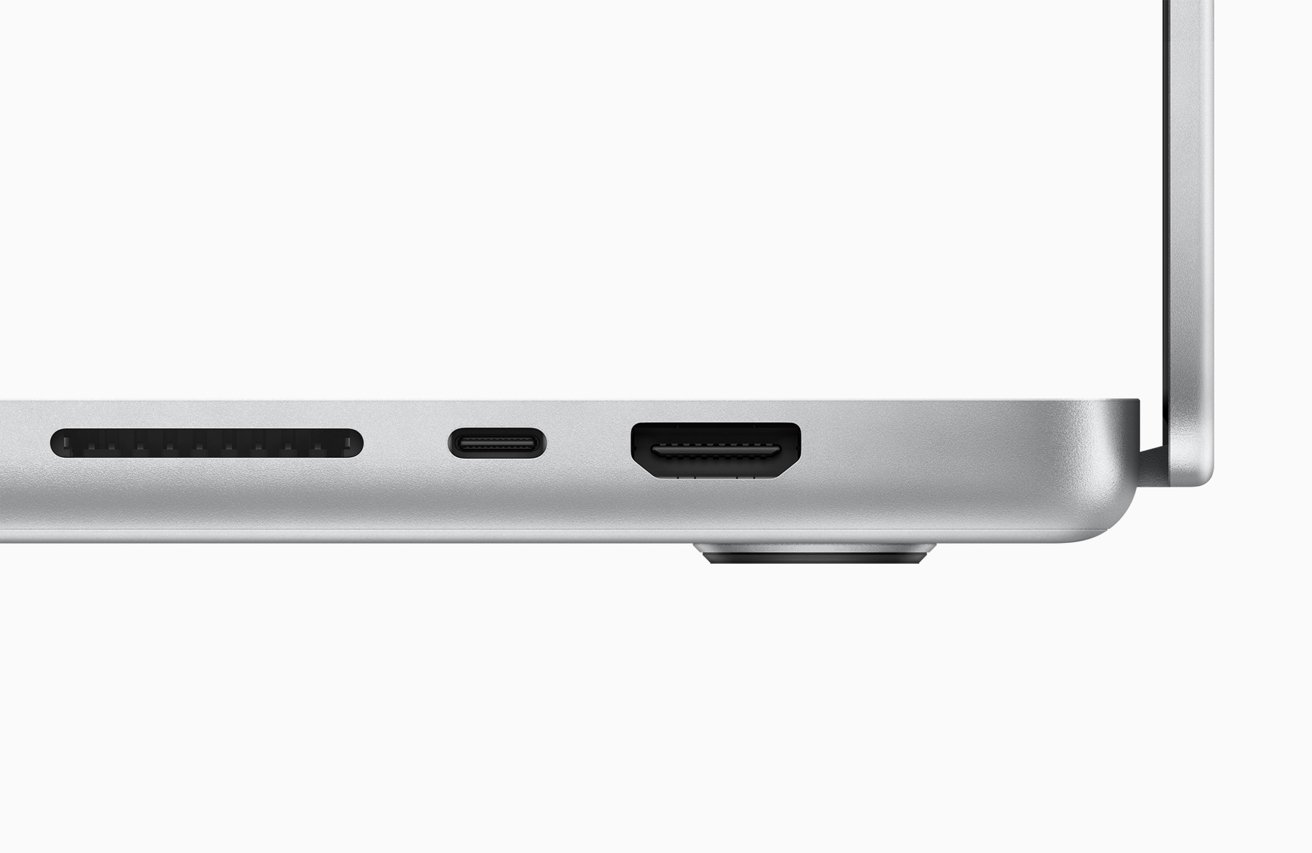 HDMI and SD card support return to the MacBook Pro after a few years away.

For wireless connectivity, there is support for Wi-Fi 6, as well as Bluetooth 5.0. Audio is provided by a six-speaker system with force-canceling woofers, with support for spatial audio on the speakers themselves.

If you push the configurator to the other end of the scale, you can set up a 10-core M1 Max with the 32-core GPU, 64GB of memory, and 8TB of storage. Adding these options brings the maximum cost for the model up to $5,899, excluding pre-installed software options.

Preorders for the 14-inch MacBook Pro are now open, with orders expected to arrive with customers from October 26.