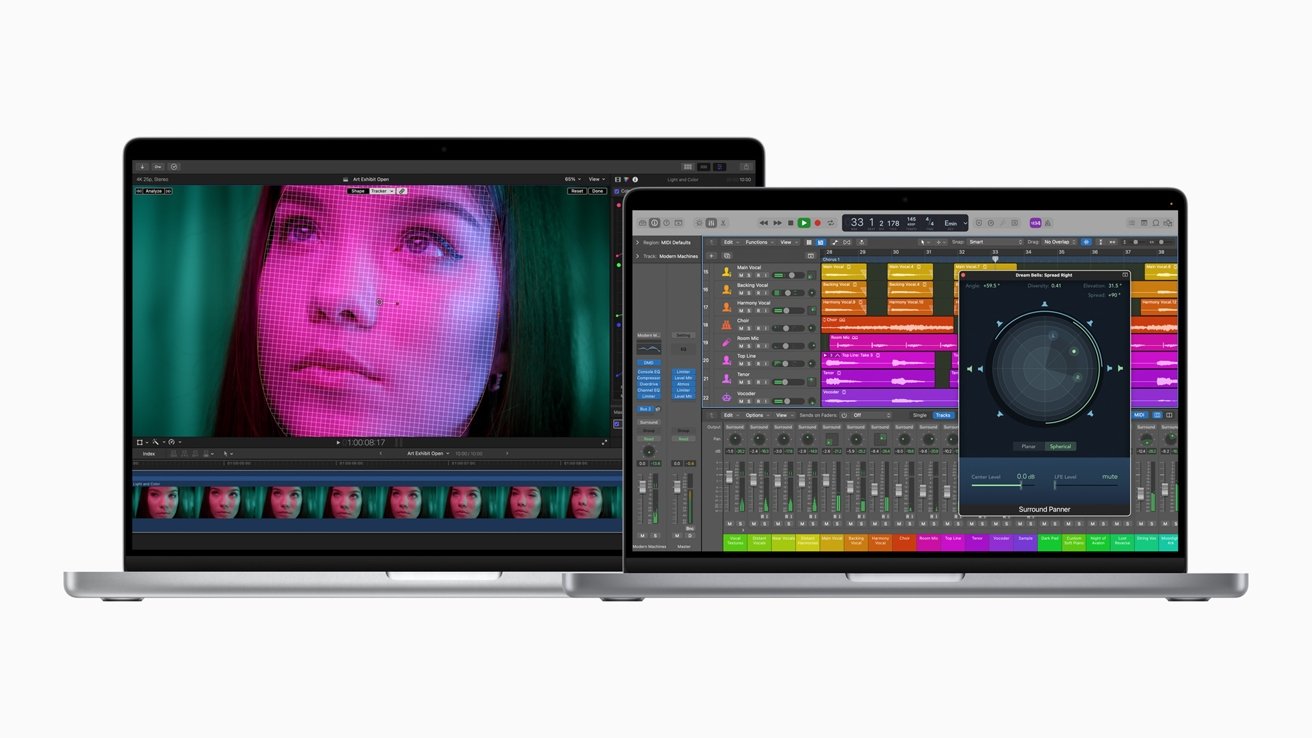 Logic Pro now also comes with a complete set of tools for creating spatial audio music. It allows users to mix and export their songs in Dolby Atmos for Apple Music. Musicians and producers can also also use up to three times as many plugins for recording.

It also comes with the new producer packs introduced in GarageBand over the summer, including beats and samples created by Tom Misch, Oak Felder, Mark Ronson, and Boys Noize.

"The world's most creative people use Final Cut Pro, Logic Pro, and the Mac to make the memorable movies, TV shows, online videos, songs, and soundtracks that we all enjoy," said Bob Borchers, Apple VP of Worldwide Product Marketing. "With the combination of powerful new features in Final Cut Pro and Logic Pro, and the unprecedented performance from the MacBook Pro powered by the all-new M1 Pro and M1 Max, pros will be able to push the limits of their creativity like never before."