AppleInsider
Posted: October 20, 2021 2:01PM
in iPhone
Twelve South announced its latest wireless charger on Wednesday, the PowerPic Mod. This 10W wireless charger can hold a picture behind a pane of acrylic, allowing you to customize it to your liking. 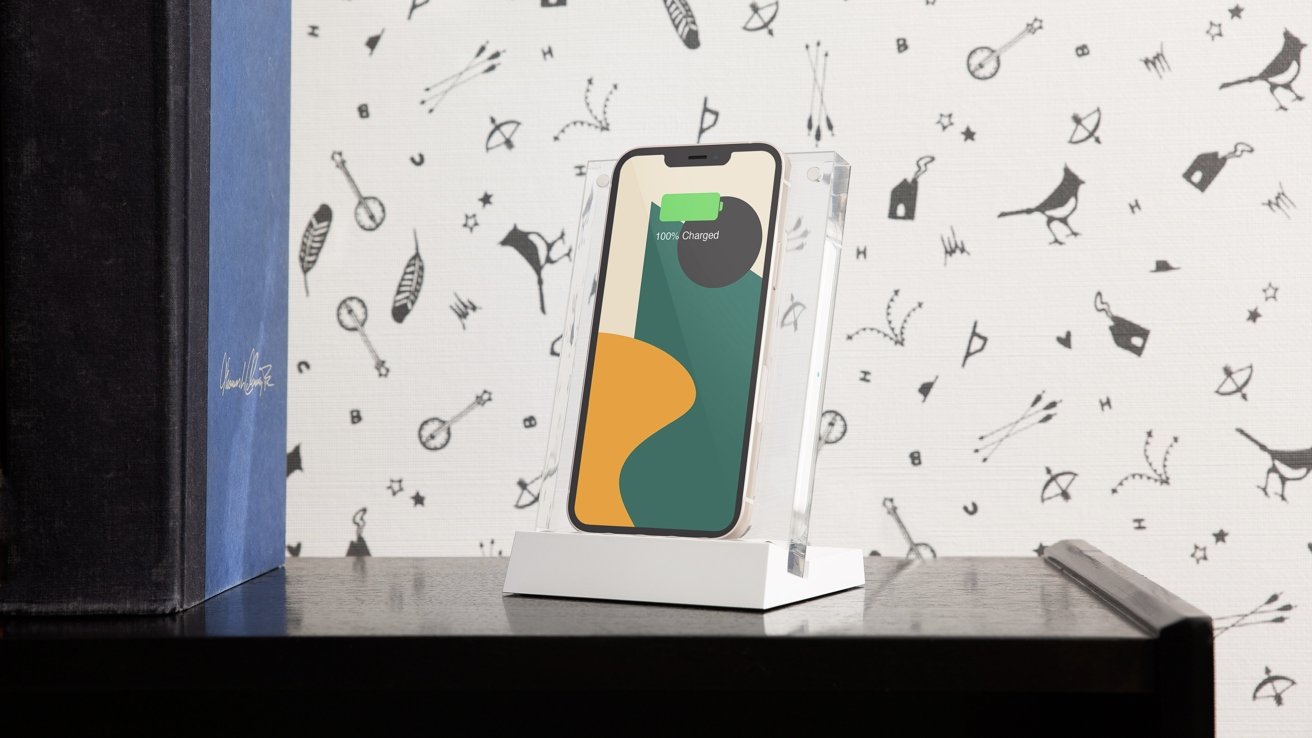 PowerPic Mod is made from a slab of acrylic with a wireless charging system inlaid in the center. It has three Qi coils that allow for charging in multiple positions as well as supporting multiple phones. It can power an iPhone at up to 7.5W, Android phones at up to 10W, and even can charge up a set of AirPods Pro. 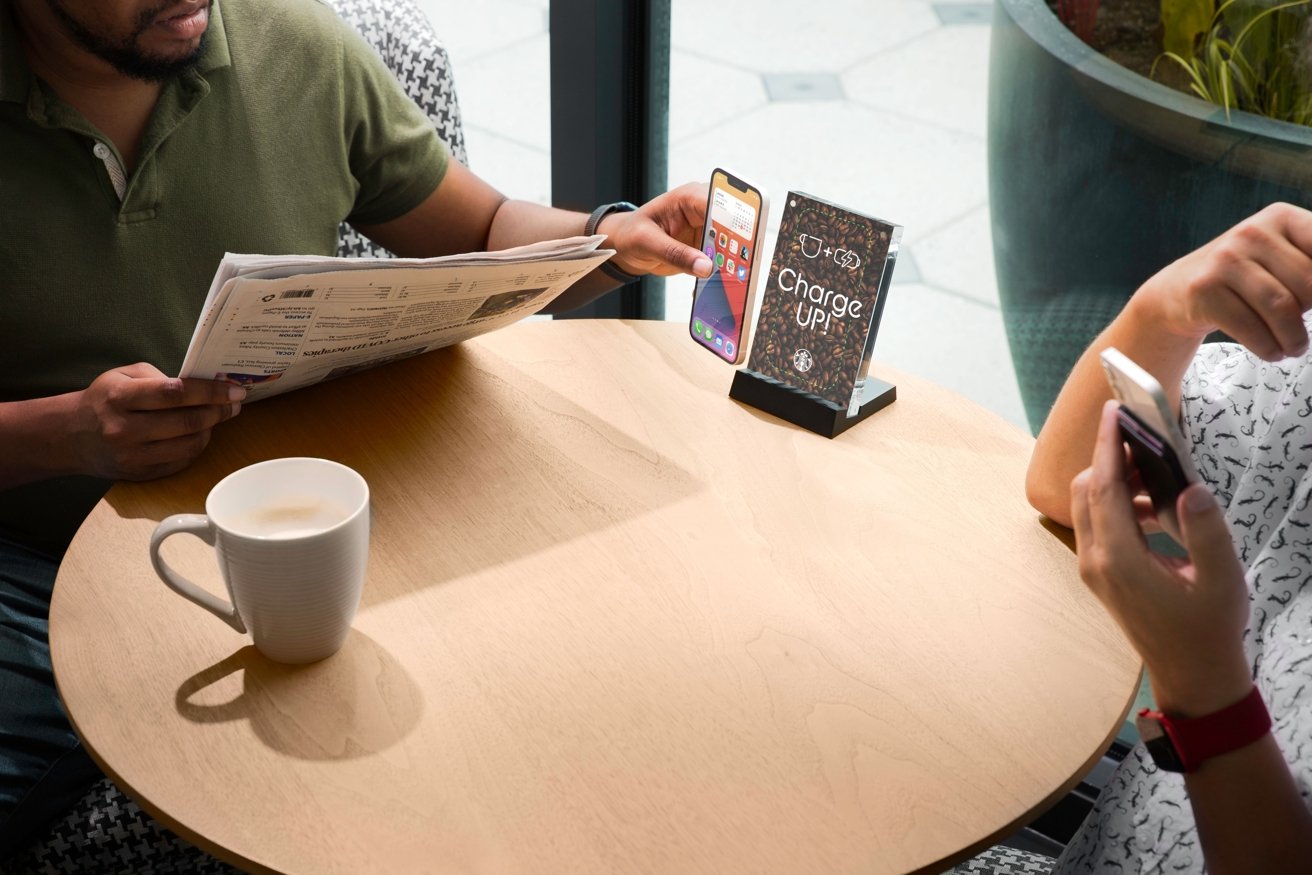 PowerPic Mod with an instructional insert

The block of acrylic can be positioned vertical, as well as horizontal. It measures four inches by six inches, allowing a four by six photo or other graphic to be inserted. Twelve South recommends inserting your favorite photo, a slide of wallpaper that matches the room it's in, an advertisement for your business, or instructions for people to place their phone down to charge. 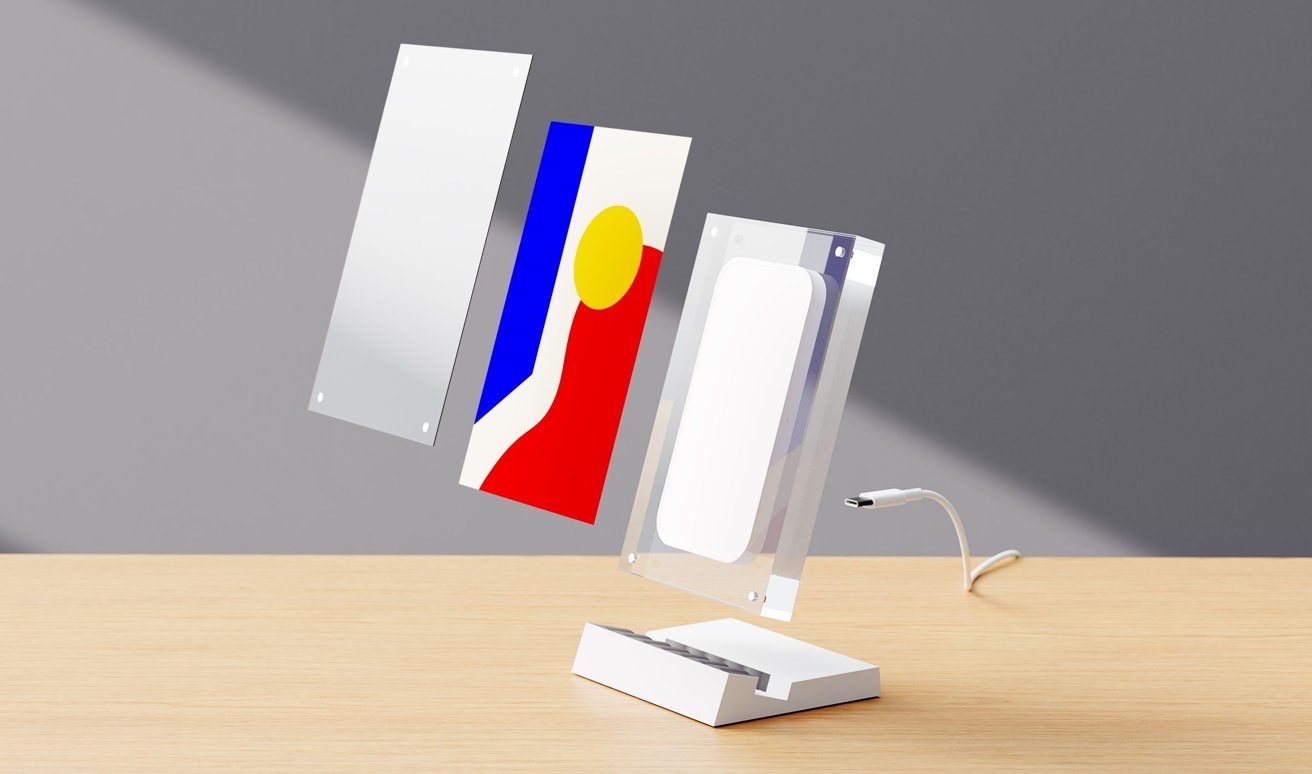 Since the block of acrylic is clear, it can easily blend into most rooms. The base it sits on comes in either black or white colorways and it is powered by USB-C. A USB-C cable is included but the requisite 20W USB-C power brick is not.

You can order the new Twelve South PowerPic Mod now from the company's website for $59.99.