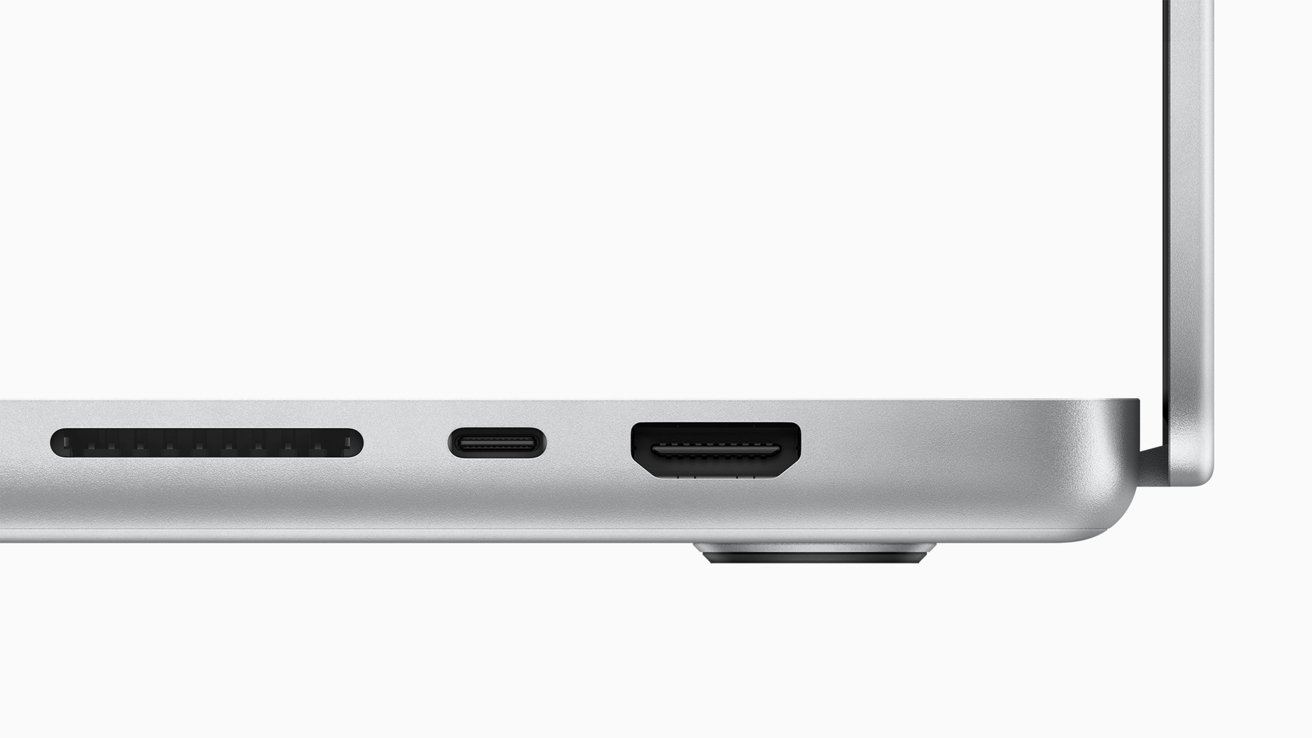 The UHS-III standard, which supports the fastest SD card read and write speeds, was first introduced in 2017. Some professional users had hoped that Apple would opt for the newer and faster standard on the 14-inch MacBook Pro and 16-inch MacBook Pro

Apple's 2021 MacBook Pro models are the first in years to feature ports other than USB-C. They come equipped with the aforementioned SD card slot, as well as an HDMI port for connecting to displays or TVs. Like the SD card slot, Apple's HDMI port is midrange -- limited to HDMI 2.0, instead of HDMI 2.1.

The new MacBook Pro models also feature a trio of Thunderbolt 4 ports and the return of an Apple MagSafe-style charging port. Users can charge their new Macs with either the MagSafe 3 port or any of the three Thunderbolt ports.