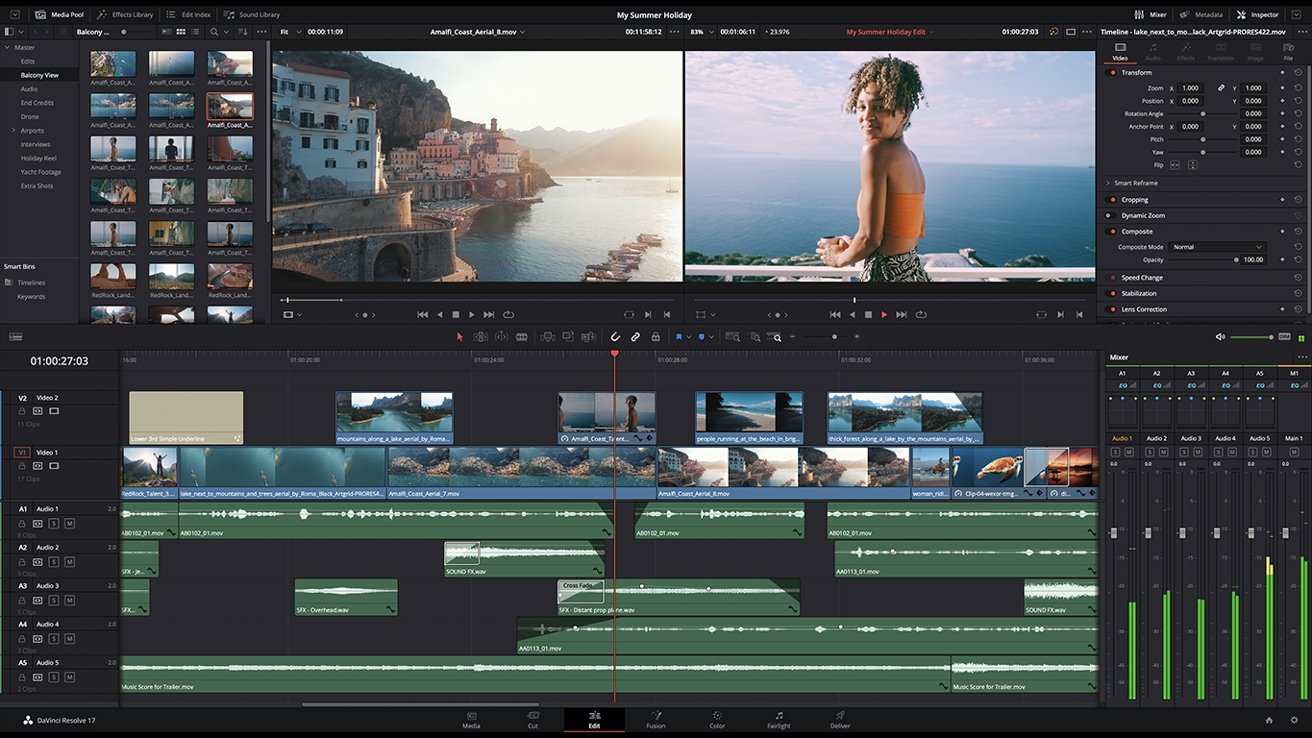 DaVinci says that overall, the Resolve 17.4 update improves the decoding speed of 12K Blackmagic RAW files by a factor of three, and rendering H.265 files is 1.5 times faster. This combined with the hardware speed improvements of the M1 Pro and M1 Max makes the overall speed up to five times faster for most uses of the application.

Facial recognition, object detection, and smart reframing are now up to four times faster thanks to increased Neural Engine performance on the M1 Pro and M1 Max.

There have been improvements made to the subtitling features, such as automatic resizing of backgrounds and cursor placement when creating captions.

Other key updates include new Resolve FX including film halation, an improved 3D keyed and matte finesse controls, and the ability to export timeline marker titles as YouTube video or Quicktime chapters.