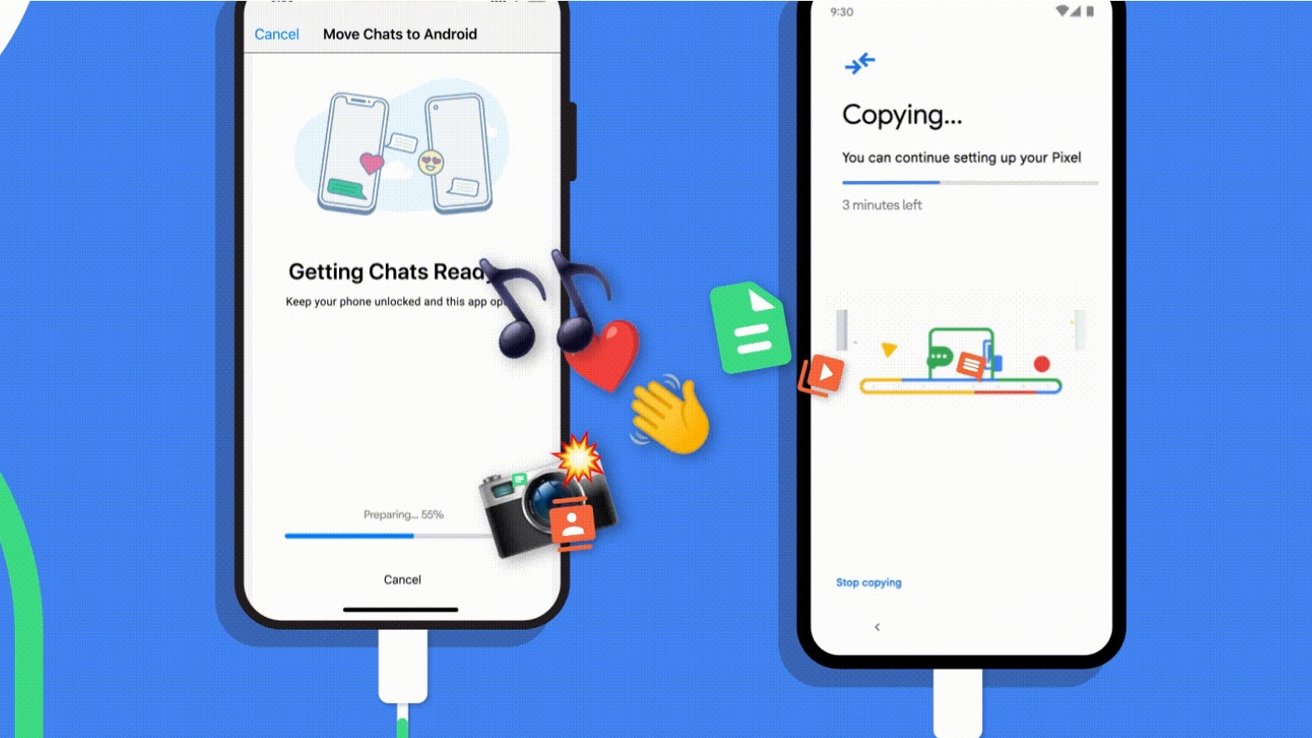 All Pixel phones now support WhatsApp chat history transfers from iOS, Google said in an update to its blog. The feature is also rolling out to new smartphones that ship with Android 12.

"Your WhatsApp chat history will simply be copied from your iPhone to your new Android phone, and we'll automatically make sure you don't receive new messages on the old device while the transfer is in progress," said Paul Dunlop, project manager at Google.

Google streamlined the process to enable fast and secure data transfers. Users who purchase a new Pixel or Android 12 smartphone will see an option to migrate WhatsApp data during the setup process. Connecting an iPhone via a USB-C to Lightning cable and scanning a QR code displayed on the target Android device will launch WhatsApp on iOS and move over conversations, media and more, Google says. A manual option can be accessed in the WhatsApp settings menu.

WhatsApp announced iOS-to-Android chat history transfers at a Samsung hardware event in August and the Korean tech giant's devices were first to take advantage of the feature. An Android-to-iOS version is expected to launch at a later date.

It is unclear if the new WhatsApp transfer tool will prove beneficial to mobile platform churn, but messaging histories, photos and other difficult to transfer data are notorious contributors to platform stickiness.