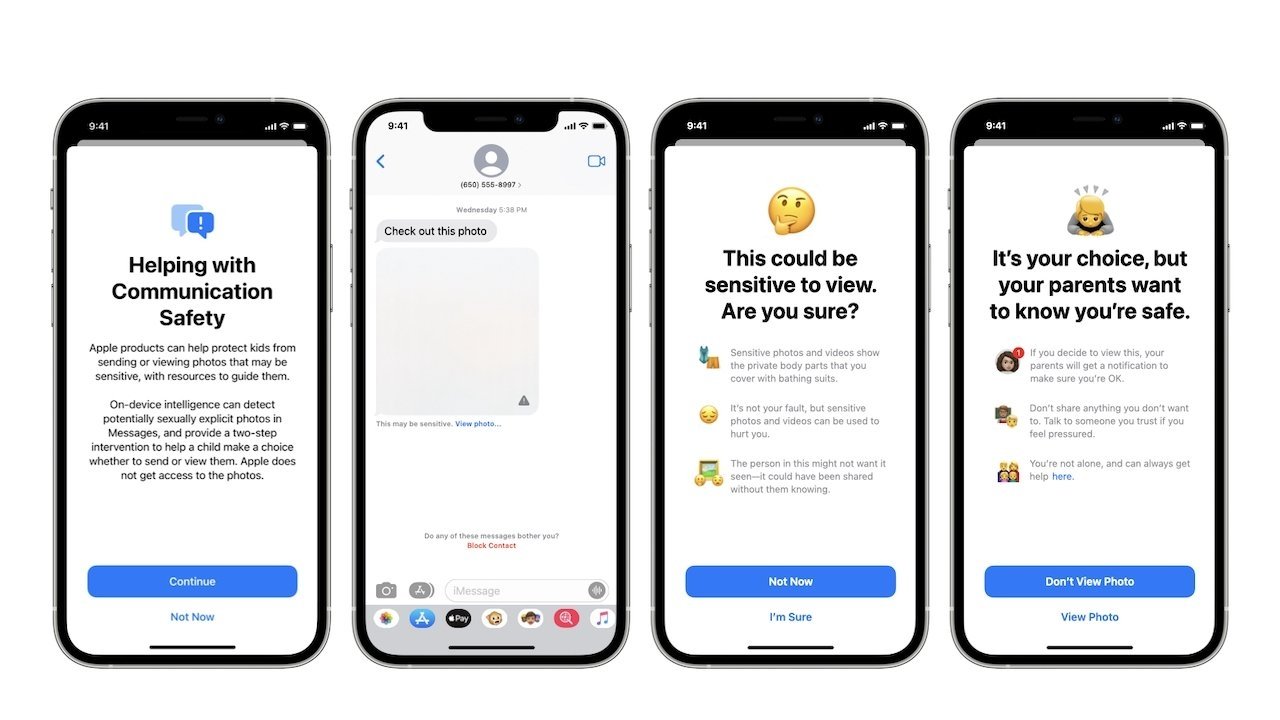 Announced at this year's Worldwide Developers Conference in June, Apple's App Privacy Report provides a detailed overview of app access to user data and device sensor information. The feature adds to a growing suite of tools that present new levels of hardware and software transparency.

Located in the Privacy section of Settings, the App Privacy Report offers insight into how often apps access a user's location, photos, camera, microphone and contacts over a rolling seven-day period. Apps are listed in descending chronological order starting with the last title to access sensitive information or tap into data from one of iPhone's sensors.

Apple's new feature also keeps track of recent network activity, revealing domains that apps reached out to directly or through content loaded in a web view. Users can drill down to see which domains were contacted, as well as what websites were visited during the past week.

Built in to Messages, the feature automatically obscures images deemed inappropriate by on-device machine learning algorithms. When such content is detected, children under 13 years old are informed that a message will be sent to their parents if the image is viewed. Parental notifications are not sent to parents whose children are between the ages of 13 and 17.

Messages will display a variety of alerts when images are flagged, according to code uncovered by MacRumors contributor Steve Moser:

According to the report, the mechanism alters messaging depending on a user's age:

Communication Safety is part of an initiative that seeks to limit the spread of Child Sexual Abuse Material (CSAM) across Apple's major platforms. Announced in August, the three-pronged effort involves the Messages feature, updates to Siri and Search, and a CSAM detection system for photos stored in iCloud. The latter feature, which hashes and matches user photos marked for upload to iCloud against a hashed database of known CSAM, saw significant pushback from industry experts and privacy activists, prompting Apple to postpone launch in September.

Update: Apple has informed MacRumors that Communication Safety will not debut with iOS 15.2, nor will it be released as reported.