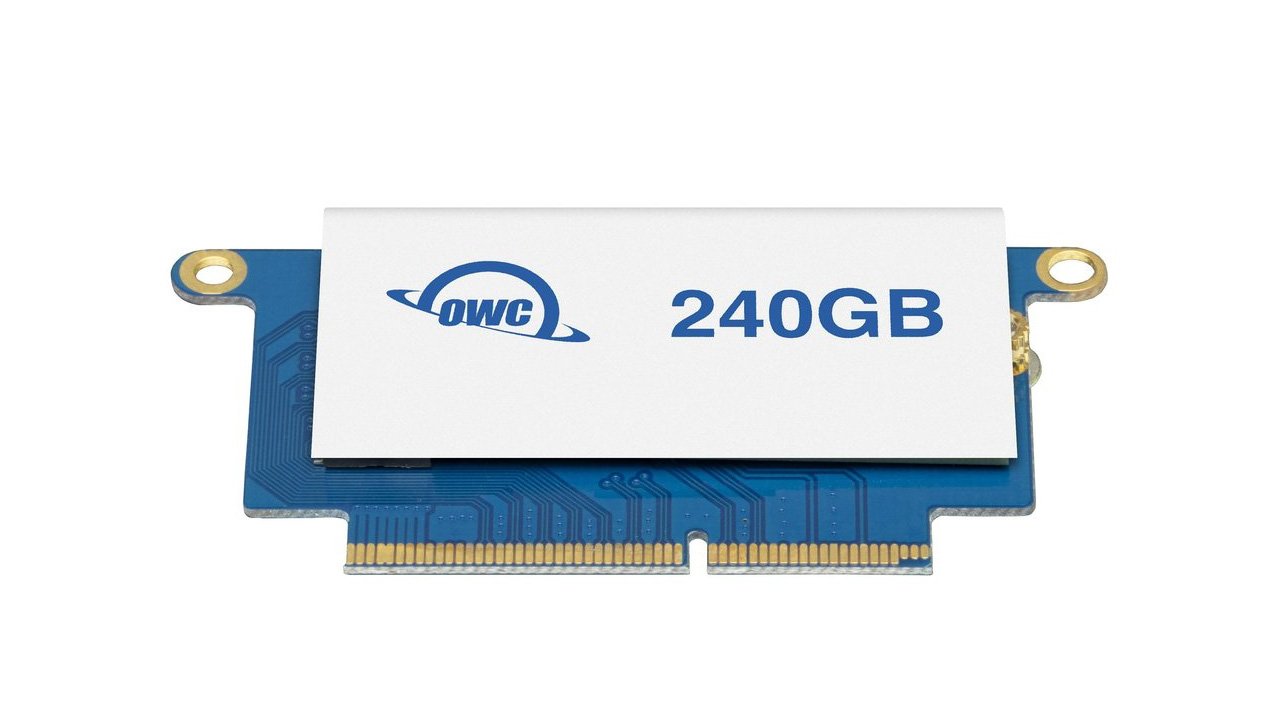 The Aura Pro NT High-Performance NVMe SSD is an aftermarket drive upgrade for non-Touch Bar 13-inch MacBook Pro devices made between 2016 and 2017. Since that model is up to five years old now, the SSD upgrade can allow users to keep up with increasing files sizes and performance requirements.

It also provides better performance than the drive that came with the non-Touch Bar MacBook Pro. OWC rates the Aura Pro NT as providing speeds up to 2,720MB/s, which should bump up the performance of workflows, backups, or overall system responsiveness.

"With up to 16x more space over factory drive options, this high-performance SSD will keep your Mac running optimally for years at a fraction of the cost of buying a new model while keeping all your settings just the way you like them," OWC says, regarding the offering.

As mentioned, the drive is only compatible for 13-inch MacBook Pro models made between 2016 and 2017 that lack a Touch Bar.

The OWC Aura Pro NT is available in 240GB, 480GB, 1TB, and 2TB options, and starts at $89. Each SSD also comes with tools for easier user installation.